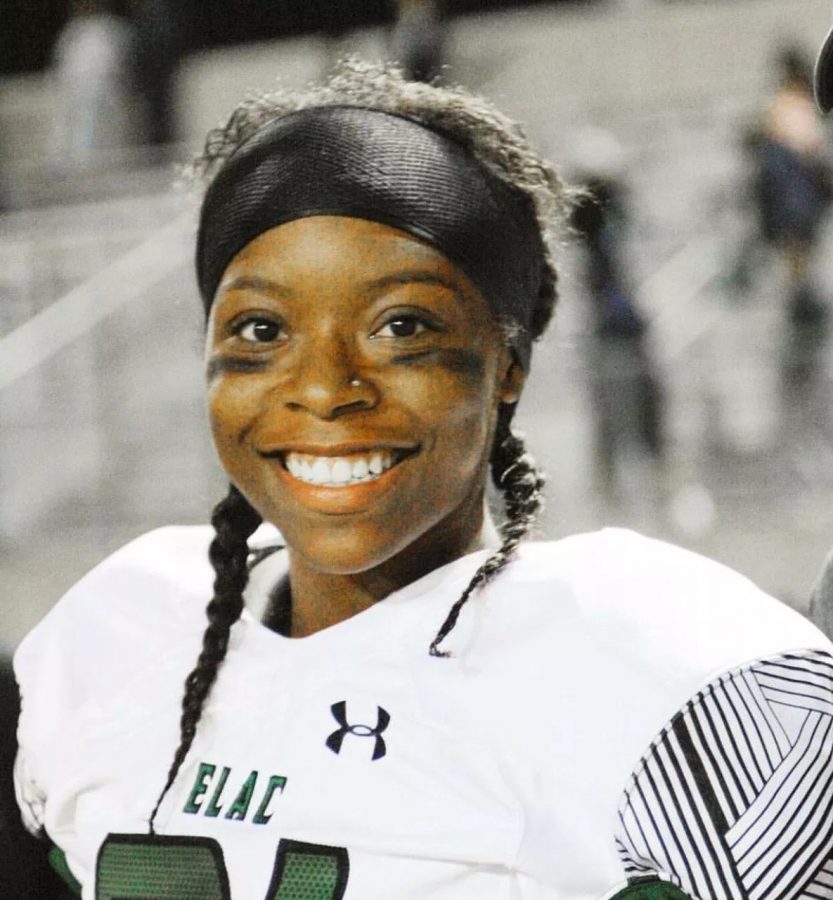 Toni Harris, an honors student at East LA college, became the first female to play for a college football team. This is a groundbreaking development for female athletics across the world. College football is one of the most competitive college sports between males – for a female to participate on the team is completely unheard of. If Harris performs well compared to her male counterparts, this could mean that the gap between the ableness of male and female athletes could potentially be narrowed. This is great news for not only Harris, who intends to compete in Football at the highest possible levels, but also young women the world over who aspire to participate in the same sports as men.

Harris, a native to Detroit, went through the foster system as an adolescent and faced many hardships along the way. One of which was her battle with cancer that afflicted her when she was only 18. Now, at 22, Harris has signed with Central Methodist University in Missouri for a full scholarship to play defensive safety. To call Harris tenacious may be an understatement – she has shown incredible dedication to live her very best life by pursuing higher education and athletic opportunities and overcoming obstacles that prove fatal to many other people here in the United States.

As mentioned before, Harris is setting her sights beyond the college football scope. She hopes to play in the National Football League while also pursuing her work in Criminal Justice. From this point on, many eyes will be on Toni as she proves herself in both her athletics and career and we are all interested to see where she may grow from here. One the is clear: she is sure to be a idol for many young people in the future.