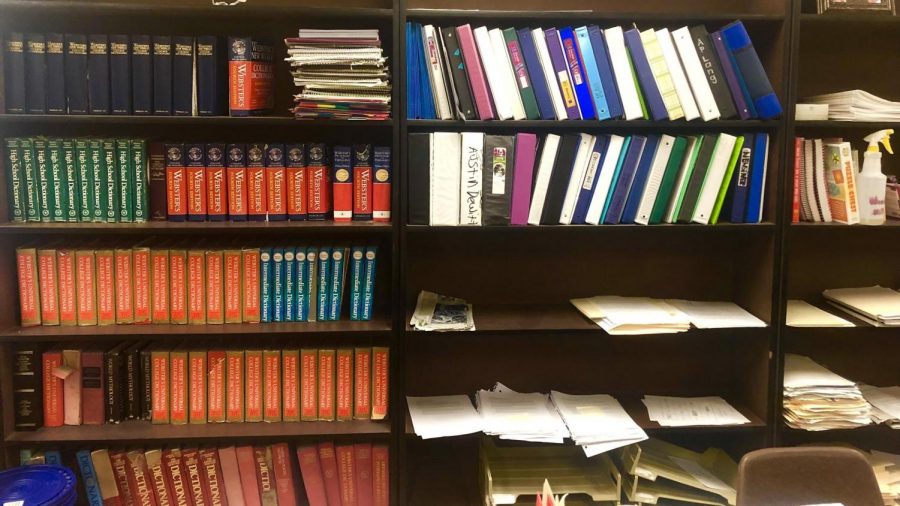 We all felt school started a little too early this year, us students still wanted a whole other month for summer break. What about the teachers though? Are they stressed about the school year starting again? I decided to dive in and see what teachers do to get ready for a new school year, to really see if they are ready to face the year head on.

I walked into Mr. Harvey’s classroom, ready to interview him. He was already talking to a few students about school work. I waited patiently to interview him. Every time I go into Mr. Harvey’s classroom, it’s always busy with kids getting help with, finishing a test, or simply just chilling out in his room during lunch because his students feel welcome to come in and sit down with him.

I asked Mr. Harvey, a teacher here at FMHS who teaches AP Microeconomics and AP World History, a series of questions regarding him being a teacher, and what he does to prep himself and his students for a new year. First I asked him what gets him excited for the new year.

“Coming back to see the kids. I love being around teenagers and teaching.” We all can agree that Mr. Harvey is an easy teacher to talk to, even though he may seem intimidating sometimes, he loves talking with his students and getting to know them. He’s genuinely interested in his students interests and lives.

I began to ask him what his least favorite part of the school year is.

“I get disappointed seeing students not go above and beyond.” Mr. Harvey explains that he teaches hard AP classes and at the beginning of the school year he preps his students for the large workload that they’ll be receiving. He reminds them that his classes are a huge time commitment.

Mr. Harvey continued to explain what his favorite part of the year is. He explained that he loves hearing from the students when they do group work. He wants teens to think for themselves and by doing so Mr. Harvey gets to hear their ideas.

Mr. Harvey told me when I asked about his preparation plans, that sometimes with his classes he receives assignments or plans halfway through the year. When that happens he feels he’s more “reactive rather than proactive.”

Mr. Harvey puts a lot of time and effort into his preparation for the new year, and he genuinely cares about his students. It’s not easy being a teacher, especially an AP teacher. Even though Mr. Harvey makes it look effortless, when I asked him questions and really got to know what he does to prep himself and his students, it made me realize just how hard he works at his job.