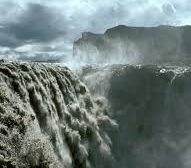 End of The World?

The year 2012 can feel like a bad dream. With questionable fashion choices and poor life decisions, most of us may prefer to forget that year. But if we do sink back into the depths of our memory, 2012 did have one highlight, and that was the apparent end of the world, getting so much attention it even got a movie. Sadly, that didn’t actually happen, but many still have hope.

The most popular theory right now is the prediction by Jeane Dixon that says the world is going to end on January 1st, 2020. Dixon is a self proclaimed psychic and astrologer and is well known for her astrological predictions. Other theories place the end of the world in 2021, 2026, 2129, and more.

But does the average person believe that the end of the world is coming, or do you have to be a self certified astrology professional to believe? Apparently, many people do believe that the world will end, just not in the near future or because of some form of apocalyptic monster. Chloe Thompson, a sophomore says “I think that climate change is going to be the end of the world.”

That is a popular theory going around right now, many people claiming that carbon emissions caused by humans will lead to the end of the world. Many people on the internet even say that the end could begin in 50 years if humans continue on their current path.

Sophomore Evee White, however, takes a bit more of a unique opinion. “I think the world is just going to fall apart, like sand.” That is one theory that doesn’t seem to exist yet, but who’s to say that makes less sense than any other theory.

Neither of them think that the world will end in 2028, and they didn’t believe it back in 2012 either. They might not be quite as fanatic as other people, but like most people, they both hold a firm belief that it will end someday; they just don’t know when.

None of us know when the world is going to end, but don’t worry, there’s many possibilities. We’ll just have to wait and see, so here’s hoping.