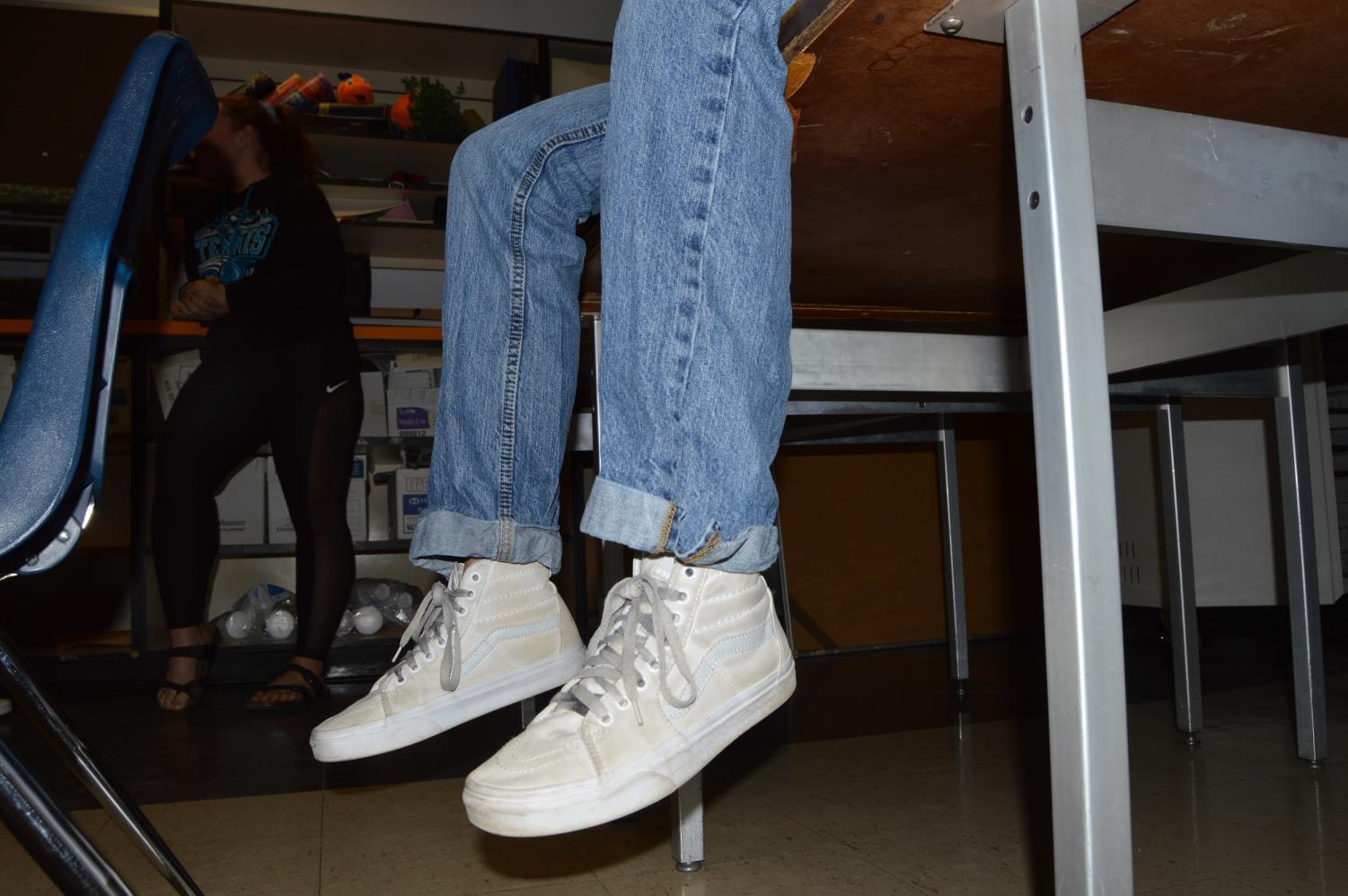 Fashion is constantly changing. That’s one of the aspects of the industry that makes it so great. While your grandma might think something is stunning, you’d consider it a bit drab. So, let’s take a trip into the past and see what made high school trendy through the decades.

From pleated poodle skirts to pearl necklaces, the Fifties were a fun and flirtatious time. The war was over, and teens had more time to enjoy themselves. Greaser boys were commonly seen with cuffed jeans, button down shirts, letter sweaters, or leather jackets. Girls were still limited to feminine styles, rarely wearing pants or shorts. Some common items worn were tea-length dresses, kitten heels, collared blouses and pastel colored cardigans.

The beginning of the hippie movement, styles became slightly less conservative. While wearing jeans in public were the equivalent of sweatpants today, women still began showing more skin than ever before. London became the center of the fashion world as the ‘Mod’ style evolved. Some common pieces included mini-skirts, go-go boots and the pillbox hat. Of course the Sixties wouldn’t have been the same without the psychedelic prints and fluorescent colors.

The denim craze continued into this decade with the classic bell bottoms. Corduroy and parachute pants were also relevant. Casual wear became more common, with tie-dye t-shirts and comfortable shift dresses. Vogue Magazine even mentioned, “There are no rules of the fashion game now. You’re playing it and you make up the game as you go.”

The eighties were extremely well known for the bright neon workout wear and excessive shoulder pads. Statement sneakers and bomber jackets were also popular. The epitome of pop music, the eighties were all about fun. Wild hair and bold makeup added to the trends. Acid- wash denim and jean jackets became a staple that would last for generations.

Known for the grunge movement, nineties fashion highlighted baggy, skater- inspired clothing. Guys took a liking to oversized flannels and girls were fans of chunky heels and slip dresses. The nineties was also the highlight of Nickelodeon shows, where characters were  often seen sporting classic striped T-Shirts and overalls. Other media like the hit movie “Clueless” showcased a modern-preppy look with plaid mini-skirts.

Perhaps this decade was the most risky in the fashion world. From crazy bling-studded or lace-up jeans, to Ugg boots, to chokers and butterfly clips, and JEANS UNDER EVERYTHING, the 2000’s were definitely an adventurous time. Low-rise everything and Juicy Couture tracksuits really set a low bar for the new century. However, the digital age was born and our world would never be the same.

Alternative styles have truly been revived this past decade. The athleisure industry has blossomed; sweatshirts, leggings, and tennis shoes are staples in the average person’s closet. Social media influences us more than ever and a hipster style has evolved. We see celebrities sporting tiny sunglasses, tube tops, see-through items, chunky sneakers, and classic loose-ripped jeans. As you can tell, fashion trends are ever changing. Who knows what we’ll see in the 2020’s. Some FMHS students have made some predictions. While they wish to remain anonymous, some insights included “less is more”  and “Honestly I feel like low rise jeans might come back.” Others believe the emo and gothic style might flourish. “Well you know MCR is coming back. E-girls are in style.” Only time will tell what becomes a fashion do or a fashion don’t.