Drama Club: What Goes on Backstage? 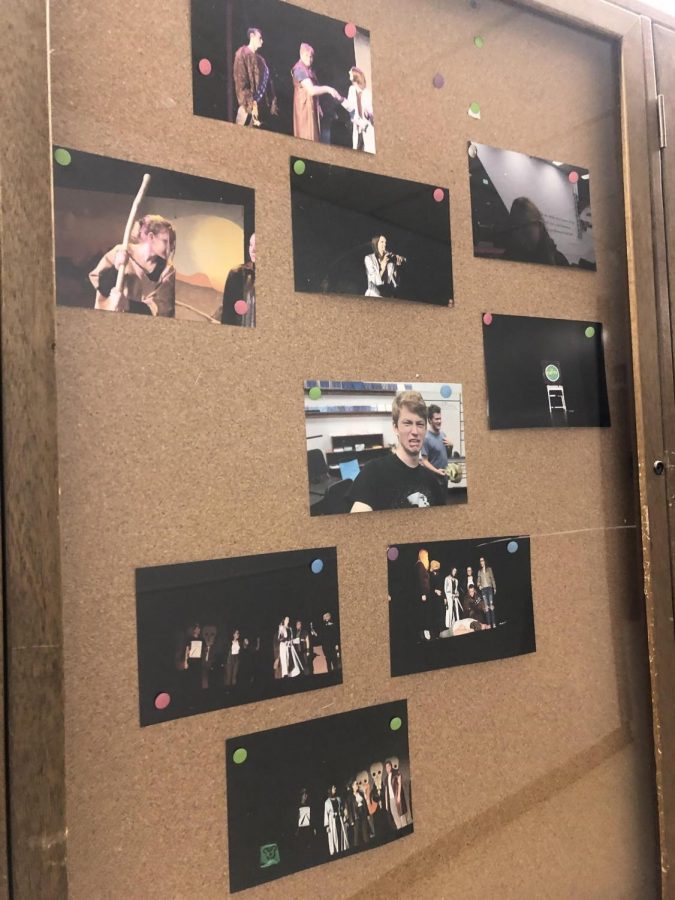 Drama clubs and theater groups are a staple of almost every high school. Their presence is unwavering, and with various shows in production throughout almost the entire year there’s always something happening in the auditorium. Despite the cycle of production that drama club takes on, relatively little of the school takes a close look at drama club. The only time the club comes to light is during the three show nights, but much more goes into producing a show than many people think.

The Fruita Monument Drama Club is made up of around 30 students from this school and the 8/9. The club’s productions in the past have included famous musicals like “The Wizard of Oz”, as well as lesser known shows like “Almost, Maine”, and even originals like “Faust: The Infinite War”. The club has also produced older shows like “A Doll’s House” and new shows like “Star Stars”. Fruita’s drama club has the range to cover it all.

The drama club productions have been directed for the past five years by teacher Christian Herring.  Assisting him in club management is the officer team, made up of president Emily Hibberd, a senior, stage manager Braedyn Bleak, a senior, and vice president Ryan Davis, a sophomore.

The drama club of Fruita Monument High School is different from many others, as it takes on three shows a year rather than two. This tradition goes back to the previous director of the drama club, Brian Palmer. “When I took over five years ago, Mr. Palmer was still here, and that was just sort of a tradition that he had started,” Herring says. “He was just really passionate about theater. He said, ‘I think Fruita Monument should do three shows every year.’”

The tradition has continued, and every year the club takes on two plays and one musical. The shows for the 2019-2020 school year have been “Faust: The Infinite War” and “Star Stars: The Franchise Awakens.”

Currently in production is this year’s musical, “Cyrano de Burgershack”. This musical is filled with modern songs from artists like P!nk, Bruno Mars, Smash Mouth, and Katy Perry. Musicals tend to be large productions, and they’re harder to produce than plays. “It’s just so many more moving parts,” Herring says.

The choir teacher, Jessica Hanley, also helps with the production of the musical, but there are still many challenges to directing it. “You’re not just worrying about acting and blocking and people learning their lines; you’re concerned about everything fitting to the music.” Herring says.

Herring enjoys directing theater, and for him “the very best part is just knowing that even if it’s hard work and stressful sometimes, most of the kids in the club really look forward to doing drama after school. Just knowing that you’re providing a safe, fun place that’s an activity that people look forward to, I think that’s really fulfilling. Just seeing people’s faces kind of light up a little bit as they walk into practice it’s like ‘Oh this is really cool’, it’s really special.”

Despite the drama club being known by the majority of the school for only the finished shows, the club’s bonds are formed in the time between auditions and those show nights. From the first time the cast sits down to read the play, to getting sets and costumes finalized, to getting lines memorized, and then the nerves of the first show in front of an audience, it all comes together to make the drama club what it is.