The Cold Case of Christi Thornton 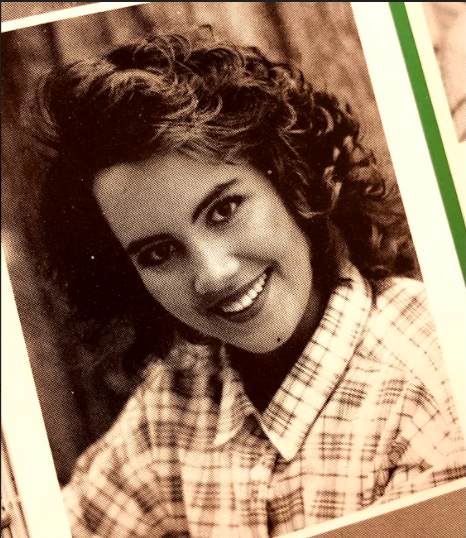 Losing fellow classmates is never easy, and for the FMHS students of 1990, Christi Thornton’s murder was a tragedy.

For many, including our very own Psychology teacher- Leslie Anderson, it was a normal day at Fruita Monument High School when suddenly the principal announced over the PA system that Christi Thornton had been a victim of “fowl-play”.

It turned out that Christi Thronton, beloved senior who attended Fruita Monument High School in 1990 was found murdered in December of 1989 after having lived in Fruita for a mere four months.

“I did know Christi Thornton. She moved here from Texas at the beginning of senior year in 1989. We shared Chemistry class together. That day the teacher brought me and another student, Deedra, aside and asked us to befriend Christi- and we did,”revealed Anderson. “She was so nice and sweet and really pretty. I was surprised when I learned that she was dating Jason Romero because their personalities were completely different. He was the class clown.”

Thornton, pregnant at the time, had visited Romero at the Taco Bell near the Mesa Mall- where he worked. Romero stated in the Daily Sentinel that he “never got around to talking to her” however this statement conflicts with the testimonies of his coworkers. According to Sue Stancliff, then Taco Bell employee- shortly thereafter, Romero took a 30 minute break and didn’t return until 45 minutes. He returned with many injuries.  According to a story by journalist  Greg Grant, in the Daily Sentinel published in 1992, “Romero said the scratches on his arms came from the family cat. The injury over his eye, he said, came from when he bumped his head on the door of his truck.“Later that night, around 11:00 pm, Christi Thronton’s mother called Deedra Copeland, anxious because Christi never missed her curfew.

“I will never forget the sound of Christi’s mom’s voice when she called me the night she was missing. She asked me to call all of Christi’s friends to start asking around. I did not sleep that night and was on the phone with Jason until around 2am. He told me that I should just go to sleep and that she probably was just trying to scare her mom because she did not like her stepdad.”, stated Copeland.

At 3:35am, Thornton was found dead in the Walter Walker Wildlife area.

“If my memory’s correct, Jason Romero was arrested in school for the murder of Christi Thornton, he was not read his rights, nor were his parents aware of his arrest, and he was underage- he was only 17 at the time,” said Anderson.

Romero became the number one suspect in Thornton’s case, and he received three trials. However, Mesa County was unable to convict Romero because of the previous conditions of his arrest. The Colorado Children’s Code provides that a juvenile who is arrested must be released to his parents unless the protection of the community is at risk. If a juvenile, such as Romero, is taken into custody then they must receive a detention hearing in order to then be released, unless a judge grants otherwise.

Chief Deputy District Attorney Frank Daniels argued that “Romero is not entitled to the protections of the Children’s Code because he is no longer a juvenile and has been charged as an adult in Thornton’s murder.”

There is much debate, even currently, whether Romero is guilty. Much is unknown about the case and there has not been a great deal of effort to solve it. Former Investigator for the Mesa County Sheriff’s department has admitted that a mistake was made in the investigation, revealing that improper care of Thornton’s baby had ruined any chance of correct DNA testing. Deputies investigated for two and a half years yet due to laws that prohibit juvenile arrests and lack of proper evidence, the case has gone cold.

“Every time I see Christi’s mom we both tear up- I can’t imagine the heartache she carries every single day. I often dream that a conviction is made due to advanced technology and justice is served,”Copeland said.

We have several safety precautions in place here at Fruita Monument High School. Our students practice lockdown drills, we educate ourselves on the topic of bullying, and we are provided with safe outlets such as teachers and counselors. What happened in this case is related more to the concerns of our city rather than our school. When asked what safety precautions the school enforced after this tragic occurrence both Miller and Anderson replied with none. Anderson does believe though that people often gain a false sense of security while living in a small town because everyone feels safe around people that they’re familiar with.

The main takeaway for being safe is to always be aware of your surroundings and to learn how to defend yourself. One important thing to enforce here at Fruita should be educating our students on the risk of abusive relationships. Even if you’re in denial about your situation with someone, even if it’s a mere bit harmful whether that be mentally or physically- please get help.

Christi Thornton’s family will forever remain affected because of her tragic murder. Shanna Miller, FMHS ELA teacher, is close to Thornton’s mother, and states that she still often grieves for her beautiful daughter, yet that she has moved into a period of acceptance.