Ever Wonder Why There Are So Many Red Barns? 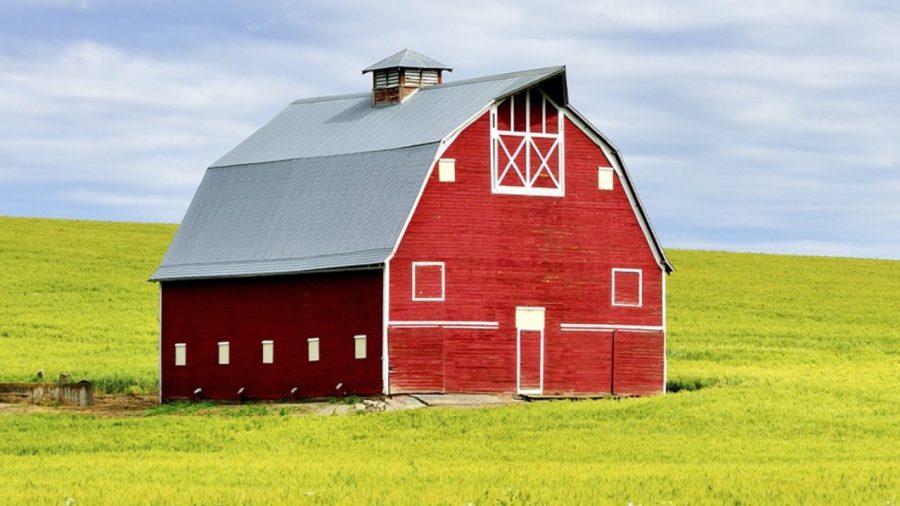 When people hear the word “barn,” many think of a big red wooden structure. Yet, why are traditional barns red?

When Arabella Jarvis, a Junior, was asked why she thought traditional barns were red she said, “I honestly have no idea as to why barns are red. However, I have often wondered the same question whenever I see a red barn.”

One myth states that barns were red so that cows could find their way back home; however, this is not the case as cows are both colorblind and they don’t have the brain capacity to comprehend such a thing.

Another myth is that red barns came from the Scandinavian people, who painted their barns red in order for it to look as though it was made of brick as this material was expensive and therefore was a sign of wealth. However, the real explanation for why barns are red is far more scientific than helping colorblind cows find their way home or showing off one’s social status.

Hundreds of years ago, before people had access to the resources and technology people now have, choices for paint as well as other things were very limited. According to the staff of the Farmer’s Almanac, an organization dedicated to educating people on various farming topics, “choices for paints, sealers and other building materials did not exist,” because of this, farmers had to use whatever they could find nearby in order to make the paint they needed to seal and protect the wood on their barns.

During this time period, linseed oil, an orange colored oil from the seeds of a flax plant, was very abundant in most places. Therefore, farmers would use this oil in making paint. Among linseed oil, they would use other things that were abundant on the farm such as milk. Then, this mixture would turn red as farmers added rust or iron oxide to the solution because “rust was plentiful on farms and because it killed fungi and mosses that might grow on barns,” therefore helping to preserve the wood, stated the staff of the Farmer’s Almanac. This tradition originally started in Europe. Yet, as more farmers moved to the United States this idea was brought with them.

Later, in the 1800s, when paint began being produced by chemicals, red paint was the cheapest, even compared to white paint. Farmers, who were usually poorer, would then buy the red paint to paint their barns. However, when whitewash was invented it was cheaper than red paint causing a rise in the number of white barns. Despite this, many barns are painted red in order to honor the traditional red barn.