Positive Psychology in the Super Bowl 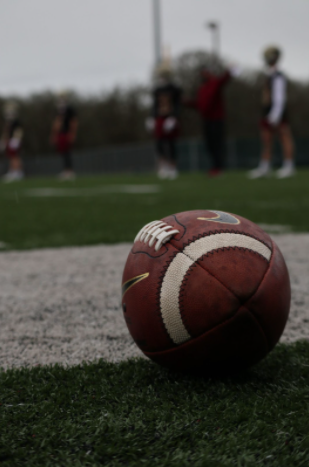 The Super Bowl, a highly celebrated event in American society, has rarely been considered a psychological event. But after the Rams’ victory in February, positive psychology has definitely been a considered factor. This being due to an influx of optimism among teams in a specific nature, that psychologists are deeming positive psychology.

We know that sports victories require adequate optimism and teamwork. The Rams displayed not only the teamwork piece, but also used a common strategy of positive psychology. For several decades, psychologists have studied the value in more emotionally intelligent coaching styles, and the Rams seem to be under the influence of this. They are known for their positive team chemistry, and often light-hearted environment. This doesn’t mean they aren’t working hard, however.

This style focuses on positive reinforcement, a strategy researched by B.F. Skinner’s model of operant conditioning. The rule of positive psychology simply states; ‘when you build an environment focused on nurture, positive reinforcement, and highlighting strengths and potential, you help people to be the best version of themselves.’ This was stated by Martin Seligman, the pioneer researcher on positive psychology throughout the late 1990’s, in an interview with Silicon Valley Change Executive Coaching. With factors such as communication, encouragement and overall optimism accounted for, the victory of the Los Angeles Rams was much more likely.

Have we always seen this determinism correlate with winning? Not necessarily, there is no guarantee a team that displays all of these strengths will win the biggest game of the year, but with such a phenomenon on a team’s side a superbowl game may be easier to dominate.This is because with the knowledge of your capabilities, or self-efficacy, much is possible and there is little room for self doubt. Or in their case, team doubt and inconsistency.

Rams aren’t the only professional sports team to embrace the positive psychology movement; we have seen this from the NBA team, the Golden State Warriors. They are known for having a relaxed, rewarding atmosphere in which music, humor and friendly competition between coaches and players aid in creating an overall positive culture. No wonder the Warriors have gone on to the NBA finals five years in a row in recent years, also winning three championships along the way.

The article explaining the Ram’s specific strategies, ‘The Los Angeles Rams Used a Simple Rule of Psychology to Win the Super Bowl’, from Inc., recommends a few strategies for those who strive to implement these positive psychology strategies into their business, sport or day to day life. The strategies are quite simple, but most everything psychological seems that way, starting with the help-first rule: if you’re in a difficult situation, and you notice someone else is too, try helping first. This was one of many, including the rule of recognition: trying to focus on what a person does right, and to make a point to commend the person for those positive actions, sincerely and specifically. The article goes on to explain how rules such as these can be utilized to build an environment fit for greatness, like the Rams’ superbowl win.

But greatness may look different than this using these same strategies. The field of positive psychology and its focuses range from large scale successes like the Super Bowl game, to smaller scale success like a smooth running workplace with content employees.

We see such positive factors in our FMHS girls basketball team. An uplifting environment fueled by determined coaches and ambitious players has made them a strong force this season. Upon watching their home games, when spirit is at its peak, the positivity can be seen by anyone, even rivals. It is encouraging to watch such a connected community. And positive psychology would commend this team on their clear, rewarding optimism.

Overall, positive psychology has many applications widely different from the Super Bowl game and everything that goes into it. We can use its approach to discuss many cultures and their created environments, and therefore, how this will affect their success. The ‘nice’ attitude of the Rams may have seemed hesitant in the nature of football, but in the eyes of psychology great strength and inevitable victory was being carried out.