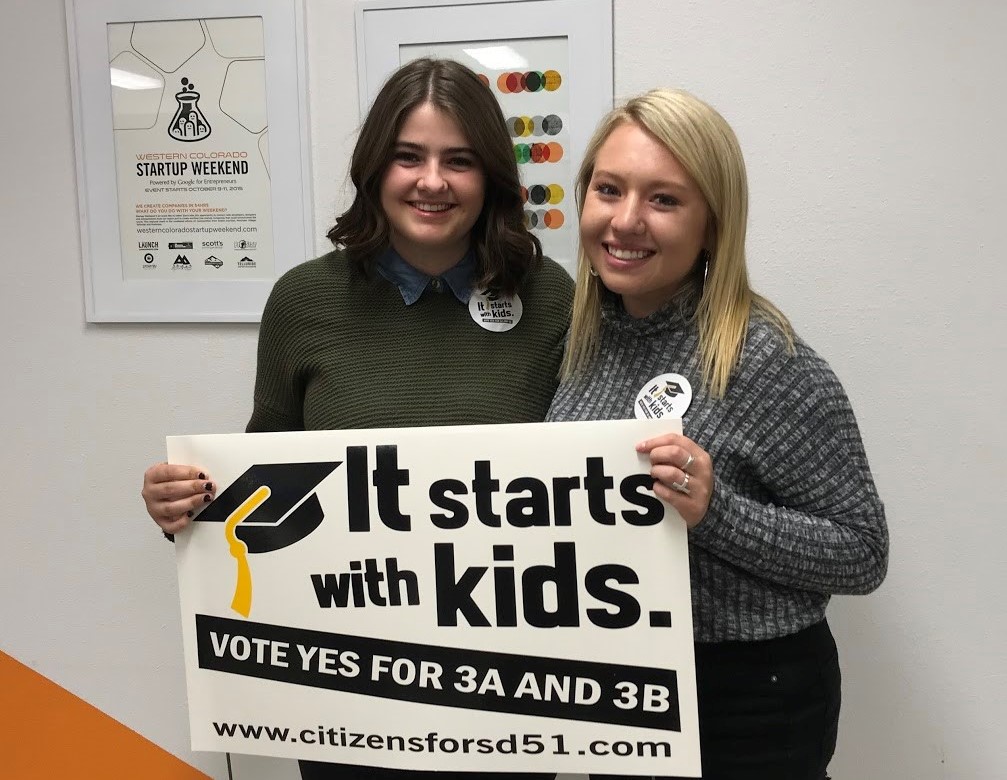 Democrats On the Rise

At Fruita, we have many different clubs available to the student body such as FBLA and NHS, but not many people have heard of The Young Democrats of America club. The club meets every Monday at lunch in Nina Parentice’s room. Parentice has no involvement in the club, it is just held in her room. The club is lead by President Veniece Miller.

Every week the club receives an agenda of what changes they want to make for Grand Valley. Recently, they have registered 50 voters for Mesa County along with participating in parades and marches with the Mesa County Democrats. Senior Riley Trujillo , stated that they participate in a lot of campaigns such as Mill Levy & Bond, a march for transparency, a women’s march, a march for truth and they speak at many community service events.

It all started 2 years ago when the president, Veniece Miller, became interested in caucuses. She held a mock caucus at lunch which many people attended. The caucus was held to debate and discuss their political views on who runs each of the parties. Miller soon learned the fun in politics which lead to starting the Young Democrats of America club.

My proudest accomplishment is registering  50 people because many don’t think it’s important to vote” says Miller.

Also, Veniece and Riley attended the National Democrats Conference in Dallas, Texas. “It was one of the most amazing things to have attended especially because we had each other” says Trujillo. The club is used to update the youth and make people more involved in politics as well as discuss political viewpoints.

Many would think joining this club would sprout discrimination from Republicans, but as Trujillo stated “ ..many people don’t even know of the club and if they do it’s usually nothing- just a couple derogatory terms but nothing we can’t handle!”. Many people don’t understand that the Young Democrats of America is open to Republicans and they encourage anyone to come to the club meetings.

“I started calling it Young Democrats of America just because I identified as a Democrat, but I respect republicans just the same and wouldn’t mind at all if they attended our meetings,” said Veniece. The club is open to anyone regardless of how you identify in the public. Their future plans remain to register more voters in the Valley and involving more people in the club. Both Riley and Venice plan on attending the National Democrats Conference again this year and continue to attend parades, marches and community service events.

Personally I tend to lean more Democrat and I believe this club would create great discussions and debates of students political viewpoints. I believe it would also inform others as to what a democrat and republican really is and bring acknowledgement as to what they stand for.