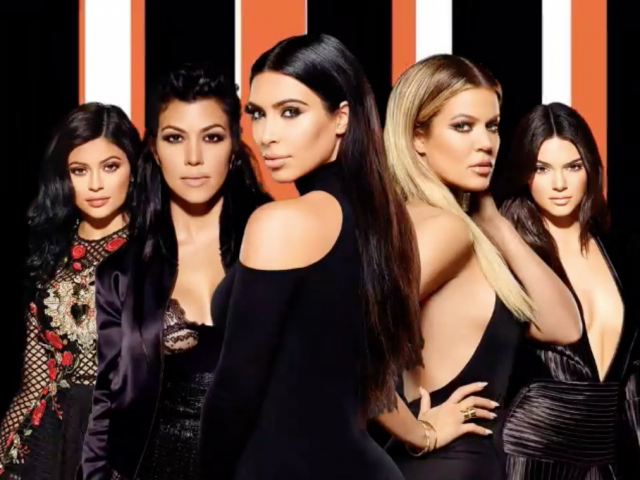 Keeping Quiet with the Kardashians

There has been over 6,000 hashtags and posts all based around the question “Is Kylie Jenner pregnant?”. The conspiracy that Kylie Jenner was pregnant with Travis Scott’s baby started last September t. Ever since the rumored pregnancy, Kylie has gone MIA. Yes, Kardashian Fans, Kylie has successfully managed not to share any new photos on social media. She even managed to stay out of the Kardashian Christmas photos. Fans all around the world have collected evidence such as the recent Calvin Klein “our family” photoshoot, Kylie’s “new obsession” with big tee’s, Kylie’s “shrunken lips”, her best friend Jordan accepting one of her awards, and the biggest hint – being almost completely absent from season 14 of Keeping up with the Kardashians.

First off, let’s start with the new Calvin Klein photoshoot. Kylie is seen in every picture with her stomach completely covered. Whether it is being covered by a blanket, big t-shirts, or her mom to be sister- Khloe Kardashian’s hips. Seems pretty fishy to me. Although the evidence in the photoshoot is almost too hard not to believe, other fans were freaking out about Kylie’s supposed “shrunken lips”. In the photoshoot, Kylie’s lips seem to have shrunk down to her pre injection stage. Why do her lips matter you ask?  Lip injections have been proven to be dangerous while pregnant and we all know Kylie wouldn’t just randomly decide to want smaller lips. By looking at all of her snapchats and instagram posts, it’s almost as if her biggest obsession will always be her lips.

Big T-shirts have always been a famous style for many, but wearing them every day? Come on Kylie! Kylie Jenner has always posted pictures of her almost in the nude and now she’s all of a sudden covering up? Kylie has managed pretty well to stay out of the paparazzi’s way, but when they do catch her, she’s always wearing a big tee. Seems pretty fishy to me!!

If you do follow Kylie, she has always been seen with best friend Jordan Woods. The two have the kind of bond that they would do almost anything for each other. Accepting awards though? Kylie Jenner sent best friend Jordyn to accept a beauty award from WWD for Newsmaker of the year for her beauty brand Kylie Cosmetics.  Isn’t that kind of a big deal for Kylie and her business? Why wouldn’t she just do it herself? BECAUSE SHE’S PREGNANT!

There has been recent updates that a source close to the family reported that “Kylie is certainly ready for the baby but chooses to keep it on the down low until after the baby is born.”Many are left with the question- why though? Wouldn’t that be the perfect tease. Kylie Jenner has definitely been playing with all the Kardashian fan’s minds and has us all left with the question, is she pregnant or is this just all a game?