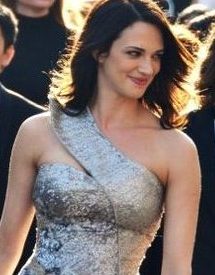 The #MeToo movement was initiated when actresses outed the sexual harassment of Hollywood mogul Harvey Weinstein. One of the first women to come out was Ms. Asia Argento, 42 year old Italian actress. Argento claimed to have been forced to perform oral sex on Weinstein when she was just 21 years old.

Even Cara Delevingne, actress and model, has told in an Instagram post that he had attempted to kiss her in a hotel room. While 87 women had told their stories of  Weinstein’s harassment, Argento’s story spiked an interest.

With more and more influential woman coming out with the fact that they have endured sexual assault, the public’s eye has been drawn to this movement. But with more claims coming out, inspiration to gain justice does too. Jimmy Bennett, actor who starred in a movie with Argento, took to telling his own story, filing a claim against Argento.

In 2004, Argento played a mother to Jimmy Bennett’s character in “Deceitful Above All Things”. The actress was 37 at the time and the latter was 17. Their relationship on set was very close, but  it wasn’t until years later that audiences learned how close they really were.

In the midst of Bennett’s sexual assault claim against Argento, images of the two topless in a hotel room was leaked as well as outlines to an agreement of $380,000 to be paid to the order of Bennett.

Argento denies these allegations by saying in a The New York Times article on the subject, “I never had any sexual relationship with Bennett…I was linked to him during several years by friendship only, which ended when, subsequent to my exposure in the Weinstein case.”

She claims that Bennett threatened to press charges because he needed money.” Bennett – who was then undergoing severe economic problems […] unexpectedly made an exorbitant request of money from me.”  She elaborated by explaining that her late boyfriend, Anthony Bourdain, was willing to pay the fine in order to maintain a good image for both him and Argento.

Regardless of if Argento and Bennett both consented to having any intimacy, the age of consent in California is 18. Bennett was 17 at the time, therefore considering it statutory rape. Bennett said to a Times article, “My trauma resurfaced as she came out as a victim herself. I was underage when the event took place, and I tried to seek justice in a way that made sense to me at the time because I was not ready to deal with the ramifications of my story becoming public.”

The #MeToo movement was initiated to help victims unite and learn not to feel shame for their past sexual harassments. Argento was considered one of the leaders of this revolution, but having a sexual assault claim set upon her “doesn’t look great,” says Kim Severson to an interviewer for the Times.

People, especially #MeToo movement activists, are outraged at the fact of a potential hypocrite. A woman who had won the pity of others and sparked change in society, may be a sexual predator?

Tarana Burke, #MeToo movement founder, said it best on Twitter, “It will continue to be jarring when we hear the names of some of our faves connected to sexual violence unless we shift from talking about individuals and begin to talk about power…That doesn’t change if the perpetrator is your favorite actress, activist or professor of any gender.”