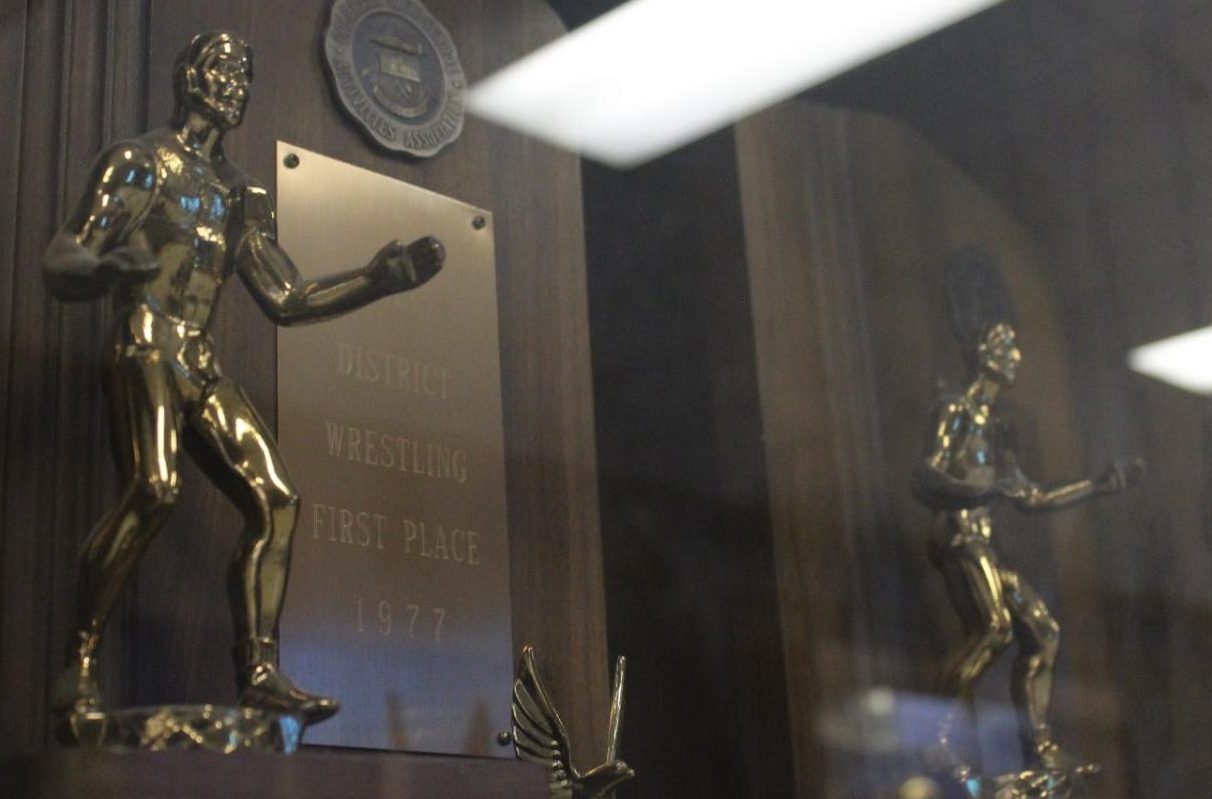 It’s been over a year since the Fruita Monument High School pool has been replaced with wrestling decks, yet the questions and controversy are still almost as strong as the chlorine. We would think that such a battle would include wrestlers and swimmers head on head, however, the real story involves little to no controversy at all and both sides were pretty content with the situation.

The first side of things to take into consideration is the swimming side of it. Lexi Connole, swimmer of 3 years here at Fruita Monument, revealed the condition of the pool before it was filled in. She said that it was always breaking. “A lot of the time it was either way too hot or way too cold or the chemicals were way out of balance. There was constantly something wrong with it.“ She said that the only difficulty was trying to find rides to practice. Essentially, not only did the pool not serve its real purpose, but several swimmers didn’t really view it as any major loss.

The expense is mostly what contributed  to the downfall of the pool. The national average price of maintaining an indoor swimming pool is $233 per one-time cleaning. Not to mention costs of chemicals, repairs, and filters along with the water bill that comes with that.  “I think the pool was very financially wasteful because it was on the second floor, ” said Junior Kenley Kohls, diver for the Fruita swim and dive team. Not only has taking the pool out been beneficial for financial aspects to direct money in areas where it is in higher demand, but also it has created a better use of the space the pool once dominated.

It’s fair to say that the new decks have been very beneficial for the wrestling team.  Denim Luster, wrestler of 9 years was asked how the new room has impacted his team. He mentioned that “ It’s impacted us in a good way because it’s given us some motivation and some more time to focus on our wrestling abilities.”

Clearly, the old room has found a new way of being productive and beneficial. “Once I heard of this new room I knew that we were going to accomplish more work,“ said Luster. When asked if the wrestlers thought it was fair to sacrifice the pool for wrestling decks, without hesitation Luster, and wrestler of 6 years Delson Pyland both responded yes. They both agreed that the pool was way too expensive, and constantly had something wrong with it. Pyland  mentioned how nice it was to actually have a wrestling room. “Before, practices were on the deck and it sucked because you could hear basketball and poms the whole time.” He also mentioned how they could better control temperatures to aid in weight loss. There’s no doubt that putting the pool to rest was the idea of the century for everyone.