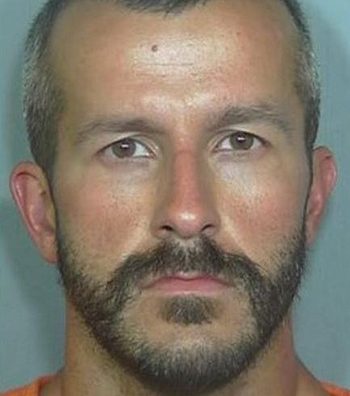 In today’s world, the idea of death isn’t as foreign as it should be. Homicides and suicides have plastered themselves onto the front pages of news, tragedies that stick with society like hardened glue. Sadly, Colorado was no stranger to unfortunate events when Christopher Watts, 33, was accused of murdering his two young daughters and his pregnant wife in Frederick.

According to Coloradoan, Shanann Watts was found buried on land owned by Anadarko Petroleum, the oil and gas drilling company where Christopher worked. His daughters, Bella (4) and Celeste (3) were later found inside an oil well filled with crude oil, where it has been determined that they were strangled and then submerged for four days. The official causes of Shanann and the girls’ deaths have not been released to the public.

The District Attorney of Weld County, Michael Rourke, commented that it was “way too early to have [the] conversation” when the idea of pressing the death penalty was brought up. Watts, when questioned initially, claimed that his wife was the one to strangle the two girls after he asked for a divorce. When a friend reported Shanann missing, Watts insisted that he had no idea where his wife and two kids had gone. It was later found that he was having an affair with one of his coworkers, and ended up confessing to murdering the three, not twenty four hours after claiming he did not know of their whereabouts. He led investigators to the bodies.

Today the community is still mourning the deaths, while Watts is under suicide watch at the Weld County Jail, sixty miles north of Denver. He spends twenty three hours a day in his jail cell, where guards check on him every five to ten minutes to assure that he is still alive. He gets an hour each day to shower and make phone calls to any remaining family. He doesn’t have any of the privileges that other inmates have, such as access to weights, books, or television.

A student here at FMHS, remaining anonymous, has said that “No man in his right mind would ever think of harming his family in such a way.” Updates on the Watts case will be coming in continually as the story progresses, and people will continue to send their best wishes for Shanann and her young children.