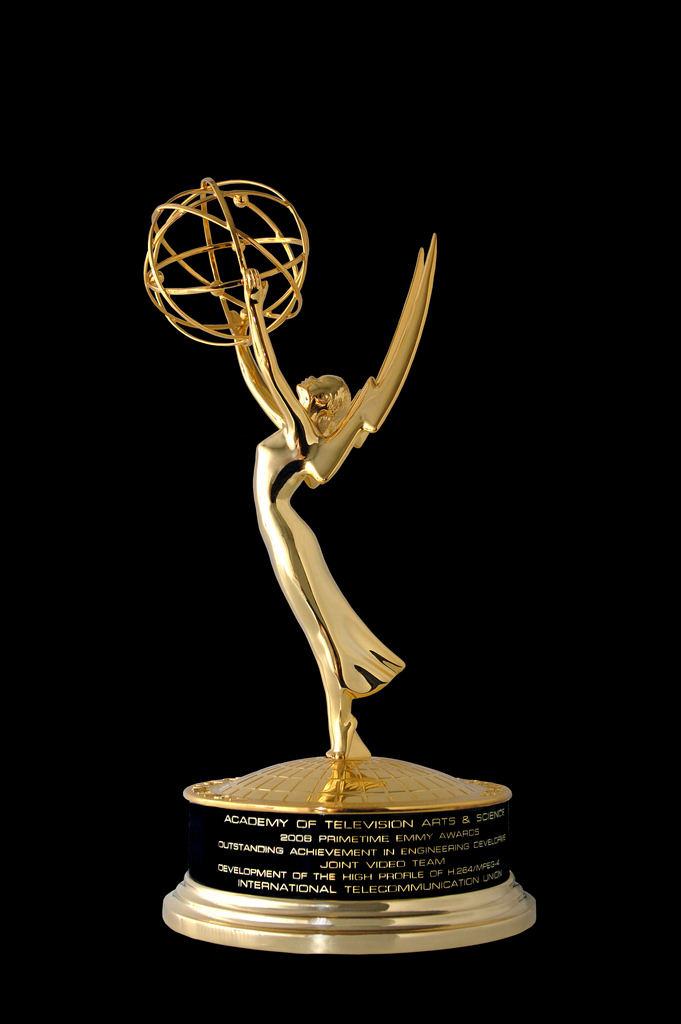 An Award Show Like No Other- The 2018 Emmy Award Show

The 2018 Emmy Awards were held on September 17 at the Microsoft Theater in Los Angeles. Hosted by Colin Jost and Michael Che from Saturday Night Live, the 70th annual award show was flooded with A-List celebrities who were credited for their acting. Actors from all ages and even those who have been in the industry for decades attended the show, and many winners got the honor of winning their first Emmy.

Hosts Jost and Che naturally brought their crude humor to the stage as they both went back and forth with a variety of “comical” comments relating to the show. While some of their opening statements provided harmless laughter , other statements  swayed to the more controversial end of the spectrum. “Congratulations to Laurie Metcalf. I mean, wow. That’s incredible. You know how great an actress you have to be to get nominated for ‘Roseanne’ now? That’s like nominating a cop for a BET award,” cheered Che.

As the night of celebration continued on, however, a unique performance was delivered by Kenan Thompson, Kate McKinnon, and Ricky Martin, as they kick-started the show with a musical bit about diversity.

Kenan Thompson, who is notorious for Kenan and Kel from Nickelodeon, to starring as the infamous Fat Albert in Fat Albert, to now being a familiar and funny face on Saturday Night Live, has accomplished much throughout his many years of being in the television industry. With that being said, he unfortunately did not win any awards. Although, Thompson did have the privilege for being nominated as a Supporting Actor in a Comedy Series, and in that, is a huge success in itself.

For other actors who have been in the business for nearly their entire lifetime, had an opposite experience and got the victory of claiming an Emmy for themselves. Actor Henry Winkler, who never fails to bring smiles to the audience and dominates each role he is given, had been nominated for an Emmy over 40 years ago. As he had been nominated for the first time since then this past Emmy season, Winkler won the award for Best Supporting Actor for his character in Barry. With a humble heart but a victorious filled stage presence, he took to the stage ready to give his acceptance speech he claimed to have wrote 43 years ago.  At age 72, he declared, “I can’t stop yet!” promising to give more performances that will make viewers proud.

For a certain someone, the highlight of the night was not winning an Emmy as an award, but the heart of his soulmate. After Glenn Weiss gave his speech for winning Outstanding Directing for a Variety Special, he took the courage of proposing to fiance Jan Svendsen, who said yes immediately. Weiss presented the ring that his father gave to his mom 67 years beforehand, and with cheers, dropped jaws, smiles, and a wave of congratulations to the two newly engaged couple, they walked off the stage hand-in-hand with their futures together to look forward to.

In addition to the moments mentioned before, the spotlight of success also hit many other actors who greatly deserved an Emmy. For those who didn’t get handed an award, there is much accomplishment in being nominated and being invited to attend the Emmys in general.