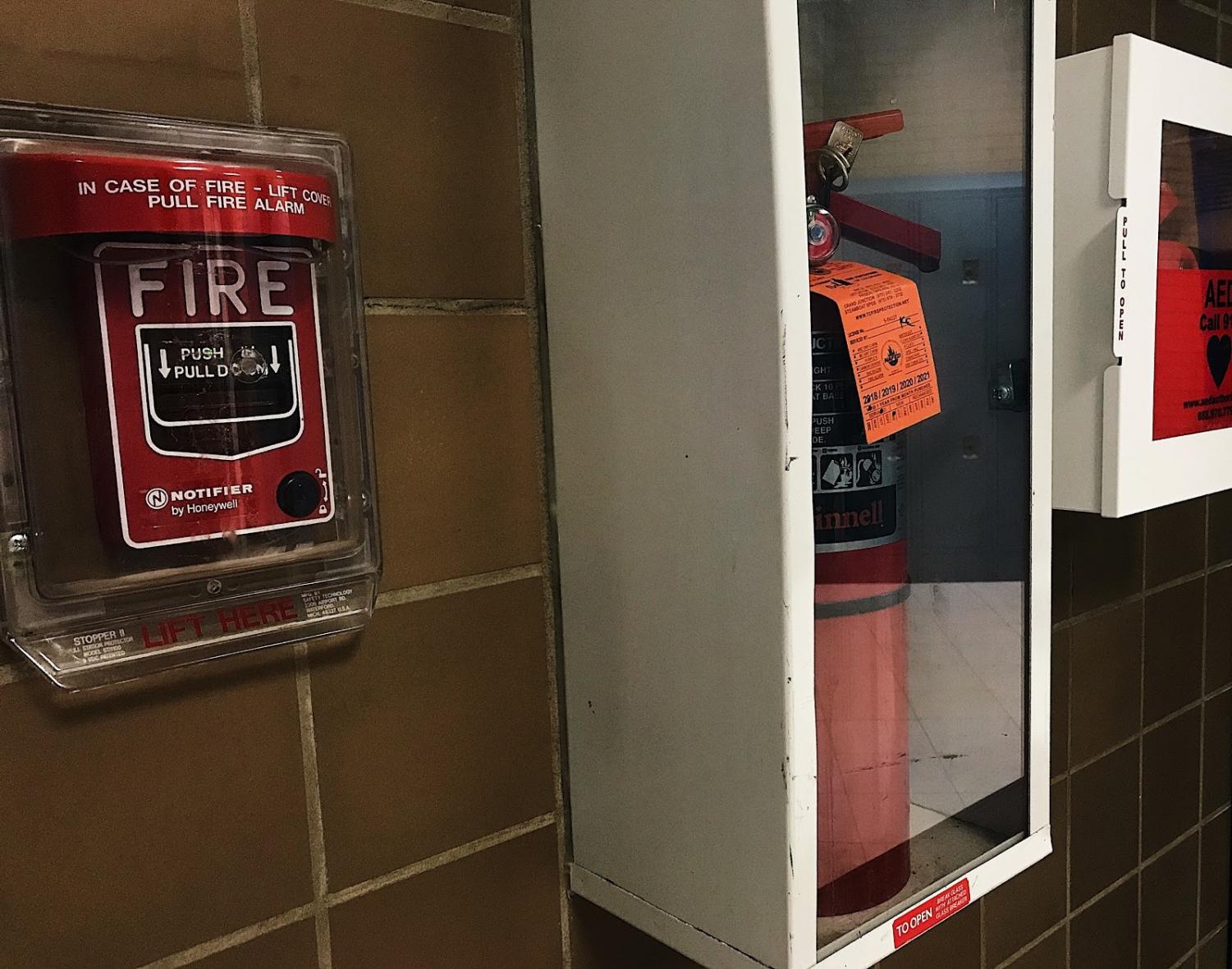 New fire drills and lockdown rules will be enforced in schools. (Elise Fero)

New fire drills and lockdown rules will be enforced in schools.

With what seems like an increase in mass shootings, schools are faced with a serious question–how do we protect our students? The Department of Homeland Security (DHS) has come up with a solution: Run, Hide or Fight.

The process is simple. Run if you see danger, hide so you aren’t running towards danger and if absolutely necessary, fight for your life.

Since we were children, lockdowns had a regular procedure. The teacher would turn off the lights, lock the door and everyone would hide in a corner. On their official site, ready.gov, the Department of Homeland Security advises not to huddle in groups. Instead, you should spread out along the walls.

Though the plan uses what seems like common sense, is the panic necessary? According to the Federal Bureau of Investigation on their Uniform Crime Reports website, almost all forms of violence done by students has dropped, inside and outside of schools.

Surprisingly, it is difficult to find the amount of school shootings there were this year. Sites like “EveryTown Research” included situations like a shooting that happened in Booksin Elementary School, where Nicholas O’Connor opened fire at four in the morning, injuring no one and damaging a wall and a security camera. Though awful, this isn’t a “Mass School Shooting”. After combing through the site, I found that there were a handful of what most people would call shootings, not 347 that the site suggested at the time of writing this. Most instances listed were described as “accidental discharge of firearms”, “suicides”, or were shots being fired close to a school. Numbers from this site, and others like it, are used to argue that there is a large epidemic of gun crime in the United States, even in mainstream media sources.

The Center for Disease Control and Prevention (CDC) reported that 38,658 people were killed at the hands of a gun in 2016. Though that sounds astonishingly high, the Department of Justice (DOJ) reports that about 60% of firearm deaths are actually suicides, leaving us with approximately 23,195 deaths in 2016 that are NOT from suicides. According to the CDC, 80% of the rest of those deaths are related to gang violence, usually in big cities – often gun free zones

However, the larger question stands: Is this new rule needed? Absolutely. Students, teachers, and school administration all agree that this is a very smart plan. Mitchell Main, a literacy teacher in Fruita Monument, Main said that “this  life can bring about danger sometimes, and you need to be able to stand up for yourself and, if you need to fight for yourself in a situation, you need to fight. Your life depends on it and I think that’s something we shouldn’t sugar-coat, I’m glad that Fruita is taking the steps that we have been taking” and that the new protocol “promotes good safety.”

During an interview with Todd McClaskey, the principal of Fruita Monument,  said that this new protocol is “just a mind shift from being a victim to empowering yourself” and that “rather than being a victim, you can empower yourself and the people around you by taking action – rather than just hiding. I think, like hiding, in many circumstances, is a good thing, but it is also good to know that you can take action.”

Which is a good point. This protocol is about enabling us as students to fight back against an attacker, and to take responsibility for our safety, instead of being a victim to a heinous crime.

After interviewing students, I got a different side to the story. Isaac Marsh, a student at Fruita Monument High School, when asked to compare the new and old protocol, said “I think they’re both kind of cruddy me but I’d prefer anyone over the old one just because it’s better to actually have a chance to fight and take the guy down rather than just hide and get a chance of being killed like you’re just like fish in a barrel at that point.”

According to the FBI on their official page, “many incidents ended before police arrived” rendering them useless to most victims of active shooter situations. Police are great, but sometimes two minutes away is two minutes too long.