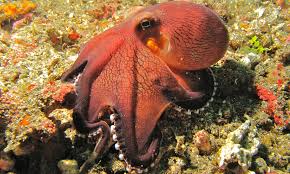 Octopi show a very distinct antisocial personality until it comes to mating. This state of isolation had scientists wondering if something other than mating could break this.

Seeing that a common drug Ecstasy has allowed humans to show more social traits when they took it, it became apparent that our eight-legged friends should give it a try.

(It has been proven that octopi have a similar brain structure as humans and can release the same type of chemicals.) however according to Gul Dolen M.D and Ph.D. who is assistant professor  neuroscience at Johns Hopkins University, “ The brains of octopuses are more similar to those of snails than humans, but our studies add to evidence that they can exhibit some of the same behaviors that we can.” However, this group of scientists still felt the need to watch some high octopi. But now the question is, was this ethical?

There is enough research done to calculate what the results would be if they took the drug. So why did they have to see it with there own eyes? According to one of the authors that covered the story, octopi “ tend to hug the cage a lot.” So this test was obviously needed to just enjoy in a living beings unwilling participation.

Part of this study was also to try and probe the evolutionary history of octopi behavior. This test showed that by ‘providing’ that octopi release the feel-good chemical called serotonin, which is prevalent in humans and is also released when humans use ecstasy. This is supposed to compare the evolution of octopi to humans. But does it need to be done? When we can solve this hypothesis with prior information that can be calculated to show the same effect in theory? Perhaps now the question is: what allows man to place other species down to fulfill our own questions?