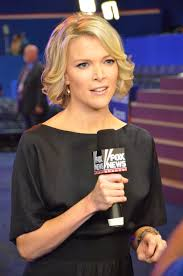 Every reporter in this sensitive time period is required to have a “think before you speak” filter. Megyn Kelly, a host of the Today Show, forgot this important part of her job around Halloween this year and shared her unfiltered opinion to her viewers. She has tested the waters with what many considered racist remarks and evidently went a step too far.

Even a popular reporter must hold back the reins when it comes to sharing their bias. Kelly originally came to NBC a year ago from Fox News. Her run at Fox had not exactly been smooth sailing; she has openly spoken about white privilege and made some racist comments that raised some eyebrows before. Comments including the historical fact that “Santa Claus is a white man..and so is Jesus” are comments audiences had heard from Kelly. So, when viewers tuned in to “Megyn Kelly Today” in late October of 2018, it did not come as a shock when she awkwardly defended offensive Halloween costumes. “But what is racist?” Kelly asked. “Because you do get in trouble if you are a white person who puts on blackface on Halloween, or a black person who puts on whiteface for Halloween. Back when I was a kid that was ok, as long as you were dressing up as, like, a character.”

The panel included all white people and there was no discussion of the disgusting history of blackface. White people used to dress up in exaggerated costumes and loads of makeup to mock black people. It created a bad stereotype and altered the language, culture, and character of African Americans. Al Roker, one of Kelly’s co-workers, said, “This is history, going back to the 1830s (with) minstrel shows. To demean and denigrate a race wasn’t right. I’m old enough to have lived through ‘Amos ‘n’ Andy’ where you had white people in blackface playing two black characters just magnifying the stereotypes about black people. And that’s what the big problem is. … No good comes from it. It’s just not right.”

The backlash from this comment was damaging for NBC and viewers voiced their opinion on Kelly. NBC’s views had been rocky due to Kelly’s reputation before the comments were even said. The 9am show shed 13% of it’s audience after Al Roker and Tamron Hall stopped hosting. The show then declined greatly after she started receiving hate for her racist remarks and NBC forced Kelly to apologize to her audience. “The iconic Diana Ross came up as an example. To me, I thought, why would it be controversial for someone dressing up as Diana Ross to make herself look like this amazing woman as a way of honoring and respecting her? I realize now that such behavior is indeed wrong, and I am sorry. The history of blackface in our culture is abhorrent; the wounds too deep.”

People took to social media quickly and most did not accept her apology. Society expects reporters to educate themselves and filter what they say on live television. Her colleagues on NBC were some of the first to criticize her. Roker says, “The fact is, she owes a bigger apology to folks of color across the country.”

Co-host Craig Melvin spoke out as a friend of Kelly and said her statement was “stupid” and “indefensible”. “Top Chef” host Padma Lakshmi said in a tweet, “I cannot believe the ignorance on this in 2018. You are on national television,..You have a responsibility to educate yourself on social issues @megynkelly. This is so damaging.”

NBC news chairman announced the end of “Megyn Kelly Today” and addressed the comments by reiterating that NBC does not tolerate her actions or any like it. The future for Kelly on NBC is still undecided and even though Fox News defended her, they aren’t making any room in their line up either.

Society is full of sensitivity and differing opinions. In such a diverse time, reporters, no matter how popular, have to be careful of what they say and do on television. A Michigan reporter, Brenda Battel, was fired after forgetting to hang up the phone and left an insulting voicemail about African American army vet, John James, who was running as a GOP Senate candidate. Earlier this year, a New York Times reporter, Quinn Norton, was fired shortly after joining the staff when tweets emerged using African American slurs, homophobic remarks, and mentioning neo-Nazis. The things someone says online will not go away, recordings can be uncovered, and files will be found that can ruin a career. The world is harsh and technology is manipulative. Kelly, being the educated reporter that she is, did not think before she spoke. That has and will continue to cost her greatly because there are no redos in the spotlight.

Kelly’s colleagues and fans have come together after the situation to agree on one thing; Racism is no joke and the history of it should never be diminished. As one of the many faces of a national news station, the education of a subject before commenting on it should be a no-brainer. Kelly’s career is left unspoken, but the nation made it clear that speech like that has no place in the future.