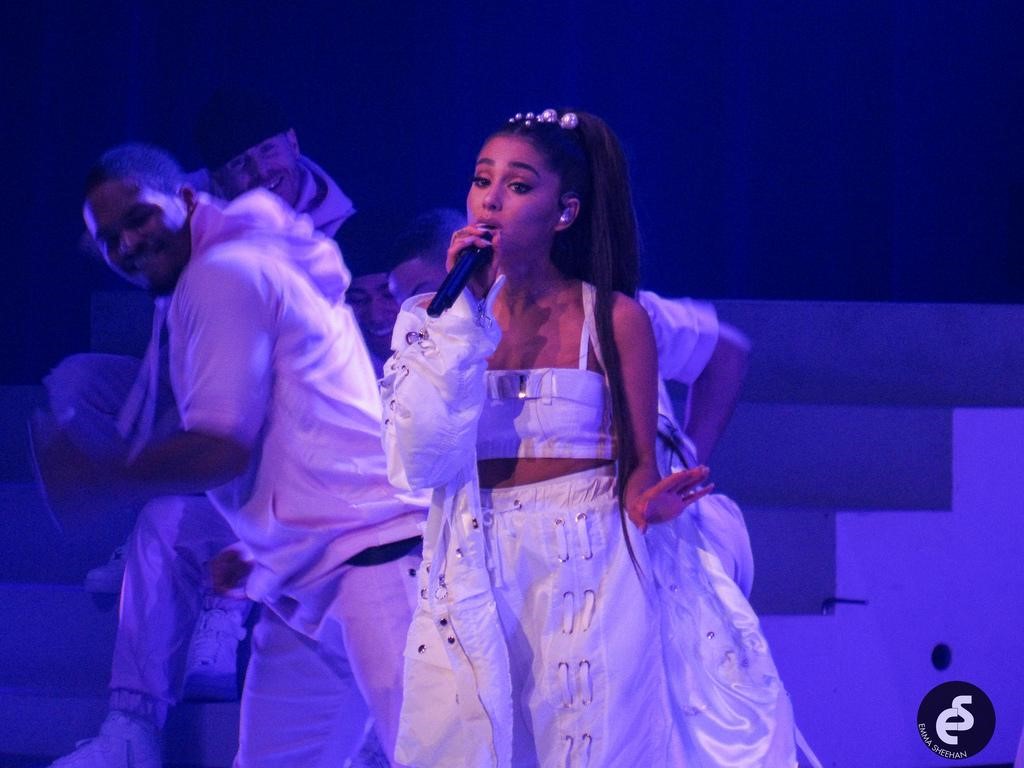 The Most Tragic Love Story Since Romeo & Juliet

Usually for couples, being engaged is something that grew out of a long, loving relationship where the two “soulmates” built up a strong relationship and the engagement just marks a time where the two formally agree to spend the rest of their life together- usually. But, for Ariana Grande and Pete Davidson, they were anything but normal. Theirs is a new kind of “love”. And by “love” I mean the type of couple who dates for a little, rushes into an engagement and then decides to call off the engagement within the month.

Ariana Grande and Pete Davidson met in September 2014 when she was a musical guest on “Saturday Night Live” and became closer when Grande hosted SNL two years later. When they first met, Grande was in a long-term relationship with rapper Mac Miller that started in August 2016 and ended in May 2018. Davidson was also in a long-term relationship at the time with Cazzie David which started in May 2016 and ended just weeks before him and Grande started dating.

Grande later admitted to star Jimmy Fallon that it was simply love at first sight. “We never exchanged numbers or anything, we weren’t even friends for the longest time, but I had the biggest crush in the whole world on him the whole time – like forever. Like, my friends used to make fun of me for it,”. Then, later following with the statement that she joked with her tour manager saying “I’m marrying him. One-hundred percent.”

May 7th was the first time Grande and Davidson had their first date and first kiss. Their relationship took the news quickly as time passed. Honestly, I was surprised they split mostly because of the PDA in every given picture of the two together. They both filled their Instagrams with loving pictures together and made the mark permanent with matching tattoos of their initials. Too soon? Definitely. But in Pete’s defense, they were engaged by June 3rd when Grande was first seen wearing the custom ring that cost nearly $93,000 to make.

Fast forward to September of 2018. Sadly an expensive ring couldn’t save the relationship. The couple decided to split simply because “it wasn’t the right time” due to Grande’s ex Mac Miller tragically passing away from an accidental overdose. The fans took to Twitter and created all sorts of rumors about why the couple actually split. my favorite one is“They split because Pete sent intimate photos to Miller just days before his death” which of course went around the Twittersphere and made Pete the obvious bad guy. A source close to Grande later confirmed no one had sent anything to Mac. It simply just wasn’t a good time because Grande was experiencing a lot of different emotions and honestly believed “it was too much, too soon.” Grande then deleted all pictures of the couple together and Pete deleted his Instagram as a whole… pretty childish right?

As for now, the two “star-crossed lovers” are separated but many fans still wonder will they get back together?  Sadly all the evidence is pointing to no. Grande released a new song called “thank u, next” that confronts all her ex’s within the first 30 seconds. “Thought I’d end up with Sean but he wasn’t a match. Wrote some songs about Ricky, now I listen and laugh. Even almost got married, and for Pete, I’m so thankful. Wish I could say thank you to Malcolm, cause he was an angel.” Catchy right? The message Grande was trying to convey was that she is thankful for everything her exes have taught her and the most important thing for her now is simply working on herself. The song dropped just hours before Davidson went on SNL to publicly address their breakup. “The truth is it’s nobody’s business and sometimes things just don’t work out and that’s ok. She’s a wonderful, strong person and I genuinely wish her all the happiness in the world,” said Davidson. Mhm, and you say this after joking continually about the relationship? Okay sure. He is now continuing to host SNL while Grande continues writing songs without a deadline while focusing on herself.

Personally, I didn’t think any of this would happen as I said before because all their pictures posted together were so “lovey-dovey” but now that I look at it more it truly was too good to be true. Who knows if the two will reconcile over the years or perhaps they will meet other people. Thank u (for reading), Next.