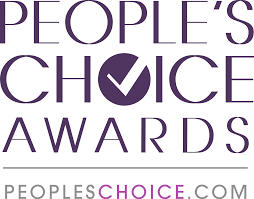 On November 11, E! Hosted the People’s Choice Awards after two years of not being telecast. With star-studded performances from Nicki Minaj, Tyga, John Legend, and Rita Ora, their newest singles filled the arena with high energy, setting the excitement for the night. A-list celebrities, artists, and actors, nominees and winners for movies, televisions shows, and music of all genres collaborated together celebrating the special night.

Held in Los Angeles, attention was brought throughout the night to the tragedies that have happened with the recent fires. Winner for Comedy Movie Star and the first word accepted of the night, Mila Kunis, began her speech by mentioning the devastating Woolsey Fire blazing through southern California. “We are in a state of emergency. You know, I have this opportunity, and I want to say if you can take a minute to donate to the LAFD Foundation, it would be really, really great.”

Mother of two kids and wife to Ashton Kutcher, Kunis shows her gratitude on the stage as she wholeheartedly contributed her speech to those who have sacrificed their lives saving others in the fire, as well as those who were innocently lost in the tragedy. She started the night off with a grateful mindset which set the stepping stone for follow-up recipients to act on.

Iconic Kim Kardashian West stated, “As horrible as this has been, it’s been amazing to see the resilient spirit and the heroism of those risking their lives on the front lives.” She emotionally dedicated her award for Reality TV Show to “all the firefighters, the law enforcement and the first responders: We really, truly appreciate what you have done for all of us.”

Kardashian-West, clearly concerned and worried about those who are in danger and at a loss for those who have passed whilst saving others, took to the platform with complete vulnerability. Ignoring the slightest idea of putting on a facade, she spoke confidently in her pain reaching out to the millions of viewers, focusing on something greater than the award she held, but instead focused on the bravery law enforcement and first responders have demonstrated.

As the PCAs was held on Veteran’s Day, country singer Blake Shelton, actress Scarlett Johansson, and Bryan Stevenson commemorated those who have lost and sacrificed their lives whilst serving the country, along with those who are currently in service willing to fight for our freedom. Stevenson also touched on the racial inequality, the #MeToo movement, and the recent mass shooting at the Borderline Grill and Bar asserting, “It’s Veteran’s Day, it’s important that we honor all of our veterans, but it’s important to remember that black veterans after World War 1 and World War 2 were menaced and targeted and lynched because of this narrative of racial difference, and today we’re still burdened by that history.”

As it was humbling for those to recall and bring awareness to the horrific events recently, the night was nevertheless filled with smiles and praise for those who were nominated and had the honor of winning a People’s Choice Award. “Avengers: Infinity War” won 2 awards for Movie and Action- of the year, Action Movie Star Danai Gurira and Male Actor Chadwick Boseman both won an award for being apart of the infamous movie “Black Panther.” K-Pop group BTS had the most awards for the night for winning Song, Group, Music Video, and Social Celebrity of the year. Ellen Degeneres took home the award for Daytime Talk Show, making her the recipient to have the most awards in the history of the People’s Choice Awards. First time PCA recipients include Beauty Guru and first male Covergirl model, James Charles, solo singer Harry Styles, even Animal Star Cursue the Celebrity Dachshund.

Unfamiliar to many, but still popular enough to win an award throughout the night, Sci-fi Fantasy show Wynonna Earp, Revival show “Dynasty,” and Comedy show “The Spy who Dumped Me” are all had the honor of accepting such an award.

As the year is drawing to a close, a way for actors, actresses, television hosts, and musical artists to come together and celebrate joy and happiness was to participate in The People’s Choice Awards. Despite the negatives happening in California where the event was held, they were able to focus on the hard work made during the year and reward them accomplishments.