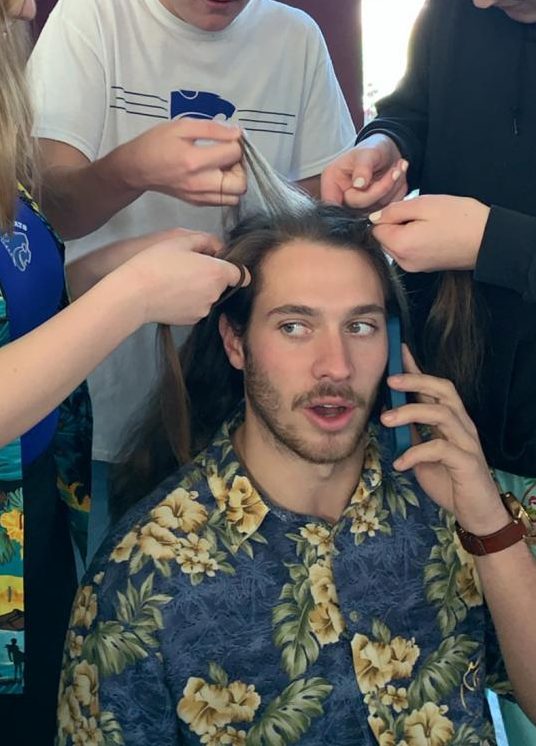 A New Coach Swims Into Fruita

The Fruita Monument Swim Team has been facing challenges for the past few years. The team adjusted last year to the closing of the school’s swimming pool, and this year they’re adjusting to a brand new coach.

Skyler Hirsch is originally from Maui, Hawaii, but has been living in Grand Junction for the last four years. He’s been a competitive swimmer since he was six years old. He placed big at multiple meets, earning himself the title of high school state champion in the 50-meter freestyle. He left high school as an All American as well as an Academic All American. He recently finished his collegiate swimming career as a three-time National qualifier.

Hirsch was drawn to Fruita when he saw the posting for a high school swim coach. “I was very excited to apply and share my passion for swimming with the community of Fruita.” So far his impression of Fruita is the contagious positive energy. His impression of the team has been positive too. “They are motivated, hard-working, and have a good attitude.”

Hirsch hopes that this season he can better the team, not only as athletes but as people. “We hope to give individuals the experience of a lifetime that they will remember forever. We want them to be not only disciplined athletes but disciplined people by being the best they can be at everything they do. I hope to influence them for the rest of their lives and be the best mentor for this group that I can be.”

Hirsch has high expectations for the team this season. He hopes that the team will be the best that Fruita’s ever seen. “ I want more state qualifiers then we have ever had and the best academics this team has had.” He would also like to lead the team to another Western Slope Conference title.

When asked about what the biggest challenge for this season would be, Hirsch says that the tough schedule is what will be most difficult to face. “We are not given priority to pool times and have to accommodate an awkward schedule.” The team will have to endure 5 am rehearsals every week. Hirsch hopes that the team can be both mentally and physically strong in order to endure the difficult conditions that the season will bring.

Hirsch plans on being a good coach by installing a positive mindset in the swimmers. “I want them to be fearless through adversity. I plan on being supportive of every individual and help guide them on the path to success.” He plans on having strict guidelines and hard practices, which only he hopes will lead the swimmers to be the best they can be, both in the water and as people.

Skyler Hirsch is bringing new ideas to the team. He wants them to be strong in all meanings of the word. With his guidance, the Fruita Monument team should be able to achieve great heights- or depths- this season.