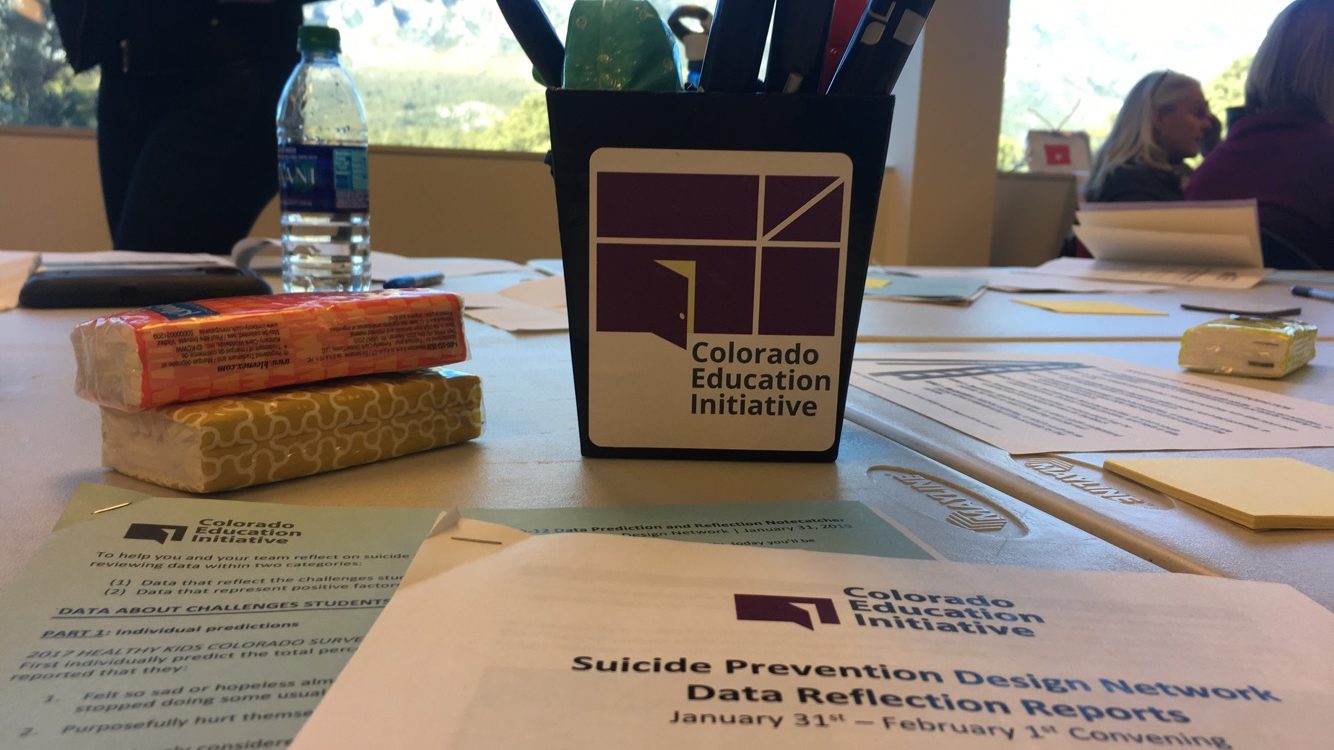 An inside view of the conference. (Alexa Willms)

An inside view of the conference.

The American Association for Suicidology Conference

The American Association for Suicidology (AAS) estimates 1.1 million suicide attempts in 2016. That means there was an attempt every 28 seconds. On January 30th, students from each school in District 51 traveled across the mountains to Colorado Springs to try and decrease that number. Colorado Education Institute (CEI) held a Suicide Prevention Design Network at the Air Force Academy and invited school districts all over Colorado.

The purpose of the conference was to bring students and adults together to discuss topics relating to teen suicide and address misconceptions that have been displayed about suicide. “We are really interested in adults and students working together on hard educational problems and how we can be innovative in the process,” said Paul Beck, the Innovation Specialist at CEI.

The Director of Program Development at CEI, Jess Stohlmann Rainey, talked to the districts about her experience as a teen with suicidal thoughts. She discussed ways that suicide loss survivors deal with grief, why people kill themselves and how to ask about suicide. The conference was a series of lectures and activities to inform communities on how to reduce the number of suicides that happen around them. CEI encouraged adults at the conference to include more students in their conversations and campaigns at their schools. “One of the missing pieces in suicide prevention is student’s voice and commitment to the issue. The most important thing is that students are centered and are the most important voice at the table,” said Rainey.

A professor from the University of Chicago, Anna Mueller, skyped in to talk about the social roots of suicide. She did a study and modified the names involved for privacy reasons. “Poplar Grove, USA” is a small town that has lost at least one kid a year for the last 10 years to suicide. The social roots of the problem start with the social connectedness of the town. Everybody knows everybody but along with that, everybody knows everybody’s business. A mom interviewed from the town talked about how she knew almost every detail about a family who lost their kid to suicide, including one of the last conversations they had with him before he died. Knowing everyone’s business means knowing the good, the bad and the ugly. Another root to the problem in this town was the narrow ideals they had in their culture. Kids were supposed to be the perfect version of themselves academically, physically, and socially. If someone didn’t fit the mold, it gave a bad name to their whole family. Due to that fact, some families weren’t supportive of their kids having problems with their mental health. The conversation about mental health was not encouraged and in some places, it was punished. The consequences from these roots were that more kids were suppressed from asking for help, experiencing negative emotions such as stress and anxiety, and there was a disconnection between youth and adults. Mueller stressed the point that talking about suicide does not increase the risk of others killing themselves. The purpose of her research was to reach out to districts and towns who may have similarities to “Poplar Grove”. She encourages those places to change their societal norms because “not fitting in is extremely painful”.

The last day of the conference was devoted to breaking into teams based on school district and working together to design a plan of action. District 51 performed (un)focus groups and came up with a general priority to take back to Mesa County. Our priority is to tackle the question: how might we better create trusting and supportive relationships between adults and students to ensure that EACH learner feels a sense of safety and belonging within the school community? Students brought attention to how they feel about the accessibility to counselors and the trend of seeing other students who don’t feel like they have any trusted adults within the school. Tasha Castillo, a SPED/ELA teacher at FMHS, attended the conference and was impressed by the student and adult feedback within the district. “The biggest takeaway has been the amazing input from the students. Some of it is something we have known for a while but hearing it from them makes us want to push for it (change) harder.”

Those who attended the conference have a plan to start small at each level by talking with teachers at each school and getting them on board to create better connections with students. Students within the group will also challenge their peers to reach out to adults around them and encourage them to build relationships. Schools in District 51 will see a change in dynamic involving student and adult relationships in the near future.

The group hopes to collect data on how students and adults feel about their relationships within the district and meet back together before the next conference in March. Many groups in the valley are already working on stomping the stigma of mental health within the community, such as Kindness is Contagious and Sources of Strength. The school district hopes to continue that growth with more adults and kids working together in the future.