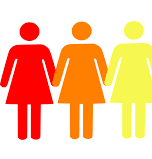 The Struggles Of Modern Day Feminists

A contemporary issue that I find myself questioning is feminism. As a young adult and a female, I understand where other women are coming from and how they feel somewhat overruled and in a society where some aspects are unjust. However, I personally feel that women who voice out their opinion and their very strong take on society’s way of dealing with feminism are almost overexaggerated and over-the-top. I find myself looking at feminists as people who are not necessarily looking for equality with men but almost wanting more power and a higher standard than men. I believe that most feminists use the fact that they’re women and argue that they are more powerful and important than men. Feminism is not about women having an upperhand in society, it’s about voicing the troubles and objectifying instances that make women feel weak and belittled. It’s about declaring what is unfair and coming together to solve those issues and make society understand the perspective they’re coming from, and uniting both men and women together to create a better change. Feminists should not feel the need to diss the entire male gender, nor should they feel they need to discredit every single male in the world. Feminists should be using their hardships as examples of what attention needs to be brought to, not as a way to bash others. Instead of using their struggles against society and demanding equal treatment, they need to come about it in a civil manner. They should use their troubles and protest in a way that doesn’t make them look so aggressive and overpowering. Feminists want to change society’s treatment in a manner of peace and equality and fairness. In order to do so, they need to take a different approach to the situation and stop being so overbearing.