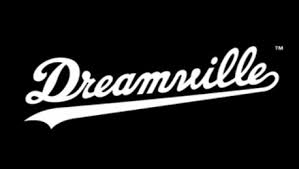 With multiple major music release dates already behind us, 2019 is off to a big start in the music industry. Hip Hop seems to be building up the same momentum it had throughout 2018 with new music from Future (“The WIZRD”), a new single from J. Cole (“Middle Child”), and an emotional album from Boogie (“Everythings for Sale”). While Hip Hop has the promise to stay at the top of the music industry throughout the new year, artists from other genres are still pushing to have their names up on the charts. It seems clear that 2019 is going to be a big year for other artists and genres as well, with a new album from the Backstreet Boys (“DNA”) at the end of 2018, a project from Julian Marley (“As I Am”), the son of Bob Marley, and a multi-genre influenced rock album by amo (“Bring Me the Horizon”).

With the strong cultural ties of hip hop and rap, it’s no surprise to see it as the most popular genre of 2018, here’s a few of the most anticipated Hip-Hop projects to look forward to this year:

With no set release date, just a title, the collaboration album from Chance the Rapper and Kanye West, Good A** Job, is rumored to release sometime during quarter 2 of 2019, with previous song collaborations such as Waves, Famous, and All We Got, this collaboration is something to really look forward to.

With the majority of Top Dawg Entertainment’s lineup set to drop a project this year, it’s hard to determine which is the one to look forward to the most. Kendrick Lamar, the golden child of TDE, is set to release the follow up to his 2017 award-winning album, “DAMN.” Schoolboy Q is the next TDE signee scheduled to release in quarter 3 of 2019, not much has been said about the album, which is set to be the follow up to his 2016 album, “Blank Face LP”, which debuted with great numbers at number 2 on the Billboard 100. The most highly anticipated album of 2019, however, will be coming from the long-time TDE member, who hasn’t released music of his own since his 2016 debut album, “The Sun’s Tirade”, but with a single leaked through the LA Leakers, “How I Started” sets a solid tone of lyricism and insane production from Isaiah himself, and TDE’s Jay Rock.

Dreamville as a collective may be one of the most-talented storytellers in the industry right now. From J. Cole’s use of melodies, JID’s rapid flow, Bas’ reminiscing, and EarthGang’s heavy cultural influence, there will be no imperfections on the recently recorded “Revenge of the Dreamers III”. While Isaiah Rashad may have the most anticipated solo album for 2019, Dreamville’s ROTD 3 no doubt with be the best collective album to come out this year.

With so much music always coming out, it can be hard to keep up with all the new genres as well as new artists. With recent emergence from underground artists and returning veterans in 2019, it will no doubt be an insane year of music releases.