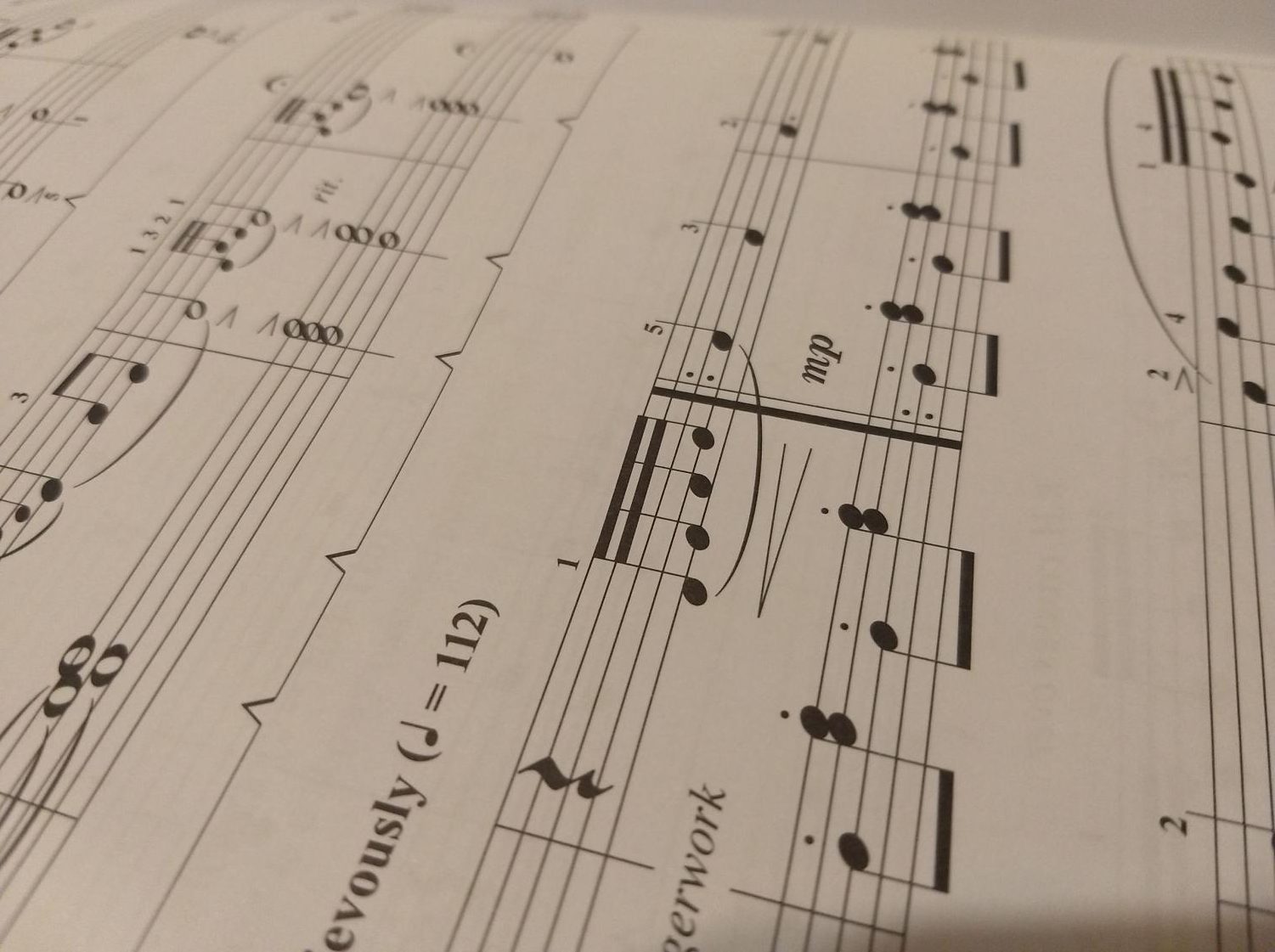 Why A High School Music Credit Should Be Required

The one thing that most people have in common is that we love listening to music. I’ve personally never met someone who has said they don’t like listening to music. From being in the car with your best friend screaming the words to your favorite song, to singing by yourself in the shower like nobody’s watching, you’ve gotta admit we’ve all done it. The thing is, do we know though what is happening when we are listening, singing, or tapping our foot along with a song? Most likely not if you’re not familiarized with music like a musician is. That’s where music theory comes into place.

I’ve always enjoyed learning about music theory, even though sometimes it’s a hard concept to exapand about. I gave it some thought though, and I realized how important music theory really is. Being a musician of course, you need to know music theory. No question about it. But honestly it’s changed my life, not just as a musician, but as a person. Music theory to me is like learning to do math or to read and write. It’s essential to me. As I got to thinking more and more about how important music theory is to me, I wondered if it would be as essential to anybody else that is not a musician or may not be really interested into the topic.

All in all, I believe half a credit of music theory should be required to graduate, just like gym, computer literacy, science, and art is a requirement as well. How is music theory any different from any one of those? One may argue that you shouldn’t be required to take a basic music theory class if you aren’t interested in the topic, but it’s just the same as all the other topics. Music actually involves reading, math, and science in a way you wouldn’t really think possible. Some people don’t like running in gym, or painting a picture for art class, yet they’re required to anyways. It’s all very valuable knowledge and essential in this day of age, because we are constantly exapnding our horizons when we learn new things.

Basic music theory would consist of melody, rhythm, counterpoint, harmony, form, tonal systems, scales, tuning, intervals, consonance, dissonance, durational proportions, the acoustics of pitch systems, composition, performance, orchestration, ornamentation, improvisation, electronic sound production, etc. It may sound like a lot, but just know you’ll be having someone teach this to you. It’ll be an easy concept if you just give it a chance.

I took this to the next level and took it upon myself to talk to one of the AP music theory kids on their thoughts on how the AP class has helped them. I asked, “would you say AP music theory has helpled you outside of class?”

Barent Foley, a junior at Fruita Monument I talked to said, “I’m pretty involved with music outside of music theory and that class offers knowledge that is extremley helpful with music. So for people involved in music, whether they play on instrument, sing, or even ust like listening to music, it can be a valuable resource.”

Foley continued to explain that AP music theory of course is a scolarly course and could be challenging for those who are new to music theory and maybe isn’t the best option to start off with. Which he’s right, and that is why High Schools need to have more of a basic music theory class. Anyone will be able to take this class. Also as Barent said, even if you just listen to music, it’s a valuable resource.

Some further research on the effects of music theory on the brain. Music has a different affect on the brain then most things. Neuroscientists are discovering multiple ways that musical training improves the function and connectivity of different brain regions, according to Pschology Today in 2013. These findings were presented at the Neuroscience conference in San Diego.

“Listening to and making music is not only an auditory experience, but it is a multisensory and motor experience. Making music over a long period of time can change brain function and brain structure,” said Gottfried Schlaug, MD, PhD, who is an expert on music, neuroimaging and brain plasticity from Harvard Medical School. Three Brain Benefits of Musical Training were: one, musicians have an enhanced ability to integrate sensory information from hearing, touch, and sight. Secondly, the age at which musical training begins affects brain anatomy as an adult; beginning training before the age of seven has the greatest impact. Lastley, brain circuits involved in musical improvisation are shaped by systematic training, leading to less reliance on working memory and more extensive connectivity within the brain.

“Music might provide an alternative access into a broken or dysfunctional system within the brain,” said Schlaug. Adding, “Music has the unique ability to go through alternative channels and connect different sections of the brain.”

Julie Roy from the University of Montreal said, “musicians are able to ignore the auditory stimuli and only report what they are feeling,” Roy continued, “that this is solid evidence of an improved ability to process information from more than one sense at the same time.” Musicians have to constantly work with their instrument, read sheet music and listen to the tones they produce. The researchers predicted that they would be better at differentiating sound from touch. Their hypothesis was correct. Non-musicians fell for the perceptual illusion, but musicians did not.

The second study involved brain scans of 48 adults aged between 19 and 21, who had at least a year of musical training while growing up. These findings seem to indicate that musical training can have a huge impact on the developing brain, said lead researcher Yunxin Wang, of the State Key Laboratory of Cognitive Neuroscience and Learning at Beijing Normal University.

Through these few studies that I read, it proved to me that my claim was on the right track that learning music theory can and should be an essential just like math, reading, writting, and science. It was proven that it postively impacted peoples developing brains. It doesn’t have to be learning to play an instrument, or to song, but simply opening up a door for people to experience how astonishing the concept of music is. Music is part of our everyday lives, and has been for hundreds of years. Music theory should be something we need to start teaching in High schools as soon as possible. I think you’ll find it interesting and you’ll definetley learn something new and very different.