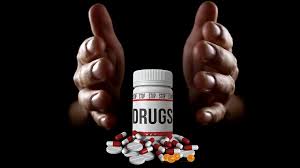 Drug Use in the Entertainment Industry

Drugs have been a large issue in the United States for decades, however the entertainment industry lately has been exposing the public eye to more and more drug use, sometimes even glamorizing it. Celebrities nowadays are seen in the tabloids entering and leaving rehab treatment centers, out at nightclubs and exclusive after parties. These scenes have normalized drugs, exposing them to young and easily influenced fans.

Between 1970 and 2015, 220 celebrities have died due to drug overdoses, most of them were between the ages of 25 and 40 reports BioMed Central. Addiction has  thrown beloved stars off the rails and into the clutches of a dangerous cycle.

The summer of 2018 saw ex Disney and pop star Demi Lovato miraculously being saved after an accidental heroin overdose. She had recently celebrated 6 years of sobriety however addiction is a tough game to beat on your own.

Other stars  didn’t share the same fate. In September 2018, Mac Miller was found unresponsive in his home. Aa deadly mixture of cocaine, alcohol and fentanyl was found in his system. He was only twenty six and had struggled with his sobriety and addiction for years. These names are just a small part on a much larger list of stars who have fallen to addiction.

While many stars who struggle with addiction advocate for others to seek help, including Demi Lovato, Macklemore, and Dax Shepard, many other stars who have large fan bases seem to do the opposite of advocacy. Rap stars like Lil Pump and Trippie Redd seem to encourage drug use to their fans by displaying videos and pictures of them with illegal substances on their social media platforms. These rappers,  young and underage continue to abuse drugs sending a message to their fans that drugs are not that bad. Having some stars push for rehab and away from drugs and others continuing to use drugs sends mixed messages to those who aren’t famous and while people may argue that there’s rehab or other therapies to help. Not everyone can afford to spend thousands of dollars on a problem created solely because one thought it was fun and not a big deal. As celebrities these people need to be advocating for proper help, and detering easily persuaded kids away from these harmful and potentially deadly drugs. Drugs have the power and potential to steal people away from their loved ones and send them down a dark path but with more awareness and advocacy hopefully it will inspire those struggling to reach out and get the help the need and deserve and in the future lead people away from these deadly substances.