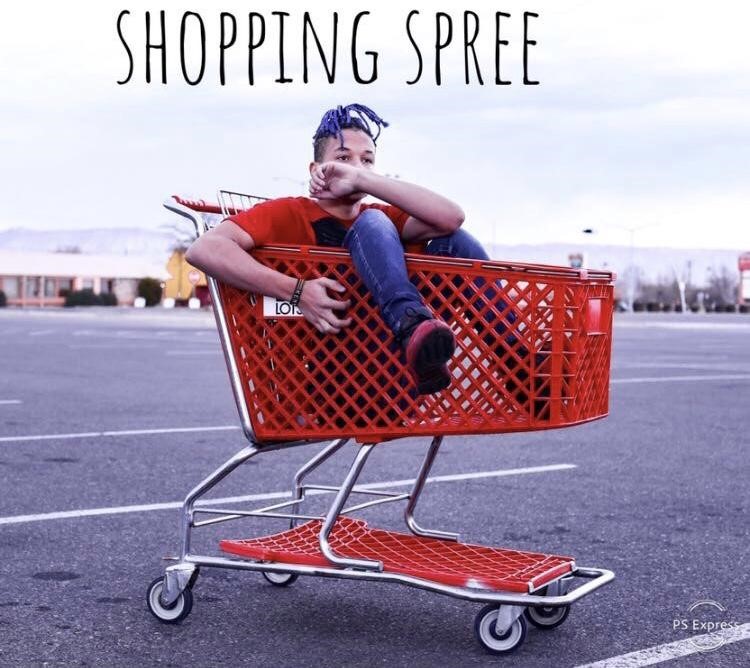 As his dreams have turned more into a reality, the 15 year old rapper, Jesse Jackson, commonly recognized as “Unknown,” is shooting  for the big leagues this year after being personally recognized by famous Youtube rapper Dash. “I requested to join Dash’s live not thinking he would let me because, well, he’s famous. Luckily he let me and I used the opportunity to rap for him.” As it turns out, not only did the Youtube star with over 300,000 subscribers let him onto his live, but he even was offered the opportunity to collaborate with him. “I’ll definitely be taking up this opportunity,” says Jackson. He’s expecting this collab to come out sometime during the summer of 2019.

The rapper further expressed, “My overall goal is to make it big… Really big,” said Jackson. He recalls when all of his dreams were just beginning about two years ago. “I really liked to write poetry that just rhymed really good, and after a while, I started adding beats and more rhythm to it and fell in love with it.”

Last spring after Jackson released one of his first covers to XXXTentations “Suicide.” He immediately became the star of the show after reaching over 72,000 views on Facebook.  “All in all I’ve released 5 songs, but as of right now I only have 2 out.”

You can check out his 2 latest singles “Back in Time” and “Shade” out on SoundCloud now. “I’m actually in the middle of shooting the music video for Shade and I’m expecting it to be released here really soon.” Jackson says the first song he ever released was last year and called “Unknown.” It too was up on SoundCloud until it was recently deleted.

If Jackson could choose to collaborate with any artist of his choice he states that “I would definitely collab with J.Cole.” Some of his other major idols in the rapping industry include Kendrick Lamar, Biggy, Tupac, and of course J.Cole.

“My motivation in the industry is to just push as far as I can, tour, and have shows.” Jesse makes it clear that he “doesn’t care about the fame, I do it because I want to give my mom the world,” (who he claims is one of the biggest support systems in his life). “She’s just always pushing me and helping me to be great,” something that even the biggest superstars need in life.

Furthermore he describes “I came up with the stage name Unknown because everyone is unknown until someone notices you.” Jackson doesn’t believe that there is an “age limit” to dream and continues to write and work on his upcoming songs daily. “Like I said I plan to make it big and I plan to make it there as Unknown.”