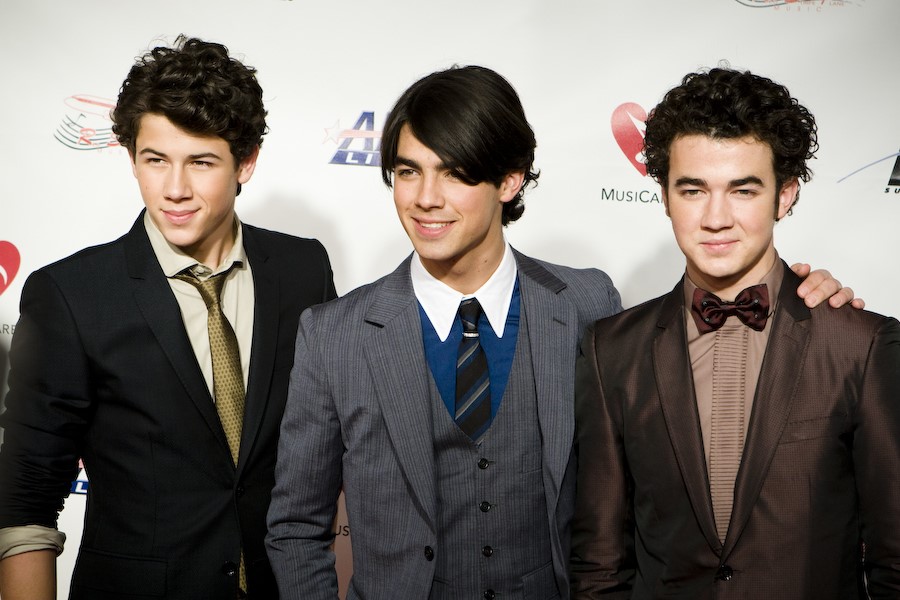 The Jonas Brothers before their split. (Creative Commons via Google Images)

The Jonas Brothers before their split.

Ever since the band has been reunited, young adults from all over the United States– and other parts of the world– have become a “Sucker” for the Jonas Brothers. These brothers have been reunited after six long years of separate lives: Kevin (the eldest) raising his children and putting his effort into his family, Joe singing for the group DNCE, and Nick pursuing his solo career (as well as getting married).

Fans from all over the world were overjoyed when each of the brothers posted their cover art for “Sucker”, the three of them dressed in colorful clothing and smoldering beyond compare. If this post wasn’t enough to stir the pot, the JoBros took over James Corden for a week, starting by filming a carpool karaoke where they told the fact they had been keeping their reunion a secret for up to eight months.

They didn’t mean to reunite at first. Their intentions had only been to create a documentary about their lives. And when the cameras got rolling so did their excitement about working together once again. So they decided to put all honesty and thoughts on the table by utilizing a drinking game (they’re all of drinking age, don’t you worry).  “We put a bunch of questions in a fishbowl that we wanted to ask each other…” and the brothers would rate the honesty 1-10, 10 being the least honest. And for every number the brother’s answer was rated, he would drink for that many seconds. While it is not a recommended way to inspire the reunion of a band, it worked for these three, according to the Entertainment Cheat Sheet.

Their age is not the only thing that has changed. The Jonas Brothers’ sound has completely changed from their reign of 2005-2013. No longer do they find excitement in the ultra-clean pop-rock, long-haired time of music but rather simply new age pop, their lyrics (of “Sucker”) containing more substance like,“You’re the medicine and the pain, the tattoo inside my brain…” compared to ones like, “I told you I made dinner plans. You and me and no one else. That don’t include your crazy friends,” from their song “S.O.S.”

One junior at Fruita Monument High School, Hannah Przystup, says “the song is alright but seems very pop music formulated without a whole lot of their own style,” while another freshman at Grand Junction High School, Rachel Hooper, says “the songs are different than their past ones, that’s for sure. But I do like having them all together, making music again and I like the difference.”

So what more is there to expect from the Jonas Brothers other than new juicy lyrics? Joe Jonas will be marrying his girlfriend, Sophie Turner, soon which will make this middle child the last to be married and with images of Nick’s wedding surfacing the internet more people are learning about the existence of Frankie- the forgotten brother. This youngest child has been featured very briefly in the past of the show “Jonas” but he has remained out of the spotlight through most of his life. So will there be a fourth member of the JoBros? Most likely not. But one thing is for sure, new hot music this summer and excitement from the fans.