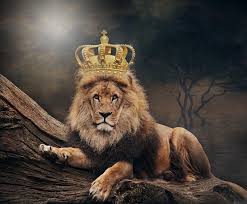 The classic film adored by generation after generation has finally announced the upgrade that we’ve all been waiting for. Disney’s latest addition, “The Lion King,” is set to be released on July 19th, 2019. The remake will feature characters voiced over by Donald Glover as Simba, Eric Andre as Azizi, Chiwetel Ejiofor as the evil Scar, James Earl Jones as Mufasa, Billy Eichner as Timon, Seth Rogen as Pumbaa,  and the queen herself, Beyonce, as Nala.

It’s been 25 years since “Hakuna Matata” was played on repeat, and the death of Mufasa broke all of our little hearts. Feel old yet? So does Josslynn Brittain, sophomore at Fruita Monument High School. “I feel like I am going to cry more than I did when I was 6,” Brittain laughs. She adds that “I don’t feel like the new one could ever measure up to something as classical as the original, just because it’s what our generation has known for all of these years. I definitely don’t think that I’ll be disappointed after seeing it though.” She also adds that “I just hope that the live action stuff is as good as the cartoon. I don’t want it to be lame.”

With quite the opposite opinion, former student of Fruita Monument, Emie DeWeber, has had nothing but disappointments after hearing about the future release. “I think that for all of the money that Disney has you’d think they could animate some emotion for the lions,” says DeWeber. She also expresses her lack of excitement about the new Lion King due to that fact that it is not animated, but live action. “I guess you could say I just feel uninterested and unimpressed about it all just like all of their other live action remakes,” she concludes.

With so many mixed emotions about the remake of such a legendary classic, July 19th, 2019 will be everyone’s moment of truth. It will be the return of yet another Disney movie that will live on for another 25 years. And yes… Bring a box of tissues, because Mufasa dies once again.