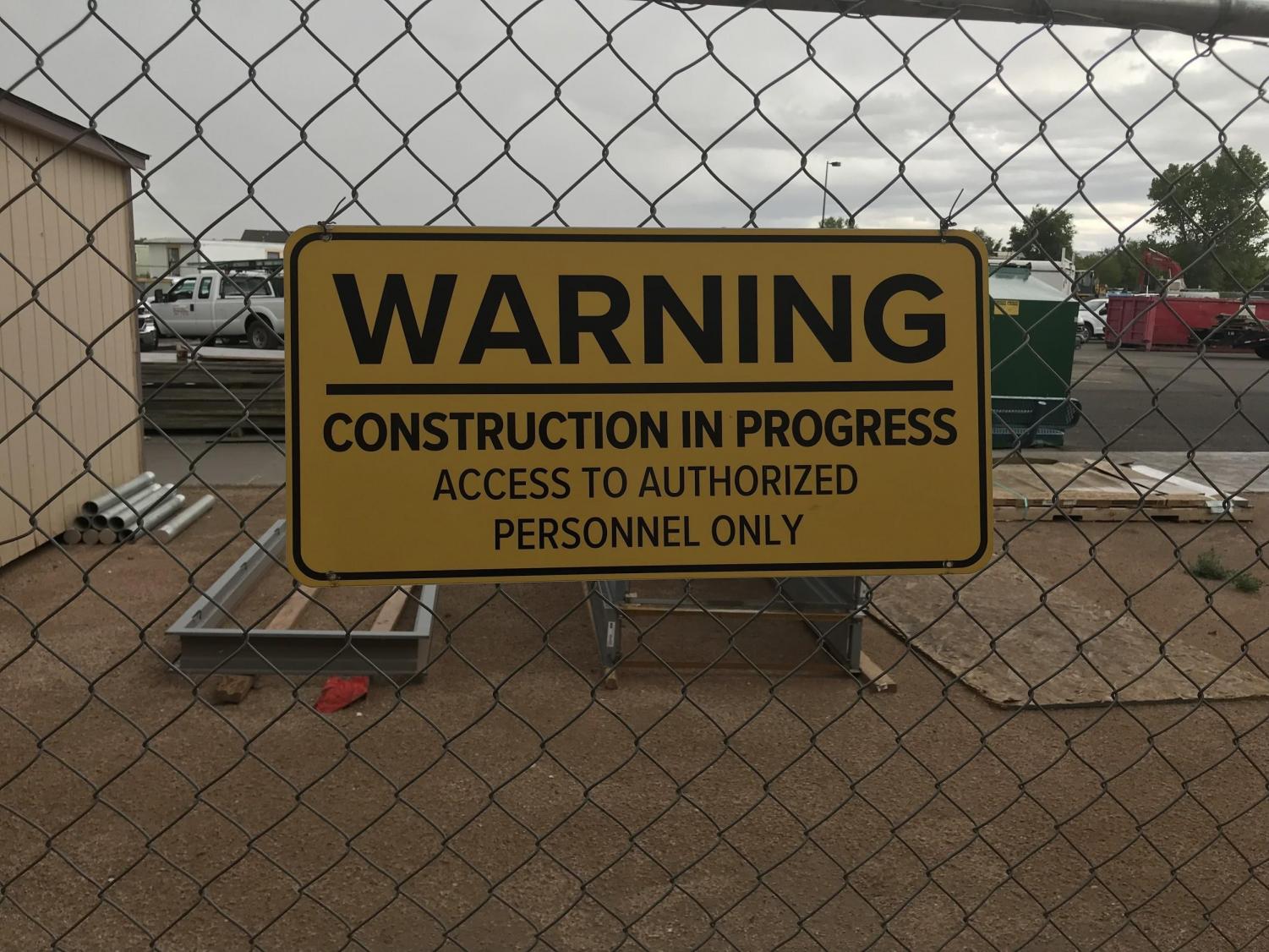 This summer, while staying in Portland, OR with family, I discovered the true potential of construction. Just outside of my grandmother’s apartment, easily seen through the window, a new multi-story building was being built. We’re talking huge cranes, levers, giant blocks, even bigger metal bars! And that is the extent of the construction terminology in my vocabulary. But you, my dear reader, get the point. It was humongous and quite impressive. This was not, however, the greatest part about the construction project.

What was so fantastic about it was that, while sitting on my grandmother’s couch, drinking some of that renowned Portland coffee, one could watch the construction workers painting and chipping, drilling and hammering. Just close enough to be able to see them clearly, but not close enough that one could hear the obnoxious sounds that often go along with construction projects of the kind.

Balancing expertly on his ladder, wearing a bit too much of his construction-worker uniform, he was probably around 19 years old and the most entertaining thing I’ve ever seen outside an apartment building’s window. After about 40 minutes of watching him, my mom and sister on either side of me, he noticed us and waved charmingly, seeming amused. I set down my coffee, leaned back into the couch cushions, and waved back. Turning back to the wall he was painting, he took off his helmet and shook out his luscious brown hair. Well, just put me in an orange vest and sign me up for the crew why don’t-ch’a!

After hearing this lovely story, readers of this article may just begin to understand why, when arriving to Fruita Monument High School on the first day of school this year, I was just a little disappointed to see what construction looked like at FMHS. Let’s just say our school definitely sets its standards too low. Like way too low. Like underground ruins too low. As of several weeks into the school year, I have not seen one cute construction worker, and this project of rebuilding the courtyard, rather than helping me calm my mind and focus on the moment, has inconvenienced and driven crazy every student, teacher, and staff member to be associated with this establishment.

One starts to wonder if this whole school-renovation thing is even worth it. Have you seen Grand Junction High School? It is literally starting to sink into the ground! The walls are separating from the floors! Maybe we should just send FMHS’s construction crew over there to help those more in need. I know I won’t miss them.

Not to mention, sending the construction crew over to Grand Junction High School might help our football team’s chances of kicking GJHS’s football team’s butt once and for all! Those Grand Junction football players shall be so exhausted from having to walk at least 3 times the distance to get to their classes, as all of FMHS students are experiencing now, that in their weakened state they will be no match for our team. I personally don’t care whatsoever about football, and I know just about as much about it as I do about construction terminology, but it’s still evidence for my argument.

Now, my devoted reader, I know what you are probably thinking. How can I be so quick to pass judgment on the construction crew at FMHS? Have I seen every construction worker to determine for sure that there is no one who can match my Portland love?

My honest answer to those questions is no, I haven’t. And so, on September 5th, 2019, I set out to investigate. I set out to ask questions, to gather evidence, to collect witness statements. How truly lowly and poor-quality is the construction project at FMHS? Or is it actually better than I originally thought, our mutual disagreements just honest misunderstandings? Read on to find out, my entranced reader…….

“It’s a hellway! If there are hallways in hell that’s exactly what they’re like!” said an anonymous student, speaking on one impact the construction project is having on her school experience.

I know one isn’t supposed to bring one’s own opinion into reporting, but I thought this couldn’t have been a more accurate way to describe it. Talking to other randomly selected students at FMHS (a.k.a. the ones closest to me at the time I remembered I needed to get interviews for this article), it seems that there is a consensus when it comes to the school renovation. “Annoying”, “inconvenient”, “terrible”, and “Oh, stop making such a big deal about it” were some of the words used.

And then it was time. Time for me to infiltrate the construction site itself. During a free period, I walked to the front of the school, just me and my phone as a backup. There, the construction workers, all men, were doing whatever it is they do to get things built, reminding me of ants building an ant hill. But with helmets. I snapped some photos of them and their funky trucks through the chain-link fence they’d put up. Visual evidence: check.

Now all I needed was a statement from one of the construction workers themselves to make my investigation official. But they were staring at me. I felt suspicious enough snapping photos of them as they worked, peering through the fence like some sticky kid at the zoo. Not to mention the chain-link fence. It didn’t exactly welcome visitors. Or junior girls snapping photos and asking strange questions. So I left. Conclusion: not only are the construction workers at FMHS not as good-looking as my Portland fancy, they’re quite intimidating!

With my investigation complete and my article coming to an end (My editor says it’s several hundred words over the limit. I say that every one of my glorious words over the limit is evidence the newspaper needs to up its limit.), I feel accomplished. Accomplished and in total agreement with my initial impression of the construction happening at FMHS.

So I call upon my readers, let us not settle for this! Low standards in any area at FMHS will only result in unhappiness and the failure of our football team this season. I personally pledge that while I will not do anything personally to resolve this very pressing issue (I am too scared of the construction workers), I will stand by anyone who takes it upon themselves! If Portland can have the pleasure of gorgeous construction workers as entertainment, so should we!