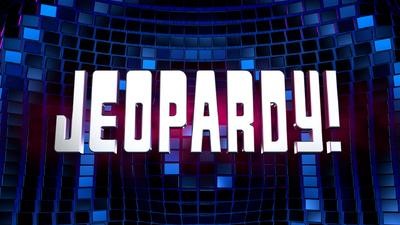 Not many teenagers watch the show Jeopardy. Why would anyone want to watch a trivia show just for fun? There aren’t many teenagers interested enough in general facts for the show to appeal to them. There’s also the added problem of the contestants being pretty bland. Nobody wants to watch three librarians or teachers spit out facts about an opera that no one’s ever heard of before. All of this is making Jeopardy sound pretty boring and uninteresting. But there’s a lot more to the show than just that, and last April, James Holzhauer showed everyone the exciting things about Jeopardy.

James Holzhauer is a professional sports gambler from Las Vegas, Nevada who competed on Jeopardy and played the game completely different than anyone had ever seen before. He played 33 games of Jeopardy, winning 2.4 million dollars during his run.

Holzhauer’s strategy was simple, but effective. He attacked from the bottom of the category, immediately clearing off all of the thousand dollar or two thousand dollar clues. From there, he worked his way up the board and gathered thousands of dollars. As he was clearing off the board, he also used Daily Doubles to his advantage by often making large bets with large payoffs. The thing that really worked for Holzhauer during his run was his accuracy. He missed very few clues every game. In fact, in the first 25 of his games, he on average only missed 1.04 clues per episode.

Holzhauer came close, but didn’t quite beat the one record everyone expected him to. Ken Jennings set the record for the highest earnings ever in Jeopardy in 2004 with 2.5 million dollars in a 73 day run. Holzhauer came close, earning 2.4 million by the time his run ended. Although he didn’t beat that record, he did blow another record out of the water. Holzhauer currently has the ten highest single day totals in Jeopardy history. He beat the previous record during his fourth game, raising the record from 77,000 dollars to 110,000 dollars. In fact, he is the first and only player to have reached a single day total of more than 100,000 dollars, which he did six times according to the James Holzhauer Tracker on the Jeopardy website.

Something truly spectacular about Holzhauer’s Jeopardy appearance is how he managed to make the game fun for all viewers. Within the first game, people knew that James Holzhauer was something special. As he continued playing, his viewership began to grow and boosted Jeopardy’s ratings. In the first two weeks of Holzhauer’s run, Nielsen ratings for the show raised 11 percent nationally. His final game had 14.5 million same day viewers, being the third most watched episode of television in the 2018-2019 season.

James Holzhauer, with his spectacular run, changed the way Jeopardy is played forever. His exciting gameplay intrigued millions of viewers around the country, and many were heartbroken when he lost his final game. Luckily for all fans of the nicknamed “Jeopardy James”, Holzhauer will return in November for the Tournament of Champions