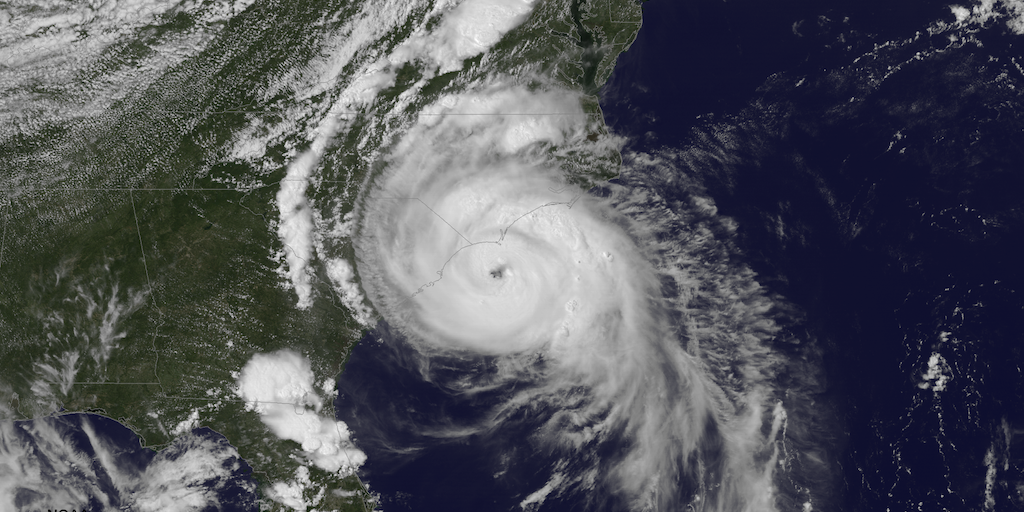 The Hurricane Season Of 2019

In Colorado, we are fortunate we don’t have to worry that one day a swirling storm will come and destroy our houses, schools and grocery stores. In places like Florida, The Bahamas, and Haiti it is an issue that they have to keep in mind, and that one day, they  could lose everything they own. A sophomore Lindsey O’Connor states,” I’m very thankful that I live in Colorado, because I can go day by day not worrying about hurricanes.” Hurricanes are a tropical cyclone with winds of 74 miles per hour or greater that occurs especially in the western Atlantic, and are usually accompanied by severe rain, thunder, and lightning.

Hurricanes are most prevalent  from June 1st to November 30th which is known as hurricane season.These storms can cause tremendous amounts of damage from flooding whole cities to destroying entire neighborhoods. According to World Vision in 2017, Hurricane Harvey, a category 4 hit Texas with winds up to 130 mph. It became the country’s first major,category 3 or higher hurricane since Wilma hit Florida in October 2005. Authorities and first responders handled as many as 10,000 rescue missions around Houston, and at least 30,000 people fled to temporary shelters. Hurricanes Irma and Maria followed within a month of Harvey, affecting Florida, Puerto Rico, and much of the Caribbean, causing $50 billion and $90 billion in damages. Kenlie Jewell a sophomore said,”  My Uncle lives in Florida and after hurricanes he rescues animals that have been stranded or lost their home.”

As reported by BBC news this year, on September 1st a category 5 hurricane hit the bahamas and was It the highest winds ever recorded for a hurricane at landfall when it struck the Abaco Island. Dorian was a massive storm that killed 50 known people in the Bahamas left 15,000 homeless and in need of medical care and 1,300 people missing. Dorian also hit Puerto Rico, Greenland, Iceland, Florida, North and South Carolina,but with only category around 1 at the time.

In the United States hurricanes are the Hawaiian islands are the most vulnerable to hurricanes. The top 10 most hurricane-prone cities in the U.S. are the Cape Hatteras, North Carolina. Delray Beach, and Florida.

The aftermath of a huge category hurricane like Harvey or Dorian is not only a great loss for the occupants, but there is a lot of money that is involved with building houses and picking up damage and debris. With Hurricane Dorian bringing in $7 billion worth of damages to the Bahamas, several US charities are on the ground supplying medical teams, tarps, radios, food, water and other aids to help people in need. There are many websites and links to donate to the cause to help people rebuild their homes and their lives.