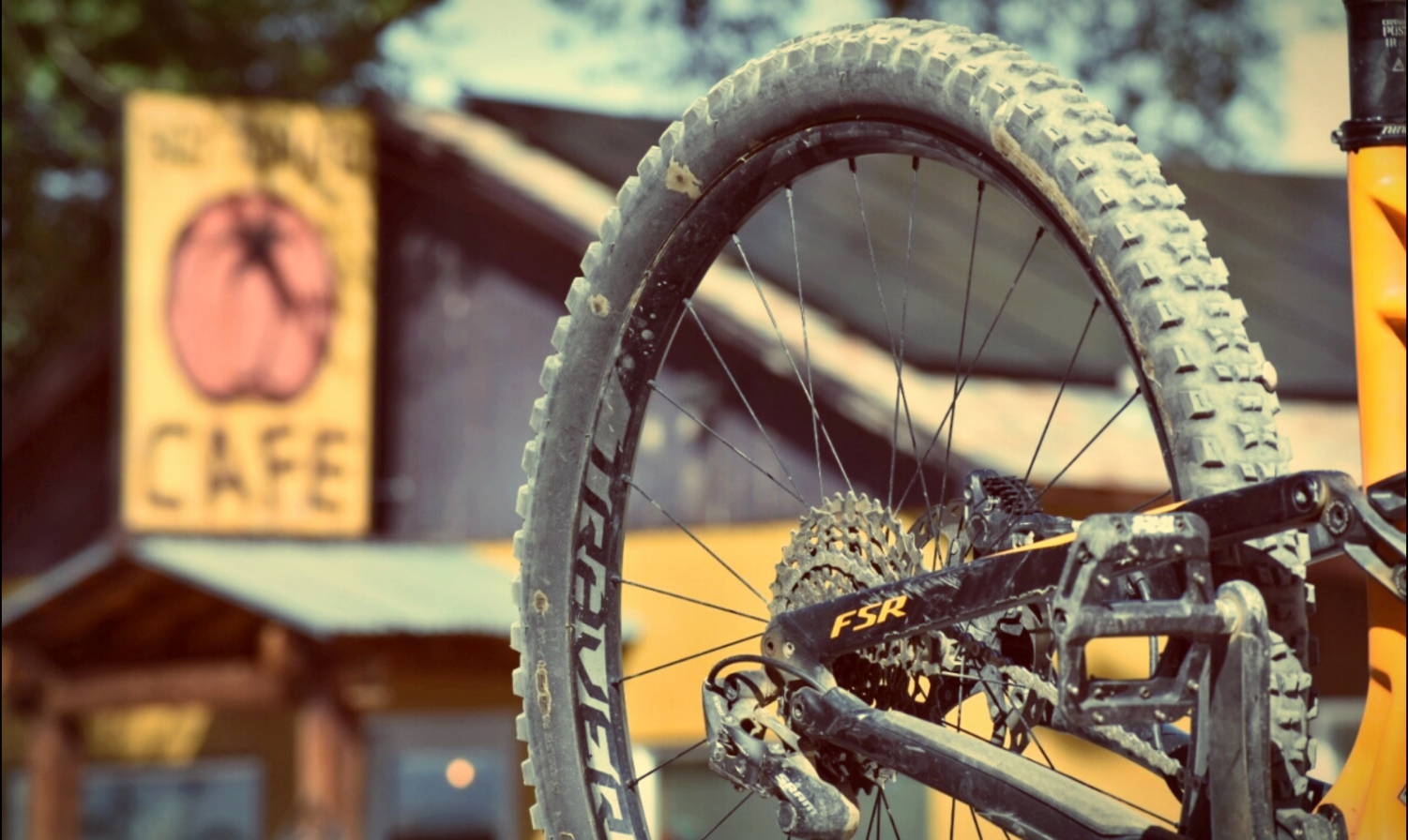 The life behind “Life of Pie”

The name “The Hot Tomato” will ring a bell in the minds of many Fruita residents. The pizzeria is well-known within the community, and has been buzzing with locals since it opened in 2005. The business grew exponentially when they changed locations in 2010, and recently, something has stirred up even more people who are lining up out the door of the eatery to get a taste of the wonderful pizza: a movie.

The movie, appropriately titled “Life of Pie”, is a Patagonia film by the production company Felt Soul Media. It follows the owners of the restaurant, Jen Zeuner and Anne Keller, through their journey of starting a business and becoming a vital part of the community.

Zeuner says that the idea for the movie started when the filmmakers, Ben Knight and Travis Rummel, approached them about making a movie to go with Patagonia’s mountain biking line. Knight and Rummel had worked with Patagonia in the past and the company was eager to work with the Colorado-based filmmakers once again.

“The story that Ben and Travis tells is ‘we had one idea and it was you guys’,” Zeuner explained. The avid-mountain bikers were an obvious pick for the subject of the film, especially since the owners of the business have known the filmmakers for quite some time, as Knight and Rummel have been regulars in the pizzeria since it first opened in 2005.

However, it wasn’t just Zeuner and Keller’s mountain biking hobby that attracted the popular outdoor clothing company. In the past, Patagonia has focused on culture and people as subjects along with the outdoors, and the lives of the owners seemed to encompass everything that the company stands for, and because of that, the film was able to tell the story of more than just good biking, but of good people, good food, and how all three of those things coming together have built up a strong Fruita community.

“We just really wanted it to portray us and the community the way it really is,” said Zeuner. “I think at the end of the day we were just like …I hope it really gets to the heart of what were trying to do. And I think it really has.”

“Anne and I are a gay couple living in a small community,” Zeuner explained. The filmmakers wanted to portray this within the movie, but the pizzeria owners were nervous about how the community might react. “We didn’t know it was going to take this deep dive into us as a couple,” she went on to say, and described how the couple was somewhat shocked at how much of their relationship made it into the final cut of the film, and that waiting to see how people were going to respond was unnerving for the both of them.

“Thankfully [the response has] all been positive.” Zeuner explained that at the movie premier they held in the lot behind the restaurant,  500 people came out to show their support. “It was probably the coolest thing we’ve ever done as an organization,” Zeuner commented about the event.

Aside from the premier of “Life of Pie” at the restaurant, it has been featured in several film festivals such as five point film festival in Carbondale, Colorado, and telluride mountain film, and has even won awards, including best mountain biking film at a festival in Brazil.

The film has been a great success, and Zeuner says that many people from the community and even from farther have come into the restaurant because they saw the movie and loved it. Another positive response has been people reaching out to Zeuner and Keller to say how inspiring their story is and how much they appreciated that fact that it was told.

“I felt like if I could help somebody in their life that’s going through a hard time because they saw this movie and it inspired them to be okay with who they are, like thats not just about pizza anymore,” Zeuner explained. “It’s about making everybody’s day a little bit better.”

Overall, the story of identity, perseverance, mountain biking and pizza, everything came together to give the film an authentic Fruita feel. There is no doubt that Jen Zeuner, Anne Keller, and their hardworking staff make some of the best pizza in the Grand Valley, maybe even all of Colorado, and the movie made it clear that it’s community, as well as the really good food, that have made the The Hot Tomato seen in the movie what it is today. The positive response to the Patagonia film exemplifies the fact that the pizzeria will be in business for years to come, opening the minds and hearts of Fruita locals and out of towners alike, one slice at a time.