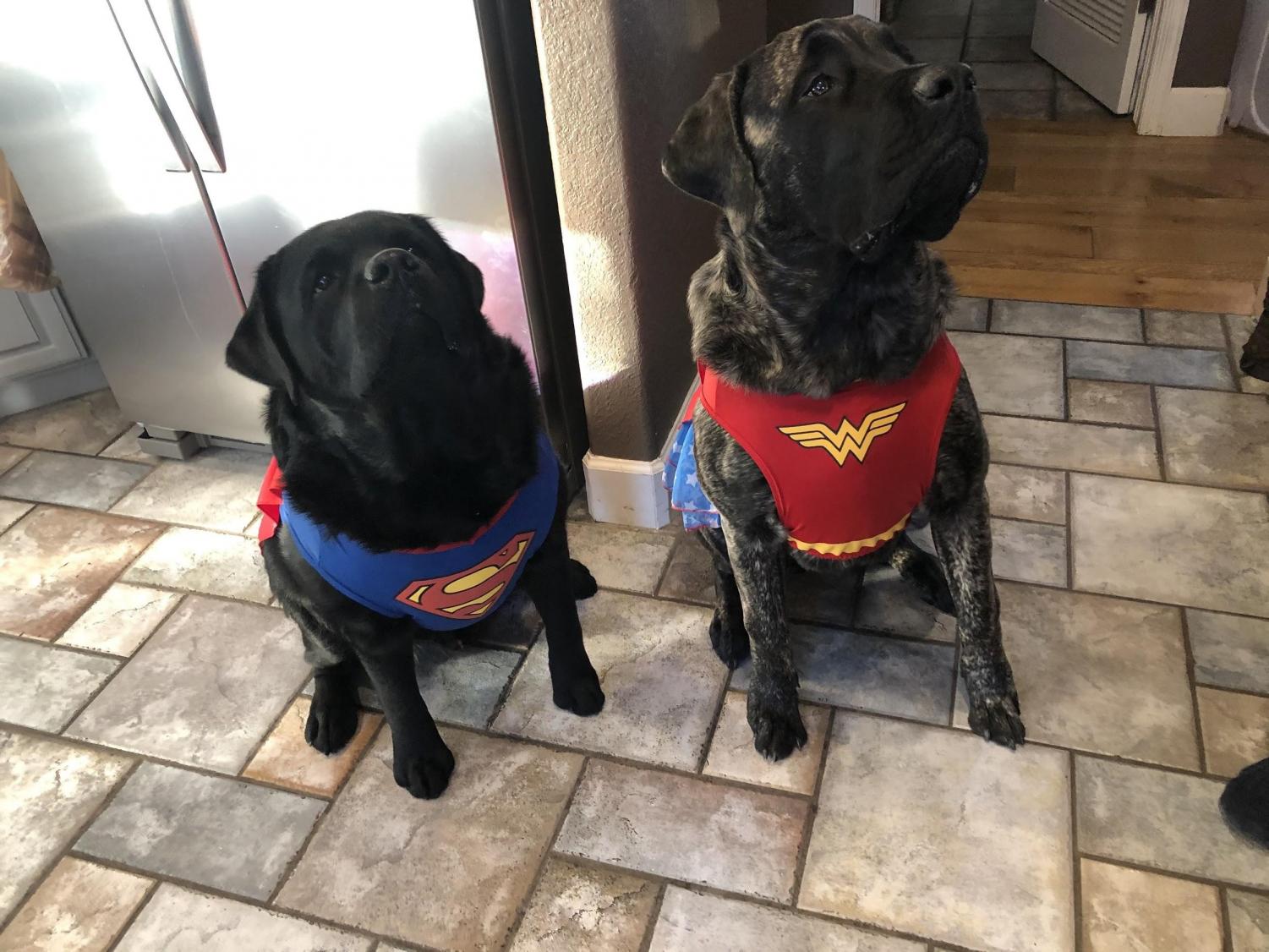 The Benefits of Adopting Dogs

Almost everyone I know has a dog. All of my friends have at least one dog, and all but one house on my street has a dog. Some people, like me, have large, friendly dogs full of energy that people occasionally mistake for bears. Others have small dogs, barely larger than a hand, who use their diminutive size to slip through fences to say hello to neighbors. All dogs are very different, and the story of them coming to their owners is often different too. These stories are unique and often heartwarming, but whenever I hear one that involves a certain phrase, I can’t help but flinch. “We bought him at-” or “We bought her from-” leave me with a bad idea. Shopping for dogs, or buying them from breeders or pet stores, contributes to a terrible industry.

Dog shopping is notorious for being a horrific industry. Pet stores, although seemingly harmless, often aren’t the most ethical places. Most of the puppies and dogs that are sold in pet stores originate from puppy mills. Puppy mills are “commercial, fast-breeding facilities that focus on increasing profit with little regard for the health and welfare of the animals” according to the Canine Journal. These facilities are often filthy, due to lack of clean areas for the dogs and forcing all the dogs to live in confined spaces. The puppy mills also don’t provide their dogs with proper food, water, or veterinary care. They also care more about speed than anything, forcing female dogs to have litter after litter of puppies without giving the dog any time to recover between them. Inbreeding is also a huge problem, often causing those puppies to have serious health complications as they grow older.

All of that sounds horrible, right? Many people don’t know about the origin of those puppies. People buy dogs from breeders or pet stores like that because they want a “designer breed” or a purebred dog. Although those dogs may be more “valuable”, they also are more likely to have health problems as a result of a lack of genetic variation. There’s no real advantage to owning a purebred dog other than being able to say “I have a purebred dog.”

Adopting has a multitude of benefits, the first of which is the price. There are certain adoption fees, but they are a fraction of what someone would pay for a dog they bought. Adoption fees vary on the pet’s age, but they’re usually between $25 and $150. Dogs from breeders can range anywhere from $300 to several thousand dollars depending on the breed, according to Pet Yak. Additionally, getting a dog spayed or neutered can be pricey, but many shelters have dogs for adoption that are already spayed or neutered. For example, I used to volunteer at the Denver Dumb Friends League and they would spay or neuter any dog that came into their shelter that needed it.

Adopting also helps other dogs. Adopting a dog from a shelter allows for another dog to take their place. Many shelters across America are already overflowing with animals. According to the ASPCA, 6.5 million dogs and cats enter animal shelters nationwide each year, and there are still more dogs on the street. Adopting a dog from a shelter helps another dog take its place and receive the care it needs.

Some may argue that shelters don’t have any of the designer breeds that one might desire. My dog is a labradoodle, a breed considered to be a “designer mutt” because while they are mutts, specifically a mix of labradors and poodles, they have many desirable traits of each. According to Trending Breeds website, a labradoodle puppy from a breeder can cost anywhere between $1200 and $3000. My family adopted our labradoodle as an 8 week old puppy, and aside from initial veterinary fees, his adoption was completely free.

An added benefit of adopting is that for the most part, you know the personality of the dog you’re going to get. Of course there’s some unpredictability, but adopting an adult dog that has already belonged to a previous family lets you know how the dog will react around children. Many shelters also have a description of the dog you’ll be adopting, telling you essential information such as if the dog is playful, quiet, good with children, trained, friendly, or any other important aspects of the dog’s personality. Buying a puppy from a store may land you with an overly skittish dog that’s not good around your three young children. Adopting solves that problem.

Overall, adopting is much better than shopping. Adopting comes with a multitude of benefits for you, the dog, and other dogs. Additionally, the more people who adopt, the greater the decline of the horrific dog shopping industry. Dogs are incredible animals, who we as humans are lucky to have as lifelong companions. The least we can do for them is making sure that they have a happy and healthy life, and adopting from shelters is the easiest way for us to do that.