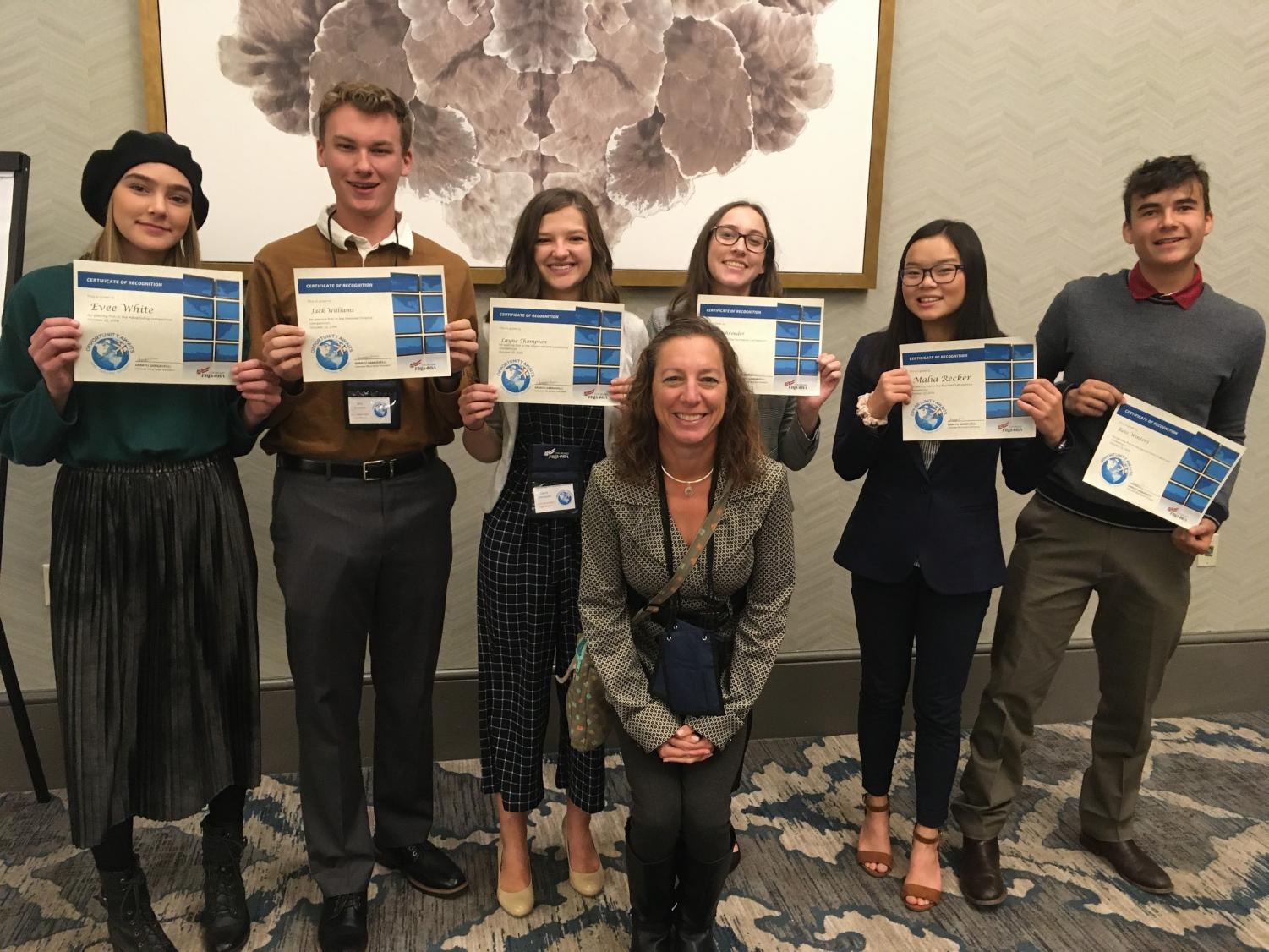 It was a cold week in Vail, Colorado, the FBLA team, or Future Business Leaders of America, were having fun at the State Fall Leadership Conference for FBLA. But they were also looking forward to November, where an even bigger opportunity awaits them.

This year, the National Fall Leadership Conference for FBLA is being held on November 15 through the 16 at the Sheraton Hotel in downtown Denver. Fruita Monument Highschool will be sending students to represent the school. They will be sending the FBLA officers including Malia Recker, Ellie Schroeder, Layne Thompson, Jack Williams, Tullulah Hill and Abigail Portice. The officers are very excited to explore the opportunities at the conference. Jack Williams says, “I am most excited to meet all the other leaders in FBLA chapters from around the state. I am also excited to listen to the various presentations that will be exhibited at the event.”

This is the first time in many years that the national conference is being held in our area of the country. It has always been too far for Fruita’s FBLA chapter to attend because they would have had to either fly or drive multiple days. “I think it’s a great opportunity for us to be able to enjoy and get the benefits of a national caliber conference,” says FBLA advisor Kathleen Recker.

At the conference, the officers will be attending seminars on business and leadership skills. These seminars include things like financial leadership, networking and communication and speaking skills. They will have professional guest speakers leading these interactive seminars. They will also have national inspirational speakers for the opening and closing ceremonies. It is estimated that there will be more than 2,000  students there.

Our Fruita FBLA team is already doing amazing things this year. In October, they had the State Fall Leadership conference in Vail. The Vail trip was open for any member that wanted to go. The state conference is similar to the national conference but on a smaller scale.

At the state conference the members compete in different tests. Of the twelve members that went, Ellie Schroeder, Malia Recker, Jack Williams, Layne Thompson, Evee White, and Ross Winters all won first place in their events. While there are no tests at the national conference, it is still a good opportunity to represent the Fruita FBLA chapter and increase their skills for the future competitions.

The officers are excited to see what the national level of FBLA has to offer. They hope to improve their tools for competing and being successful in the business world. This is a huge opportunity for them. Good luck, FBLA.