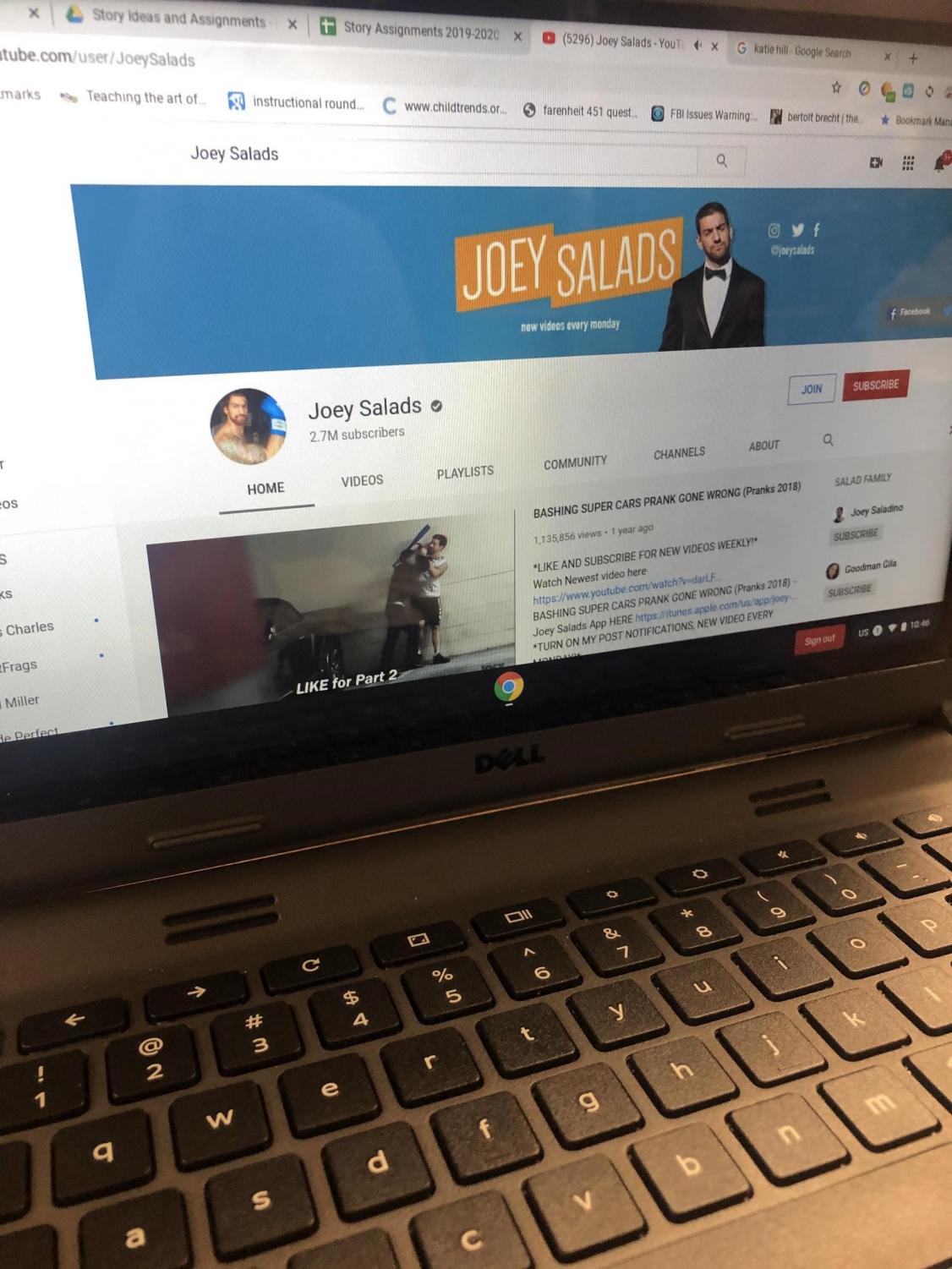 The youtuber that is making a change

We all want to leave an impact on the world, but we question how we are going to do it. Joey Salads, a 25 year old with more than 4 million subscribers combined with YouTube and Facebook, and is registered as a Republican candidate in New York’s 11th Congressional District in late April. Joey Salads is YouTube prankster, and social experimenter, whose real name is Joseph Saladino, appears to be the first YouTube star to run for office. Even with 4 million people following him, many people here at Fruita Monument High School still don’t know his name. Myself though, I have been following him on Instagram and YouTube for about a year. Joey Salads knows exactly how he wants to impact the world, and that’s by influencing people with his social experiments.

One of the videos that he did was him walking down the street by homeless people and drops his wallet to see if the homeless people would return it. When they return it, he asks how much money is in there, and then rewards the homeless person with about $500, a new shirt, and a new pair of pants. Joey was literally giving his clothes away and was left standing just in his underwear and socks. It left the homeless people shocked by the kind gesture. The homeless are hesitant to taking the money and clothes, but Joey insists on them taking the money due to them being a kind and honest person. Joey then says he wants them to get new clothes, a haircut, and apply for a job with the $500. Joey even gives them his phone number to keep tabs on them. One of the homeless people that Joey met with had a collection of art pieces and wanted to give Joey one. Joey decided to take an astonishing picture the guy had drawn of Beevis and Butthead, characters from an adult cartoon.

Joey Salads does many social experiments like this, to reveal the good and the bad in people. That’s what makes so many viewers enjoy his videos.