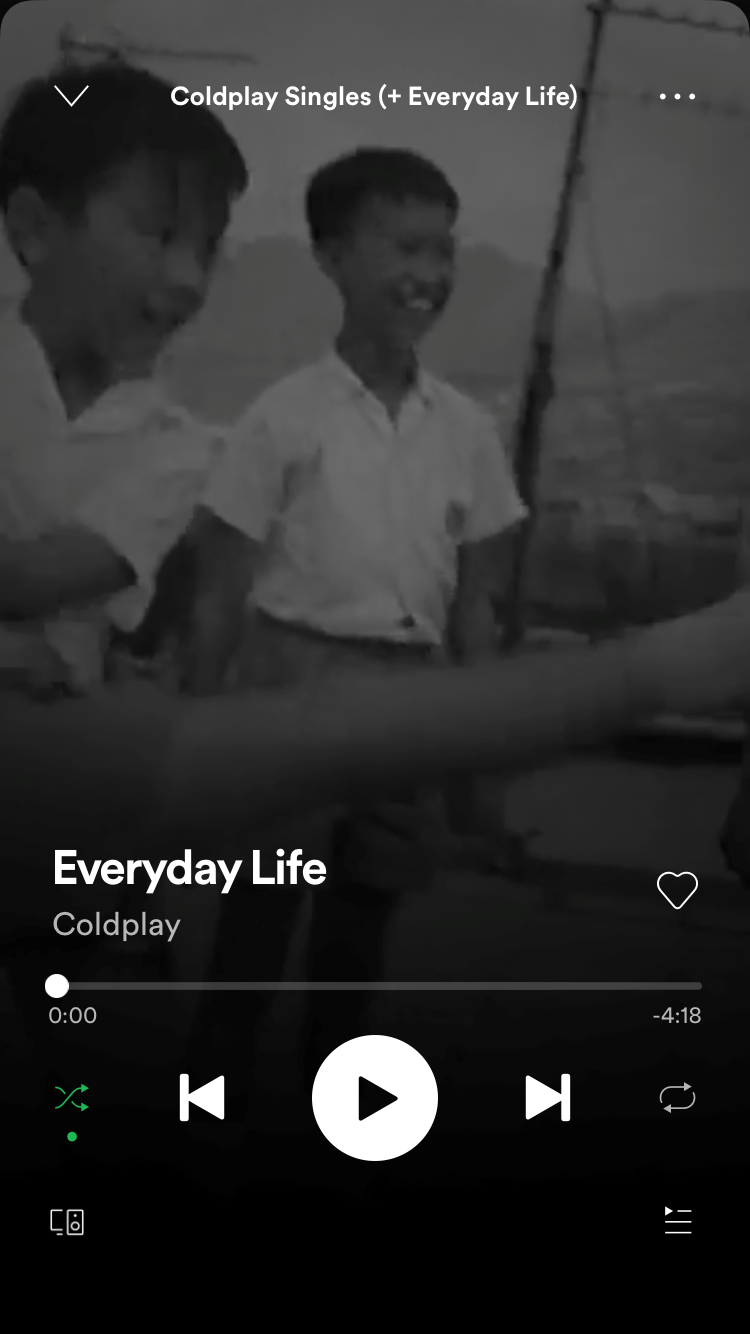 After almost five life-long years of blood, sweat, a lot of tears and literally stalking the group’s social media accounts, the time has finally arrived. Coldplay has finally announced the release of their next album after what seemed like an eternity since their last release of “A Head Full of Dreams” in December of 2015 and their last tour being completed in the summer of 2016. So what’s with the hype for this new album?

This new album is entitled “Everyday Life” and is set to be fully released on November 22nd . Chris Martin, the lead singer of the band, released the following statement on the 22nd of October regarding the new album. “Dear friends… i and we hope wherever you are you’re od for the last 100 years or thereabouts we have been working on a thing called Everyday Life… it is sort of how we feel about things.”

The album will include 16 tracks, one of their largest releases with the first eight being christened “Sunrise” and the last “Sunset.”

These new songs have been said to be a heartfelt return to the bands origins of the rushes of atmospheric tones and textures the band is known for, and of course the beautiful sound of meaningful chords stroked by Chris Martin on the piano. While the album itself can be carried away with the hype of new music, life-long fans feel that the three new single releases that have come from the album are surely not a disappointment.

Throughout the decades, time and time again, Coldplay has created meaningfully beautiful music, with lyrics that strikes a chord with its listeners about the meanings of life, sadness and humanitarian crisis. From their first hit of “Clocks” in 2002, all the way to their latest “Orphans” in 2019, Coldplay has proven to be one of the most influential bands of the last two decades.

With their latest album, the band hopes to shine light on the everyday lives and diversity of humans hey have spent the last five years volunteering and exploring the day-to-day lives of people in less developed countries like Jordan. They hope the songs will highlight the lives of these people and the actions of what these people do in their everyday lives that tie us all together as humans.

Clinging back to humanity, Coldplay also released the cover art to their new album, featuring the band posing as an old timey black and white photo from November 22nd of 1919, one hundred years past from the albums release date. On that day, the longest annual solar eclipse occurred, referring back to the album’s motif of the sun, as if there weren’t enough meaning to their new album.

So with that, the arrival date is on the horizon, and the tour dates in the distance. The hype is back and Coldplay is more alive than ever.