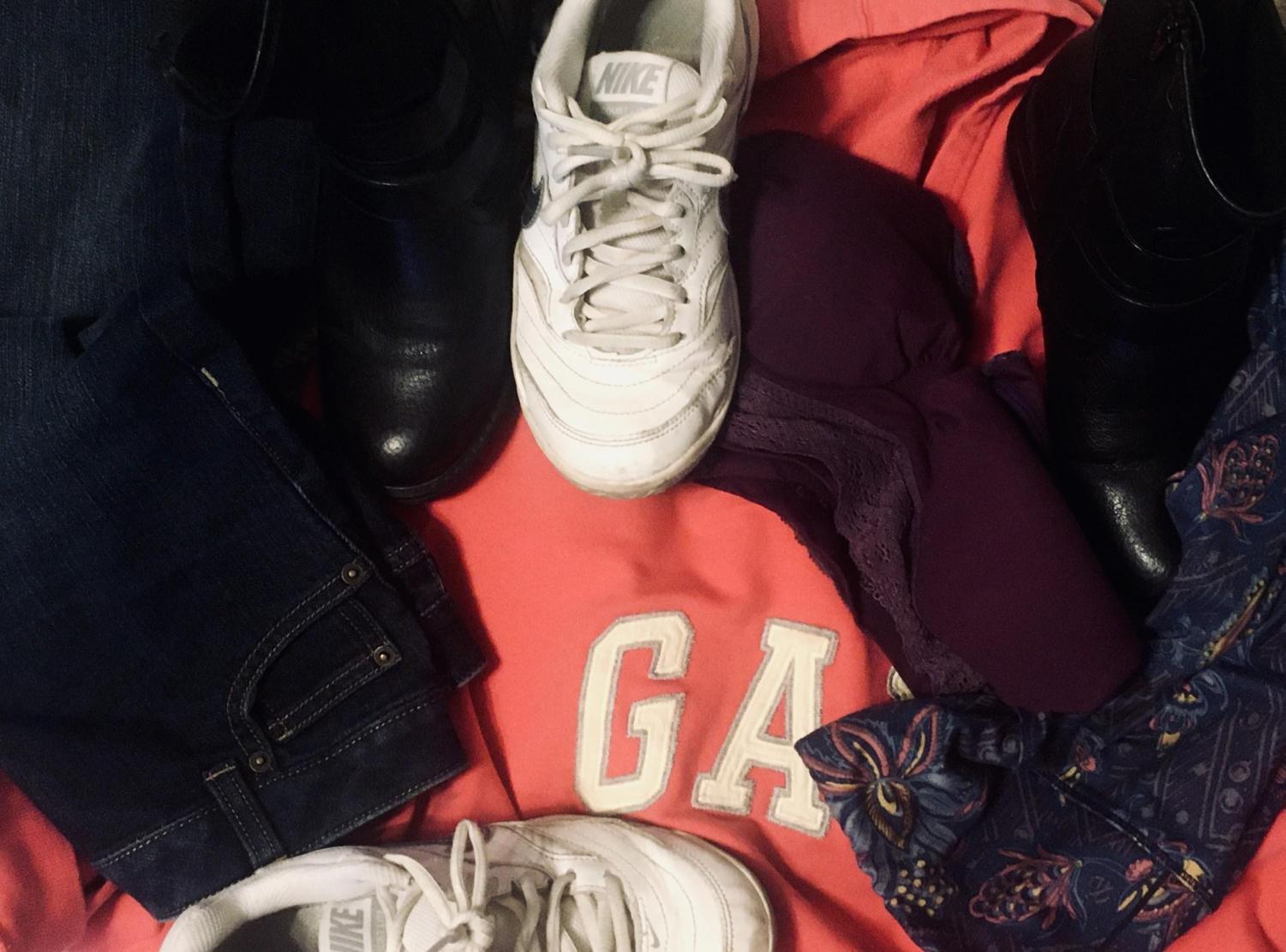 When you or I get dressed in the morning, I’m willing to bet we’re not thinking about it more deeply than what clothes meet a good balance between flattering and comfortable. Little known to us, however, is the complex history involved in how those clothes ended up being made, bought, and put in our closet in the first place. From the shoes at our feet to the hats on our heads, modern garments often have a political and cultural significance far deeper than the ends of their seams. Some fashion items’ history will surprise you, such as the gender-bending past of high-heels. Other items that were the top trend in the past have completely disappeared today. Whatever the attire, politics, culture, and economics are woven into what we’re wearing. Without those strings, fashion today would just be a pile of ratty yarn. Below is described the history of some of today’s most popular clothes.

Jeans: A staple of casual-wear across the globe today, jeans had their start in the American West, being worn by farm and mine laborers in the late 19th century. Throughout the first half of the 1900s, up until WWII, jeans were only found in the U.S.’s western states and were associated with the romantic notion of cowboys and rural living. According to the BBC, early Hollywood movies about the “wild west” portrayed their heros wearing jeans, and this representation was what in large part led people in the eastern U.S. to start wearing them, often as an act of rebellion. In the 1960s, college students wore jeans as a token of solidarity with the working class. U.S soldiers stationed in foreign nations introduced jeans to the rest of the world when wearing them as a connection to their home.

Since then, jeans have evolved and have been a staple of respective eras more than any other category of clothing. Considering the bell-bottoms of the 80’s, constant fluctuation of high vs low-rise preference year to year, and the recent trends of pre-ripped jeans, jeans are simultaneously a popular, uniform style choice and also a form of self-expression.

Bras: Modern women can thank a 1917 WWI metal shortage, as well as a woman named Caresse Crosby, for the fact we no longer have to squeeze ourselves into steel-framed corsets every day.

As reported by NPR, corsets were designed in 1500 to confine women’s bodies into the time’s Victorian ideal. During the times they were in use, corsets were blamed by doctors for medical ailments such as fainting spells and muscular atrophy. In 1914, tired of the boxlike armour she donned everyday, Caresse Crosby told her maid, “Bring me two of my pocket handkerchiefs and some pink ribbon.” In preparation for a debutante ball, she sewed the materials into a simple brassiere.

Crosby’s invention was an immediate hit with her friends, so before long she decided to start a business and patent her “backless brassiere”. Without much commercial success, Crosby eventually ended up selling her patent to Warner Brothers Corset Co. for $1,500. Considering the bra business is now a billion dollar industry, one could probably say she got ripped off.

Yoga Pants: Since Lululemon sold their first pair of yoga pants in 1998, the leggings and other athletic wear have boomed in popularity in and outside the yoga studio. Through the following decades, yoga pants began to fill the country’s closets. In 2014, teens began to prefer leggings over jeans. After that, people started wearing the pants to run errands and as part of a chill-day outfit. By now, many are wearing yoga pants to work.

Yoga pants’ consumer base exploded unlike any other product before it. No longer tied to the practice of yoga, this product’s success is representative of a continued decline of formality through history. Comfortable, stylish, easy to care for; it’s hard to go wrong with yoga pants.

Sneakers: Sneakers really are a dialogue between their producers and the people who wear them. Brands like Nike, Adidas, etc. are often discursive in the branding of their shoes, and in the political positions of the companies themselves.

Developed for the sport of, expectedly, tennis in the 19th century, tennis shoes soon expanded to use in basketball as it gained popularity. Since then, the footwear’s success has been tied to the popularity of exercise. When people were getting fit in preparation for a world war, sales went up, as did they when many American women started getting into jogging.

As professional sports grew into the institutions they are today, the public started noticing the different shoes that the pro-athletes were wearing. By the 1950s, sneakers began to be the footwear of choice for two specific archetypes: athletes and teenagers.

In the 1960s, the rise of African Americans in professional sports allowed the sneaker to be a symbol of Civil Rights. Popular in the basketball and hip hop community, kids of color took pride in the shoes they wore, and were the first to define the sneaker as socially significant.

Arguably the birth of modern sneaker culture is the moment Nike signed Michael Jordan to an endorsement deal in 1984. Jordan wore his Air Jordans during NBA games, defying league rules while he and Nike profited off of his growing fame.

Today many sneaker designs are released and sold in line with specific athletes, events, or political issues. Long before the Colin Kaepernick debate, the NBA star Dwayne Wade released a pair of Black Lives Matter sneakers. The line Brazilian architect Oscar Niemeyer designed for Converse in 2013 contained hidden human rights slogans and symbols. Not only are sneakers now symbols of status on the street (or, to be honest, still tucked carefully in their shoebox), they are also works of activism.

High Heels:  No other product could have persisted since the 10th century despite being so painful. This shoe’s history is a history of gender. Originally worn by men in ancient Europe, heels were a symbol of status and wealth. Their long soles fit well into saddle stirrups and they were fitting footwear to add to that era’s rich man’s wardrobe of wigs and long frilly robes. Eventually women started wearing them as well, and the shoes did not signify gender in any way. During the 18th century, when all those Europeans were a’colonizing, men deemed their heels impractical.

Now considered frivolous, high heels went out of fashion, until the camera was invented. And with the camera, pornography. Men of the early 1900s prefered their half-clad poster girls in the highest heel she could don during a photo shoot, and so the shoe made a comeback.

Today heels are a staple of women’s fashion, and are as thin and tapered as ever. Often, they are even a required part of the women’s uniform in certain jobs. How about we return to that nice 10th century era when men had to suffer them as well?