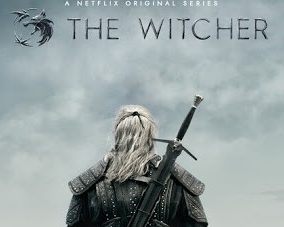 Netflix’s The Witcher: A Review

“The Witcher” was released on December 20, 2019. This show features Henry Cavill as Geralt of Rivia, Anya Chalrota as Yennefer, and Freya Allen as Ciri. The show is about how the stories and destinies of the three main characters intertwine. Geralt of Rivia is a witcher, a person that was mutated by magic and science, resulting in immortality and possessing magic. They are then trained to fight demons. Throughout most of the show, Geralt goes from town to town hunting demons. Ciri is a young princess and at the beginning of the show her kingdom is taken over by enemies and as her grandmother is dying she gives Ciri the instruction to flee and find Geralt. Yennefer is a crippled woman who discovers that she has magical powers and is taken to a school for magic. The show follows the three of them as their stories come together.

I would personally give this show a five out of ten. It’s a good premise for a story and you always want to know what happens next. The idea of a hot and emotionally hardened demon hunter finding love is obviously going to be fairly interesting. The show is entertaining and features some pretty good actors that have been in some big name movies. Henry Cavill is best known for playing superman in the newest movies, Anya Chalrota is best known for her role in Wanderlust, and Freya is best known for her role in Bluebird. The problem is that the show is really hard to follow.  They speak similar to characters in a Shakespearean play, so it’s difficult to understand them. Also, the timeline is really confusing. It switches from past to present a lot, but it doesn’t give any indication when it switches. It took me about half way through the show, after a few dead characters seemed to randomly come back to life, that I realized that this wasn’t all in chronological order. And the second you think you might understand what’s going on, it switches up.

I also had some problems with the characters.  Henry Cavill, who plays Geralt, is for the most part, perfect for the role. But half the time when he talks, you can tell that he is trying to make his voice deep and manly, but it just comes off unrealisitic and stupid. Also Yennefer is an all around spiteful and obnoxious character that makes you want to punch her for a majority of the show.

However, it would seem that most people had a higher opinion of this show than me. The show has 66% Rotten Tomatoes, which is a fairly good score, and got an 8.5 out of 10 on IMDB. Many people loved this show and have compared it to Game of Thrones.

The show was successful enough that the producers have already announced that they will be coming out with a second season in 2021. Fans are already speculating about what might happen.

Even though I was not overly impressed with the first season of the show, I liked it enough that I am planning on tuning into the second season. The end was very interesting and definitely left me wanting to know more.