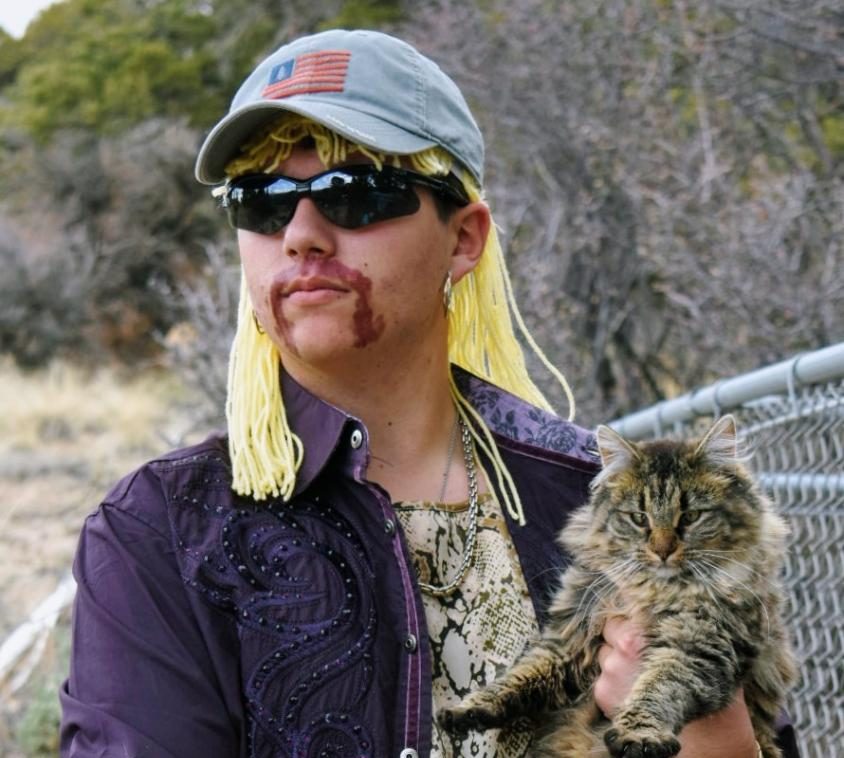 The best shows to watch while in Quarantine

Ah, the new normal- being confined to our houses, and quite frankly, our beds and couches. These seem to be the only inviting places in the world right now. Social media challenges us to come out of the pandemic as a new person. While staying active is very important for our well-being, it’s ok to take this time and relax. What better way is there to relax than by watching a quality show? Below are some of the best shows to watch in quarantine with multiple seasons, genres, and lovable characters that are sure to make your time at home more enjoyable.

Parks and Rec: Similar to “The Office”, this quirky sitcom takes place in small-town Pawnee, Indiana, which is best known for its high obesity rate. Leslie Knope (Amy Poehler), is a passionate government worker who helps manage the Parks and Recreation department. She is extremely enthusiastic about making her hometown a better place and will do just about anything to reach her goals. Other characters include Ron Swanson, libertarian and head of the department, and sarcastic intern April, and more that will definitely crack you up.  Seasons: 7 Available on: Netflix, Hulu

Brooklyn 99: Andy Samberg, another past SNL cast member, stars as Jake Peralta, a cocky yet very talented cop in New York. His colleagues include competitive detective Amy Santiago, dark-humored Rosa Diaz, and family-oriented Sergeant Terry Jeffords (Terry Crews). Jake is known for slacking off and not following rules, so when a new and stricter Captain is assigned to the precinct, changes are made. This show also has seven seasons, with lots of guest stars and is bound to make you smile every episode. Available on: Hulu

Superstore: While the setting of this show takes place in a typical Walmart-like store in Missouri, this show is anything but boring. Floor supervisor Amy is a stubborn yet caring worker at the Cloud 9 store. While it’s not the most enjoyable job, she works to support her daughter and hopes on going to college. New to the team is Jonah, a business school dropout just trying to figure out his next steps. Other characters include Mateo, an overachiever, Dina, an authoritative assistant manager, and Cheyenne, a naive 17 year-old expecting a baby. Just recently finishing its fifth season, this show is a perfect light-hearted comedy that targets real-life issues in society. Available on: Hulu

All American: Living in South Crenshaw, an impoverished neighborhood in California, Spencer James lives in a single parent household with a big dream of becoming a pro-football player. At a game, Coach Billy Baker notices his skill and invites him to play for his school in Beverly Hills. Beverly High is a huge transition for Spencer, as he juggles trying to fit in with the rich community while still staying close to his roots in Crenshaw. Relationships constantly end and flourish in this show as characters’ secrets are slowly revealed.

Junior Mary Austin is a fan of All American. “I think it’s a good combination of drama and the highs of highschool along with problems teenagers face like mental health issues.”

Football player and Fruita senior Gama Gutierrez also enjoys the show. “We get to see what both worlds struggle with, like with Spencer’s struggles with being from Crenshaw and dealing with gang violence, and on the other side you see Olivia’s struggle with addiction in Beverly Hills.” Whether you’re a fan of football or teen dramas, you’ll get hooked.

The Good Doctor: Throw away everything you’ve ever thought about “Grey’s Anatomy”. Most likely, you are still addicted or like me personally, got sick of the random killing of main characters. “The Good Doctor” is a unique take on medical dramas. Shaun Murphy is an autistic surgeon with savant syndrome. A traumatic childhood left him on his own, but Dr. Aaron Glassman, a mentor and father-figure to Shaun, lands him a job as a resident at San Jose St. Bonaventure Hospital. Shaun struggles to connect with his colleagues and patients emotionally, but his incredible surgical skills and knack for diagnosing helps save lives. Available on: Hulu

Manifest: Is time travel real? How much does our government really control? A choice to switch flights to get back home from a vacation in Jamaica ends up changing over 20 New Yorker’s lives forever. Presumed dead, the passengers’ families mourn them for five years until the plane returns unexpectedly with the unaged passengers. Of these passengers are siblings Ben and Michaela Stone, Ben’s son Cal, and Doctor Saanvi Bahl. Upon their arrival, the passengers begin to have visions which they coin “callings.” They later realize these are an aide to help prevent/solve crimes. There are lots of twists and turns in this series, which is on its second season. Available on: Hulu

On My Block: In Freeridge, California, a group of teens are faced with the challenges of starting high school. Their neighborhood is predominantly black and Hispanic with a lot of gang activity. Monse lives in a single-father household and often is by herself. Cesar lives with his older brother who is part of the Santos, a powerful gang. Ruby lives with his large family and can never seem to get some time to himself. Jamal is constantly trying to convince his parents that he’s someone that he’s not. Together the four work together to unlock mysteries of Freeridge’s past while getting themselves entangled in danger. Seasons: 3 Available on: Netflix

Psych: Shawn Spencer, a 20-something year old, is unemployed and lazy. However, he has a special ability- a photographic memory. His father is a retired cop, who taught him more skills, leading Shawn to be hyper observant. One day, Shawn uses his gift to help the police solve a crime. When asked how he knew so much information, Shawn convinces the police that he’s a psychic. From there Shawn opens his own psychic detective agency with his best friend Gus, and solves crimes with the help of his father, and detectives Carlton Lassiter and Juliette O’hara. Seasons: 8 Available on: Amazon Prime

Atypical: Sam is a teen with autism. He struggles socially, but decides he is ready to search for romance. He works with a therapist to try and become more independent. His overprotective mother stresses over his transitions, his father struggles to bond with him, and his older sister Casey has her own list of problems. This show is a heartfelt comedy is a coming of age tale that makes us question the way to find our path to happiness. Seasons: 3 Available on: Netflix

Criminal Minds: There are a ton of crime shows out there, but “Criminal Minds” takes the cake. The acting isn’t cringey and the characters all have well-developed story lines but the show still manages to focus on the crime/mystery aspect. A team of extremely skilled FBI profilers work together to find the world’s most dangerous criminals. Characters include Dr. Spencer Reid, a young genius with multiple degrees, liaison Jennifer Jareau (JJ), wise agent and author David Rossi, computer hacker Penelope Garcia, and more. Seasons: 15 Available on: Netflix, Amazon Prime

Bones: Dr. Temperance Brennan is a forensic anthropologist who works at the Jeffersonian and is also an author. Her services are often called upon by law enforcement, and she tends to work closely with Special Agent Seeley Booth. The two have very different methods of solving crimes and argue often, but in the end they are a good team and solve hundreds of crimes. Seasons: 12 Available on: Hulu

Cold Case Files: If you love the chill of real-life mysteries, this show is for you. Each episode is a recounting of an unsolved crime, with interviews from the actual investigators and families involved. You are walked through every detail of the crime and don’t find out the culprit until the end of the episode. While this show is shocking, you won’t want to stop watching it. Seasons: 6 Available on: Netflix, Hulu

Tiger King: By now, you’d have to be living under a rock to not have heard about “Tiger King”. This documentary follows Joe Exotic, a zoo owner who is notorious for his number of tigers and lions. While his zoo is quite the attraction, there are a lot of secrets about owning big cats. Elizabeth Kennedy, Fruita Monument junior says, “It’s crazy and strange but I can’t stop watching.” This show is beyond unexpected, filled with druglords, murder plans, and more. “It really proves how insane and selfish people can be when they have power over something,” Kalee Kasten, another FMHS junior commented. Available on: Netflix

Diagnosis: This past year, Netflix released this incredible documentary which follows multiple people around the world with mysterious, undiagnosable diseases. Dr. Lisa Sanders writes a column for the New York Times based on the stories of these extraordinary patients. She is on a mission to reach out to the people who have seen countless doctors, yet can’t find an answer. Once meeting with the patient she posts about them and searches for help from other doctors and researchers all around the world. Available on: Netflix

100 Humans: In this science series, scientists gather 100 humans of different ages, genders, and race to perform experiments. Alie Ward, who appeared on “Mythbusters” often, and comedians Zainab Johnson and Sammy Obeid star as hosts and talk to experts to explore what it means to be human. Each episode has unique social and physical experiments that are laughable but have interesting outcomes. Available on: Netflix

Hopefully this list gave you some ideas of shows to watch (or rewatch) while you quarantine. Take some time to yourself, make some popcorn, curl up under a blanket and binge!