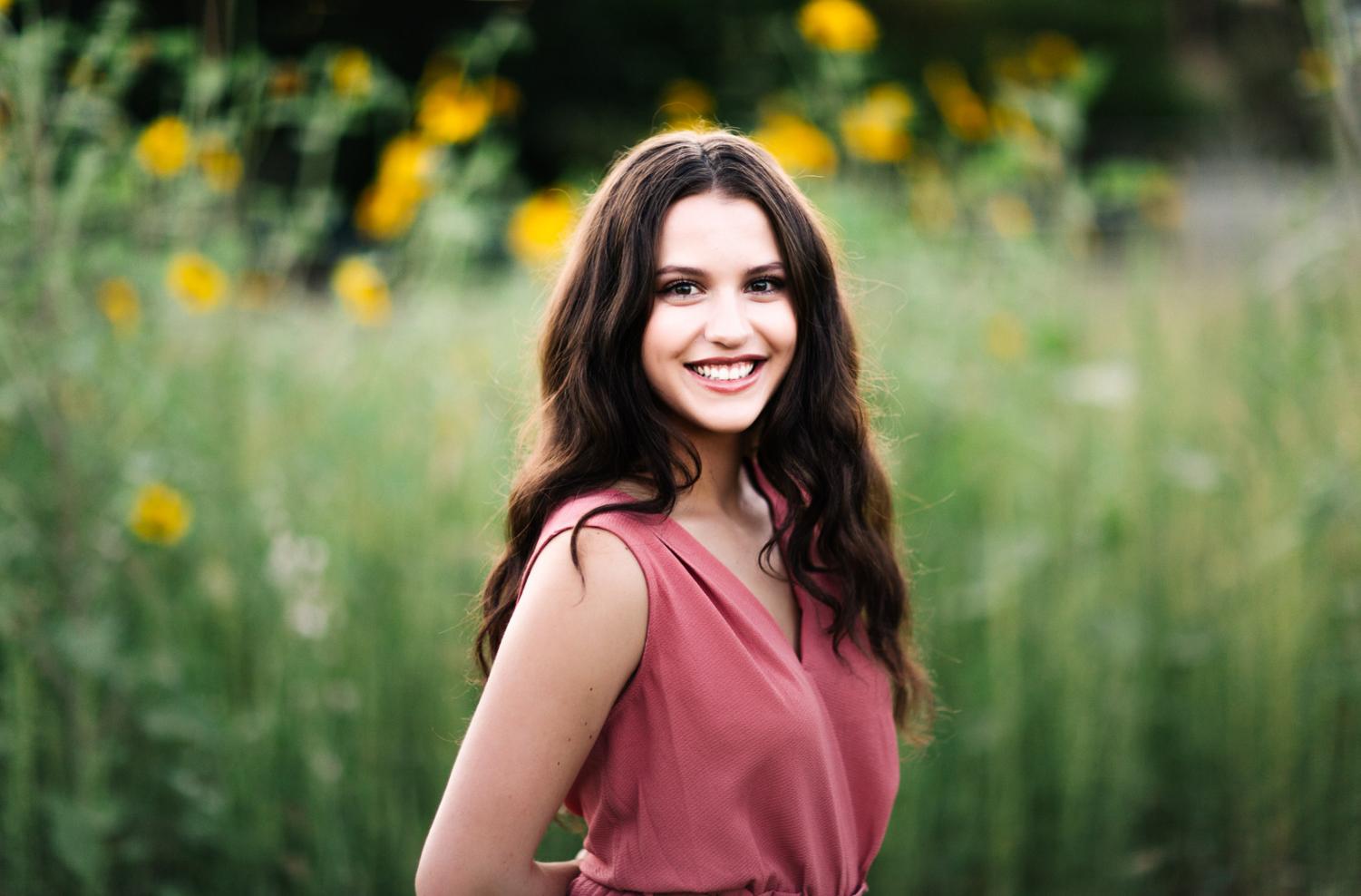 Wow! Who would’ve thought these past 13 years would have gone by so fast? Especially these last four? If you know me, you know that I’ve been wishing for graduation since freshman year, and surprisingly, I want to time travel back to the start of high school just to hold on for a bit longer. High school is such an odd place. It is full of people so different from yourself, but also those who are so similar. Fruita Monument has been one of the most influential institutions in my life. Without all the students and teachers who have given experiences, good and bad, I wouldn’t be who I am today.

The lessons I learned from that brick building, both academic and not, have shown me my inner strengths and weaknesses. I learned from my peers how direct I am. And while it may be perceived as rude, I’ve been shown many other times that it is a necessary trait for success. Without my blunt directness, I wouldn’t know who my true friends are.

I’ve learned my procrastination can sometimes be my friend. There are plenty of times that I have learned more about myself from the things I choose to do while procrastinating than what my assignment would have. I remember having this incredibly long essay to write in my junior year. I had no idea how to start the essay because it was up to the writer on what to write.  Instead of getting started on it right away I cleaned my bedroom and organized all the nooks and crannies. It may sound OCD, but it was a way of stress relief while showing me that I enjoy precision and order. By learning this about myself, I was able to write the essay with a clear mindset. Now I’m not suggesting you procrastinate your work, I’m saying pay attention to what you prefer to do because it says a lot about you. And by the time I got to doing my assignments, I would feel ready!

The largest negative I learned from that brick building is I am not a morning person. At all! Luckily, releases towards the end of my high school career helped me with that. Not to mention the astronomical amount of coffee I drank.

Another weakness high school showed me was my fear of public speaking. Granted, this is a common anxiety for the age group. But luckily I had so many teachers who tried to help with this fear and I can gladly say through all my speaking projects in English, and Spanish, as well as research presentations in science classes, I have learned if you prepare for it you don’t need to be as worried. When I took Anatomy we were assigned a 45 minute presentation. I had no idea how to talk about one topic for 45 minutes! Luckily my group and I had similar opinions. We ensured we practiced multiple times before we presented and had as much detail as possible in the slides so we could be as close to perfect as possible.  Because of all this preparation, 45 minutes didn’t seem like enough time to get all our thoughts out. 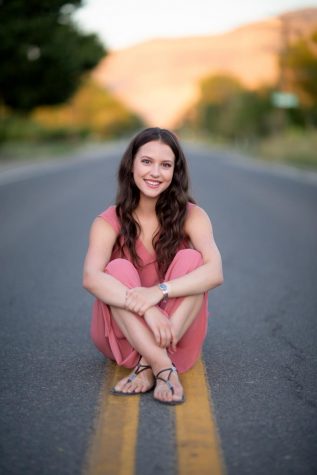 I know when I was going into high school, I didn’t know what to expect. Even though my sister had graduated from FMHS, she and I are so different I knew our experiences would be completely dissimilar. And while the life you will have in high school will be different than mine, here are some of the things I wish I had known, or listened to.

Don’t be afraid to be who you are. It sounds cliche, I know. I thought it did too. Not to mention you may feel like you are changing throughout high school. And to be fair, you probably are. I am not a whole lot like I was my freshman year. But luckily, you can be yourself as you change. Change up how you dress when you feel like it. If someone doesn’t like your outfit, who cares. If you feel like doing full face glam makeup one day and don’t want to wear any the next day, it doesn’t matter. Be authentic to yourself. You’ll enjoy the life of less stress.

Get involved. I played cello in middle school. And for a middle schooler, I was pretty good. But fear took over me, and I decided to quit before I got to high school. And that was probably one of the biggest mistakes I ever made. If you can see the trend here, don’t let fear rule over you. If you enjoy something (music, a sport, dance, more or less makeup, fashion…) don’t let fear take over. But I know, easier said than done. Start small. Towards the end of my junior year I decided I wanted to stop wearing makeup but the thought of going from a full coverage foundation, mascara, blush – the whole ordeal- to nothing scared me. So I slowly stopped. I wore less and less foundation, eventually getting to just mascara, and now I can safely say when I do feel like putting on makeup it’s surprising.

Don’t forget that your family is there for you. I mean this in the sense that they are there to listen to your burdens but they can also be pretty fun. My mother loves to embarrass me. I used to hate when she would tell embarrassing stories about me or try to hang out with me, but now I enjoy her company as well as the rest of my family. Just because you are trying to figure out your identity and your friend group and your popularity, it doesn’t mean you have to separate yourself from your family. Who else is going to help you host movie night or dinner before prom?

Stand up for yourself. If you don’t like how someone is treating you, say something. I mentioned before that I am quite direct, and I know that isn’t the case for everyone, but it is easier in the long run to be blunt from the beginning. Then you won’t waste time on those who aren’t truly there for you. 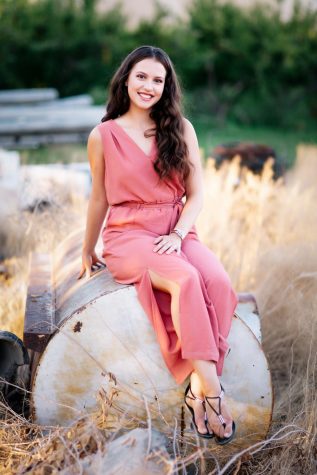 Have school pride. It might just be a “sophomore thing” to be too cool for school, but having pride is actually pretty fun. Belting the chants with your peers is far more entertaining than awkwardly sitting in the bleachers saying, “this is so lame.” Go to more games and events. Everyone involved is putting in their hard work so appreciate that!

You don’t have to be friends with everyone. By the end of high school, I learned I only had a few close friends. And I’m okay with that. Because these are the few friends I know I can turn to when I need them. Be kind to everyone? Yes. That’s just respectful.

High school is just so dramatic. But it doesn’t need to be. I had my fair share of drama in high school. And I learned one thing from it- It was a waste of time and energy. It’s impossible to avoid it all the time, but if you communicate issues and try your best not to be petty then you will have a much less dramatic time.

Don’t regret. Again, easier said than done. But everything that has happened, is in the past. There’s no use continually worrying about it. I know when I did bad on my math tests I would dwell on it for weeks. And all it did was distract me from my accomplishments in other areas. Focus on the present. BE present.

High school is a learning experience as well as a learning institution. So be open to it and thoughtful. And while I’m sure everyone will tell you it passes like a blink of the eye, when you are finally done it truly does feel like that. And while it may feel like a struggle while you’re in it, when that diploma reaches your hand it will be glorious.