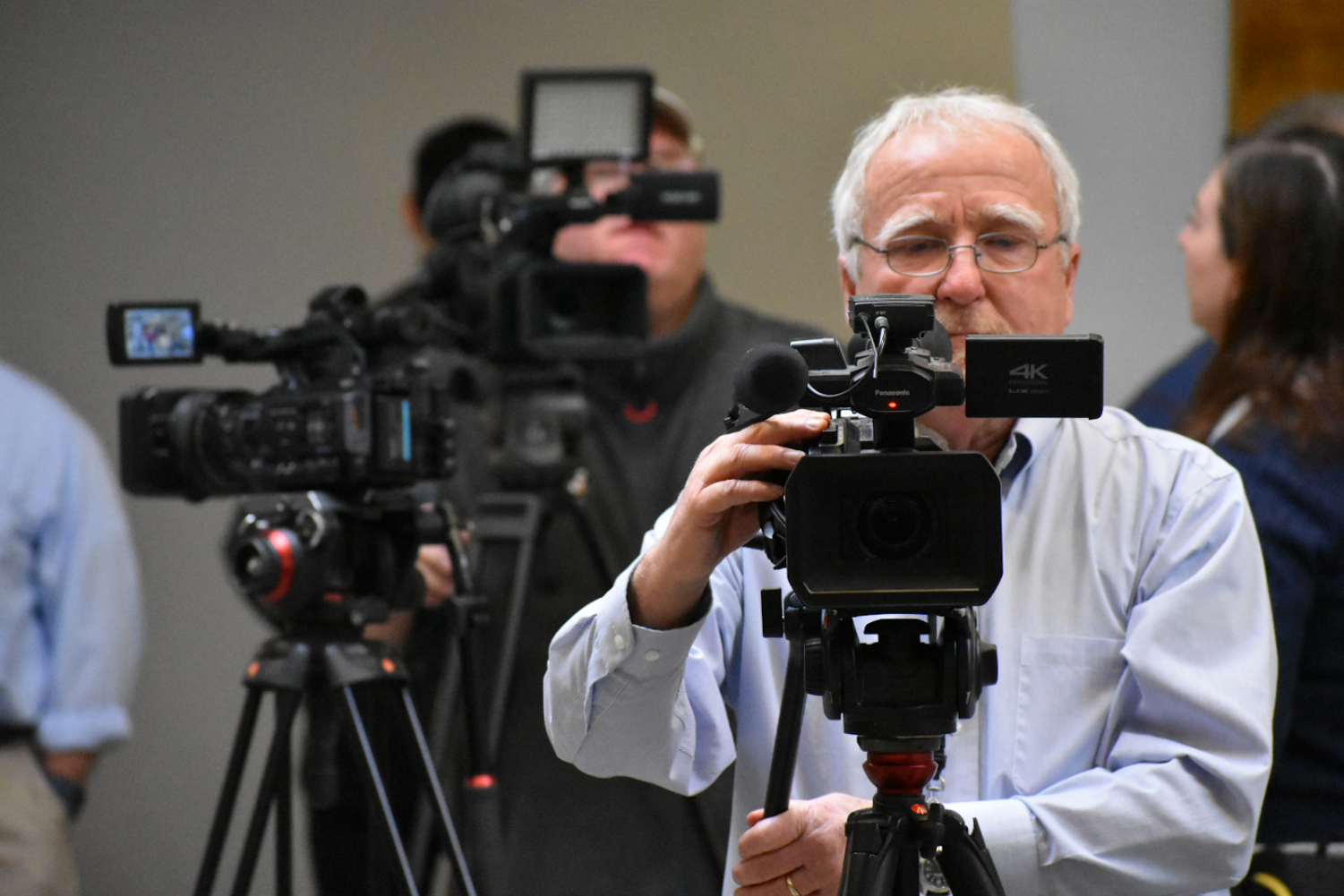 Journalism in the Digital Age

It’s a rainy Tuesday in the spring of 2020 and a middle-aged father watches the news on the television. In the room over, his children are learning on Instagram about a recent celebrity marriage. His wife views a Facebook video of current political developments. In the house, the memory of gathering news from newspapers is far off. Now, the house’s residents can get their news from social media, television stations, videos and other such forms. If the trend of digital news continues, will journalism as a field disappear altogether?

According to an article by Pew Research Center, employment in US newspapers has fallen by around half since 2008. The drop observed may come from the changes occurring in the world around journalism. The digital world is absorbing everything from alarm clocks to communication to shopping. The question is whether or not it will engulf journalism as well.

When  asked about the topic, most Fruita students said that they primarily rely on social media for their news. The common social media platforms mentioned were Instagram, TikTok, and Twitter, although Snapchat was brought up a few times as well.

Some of the students said that they have the newspapers delivered to their houses, but none frequently read them. According to Emma Pinnow, a Fruita Monument junior, her newspaper is delivered daily, but it tends to “Sit in the driveway until it disappears.” Another junior, Cayen Foye, agreed, saying that her mom uses newspapers for “coupons and junk” before they become bird bedding.

In contrast, many elderly people expressed that they read newspapers frequently. A retired resident of Omaha, Nebraska, Jeff Deeths, said, “We [he and his wife] get up in the morning, have breakfast, sit down at the kitchen table, and read the newspaper until the afternoon”. Phyllis Parker, who is retired in a Minnesota small town, receives a local newspaper only once a week but reads it each time it is delivered. She discussed her interaction with newspapers in her childhood saying, “Growing up, we all went to Sunday church then ran to our next door neighbor’s house because they had the Sunday post, and laid on the floor and read different parts.”

Aside from newspapers, it appears that many people still read news articles digitally. Digital articles are read fairly often but not usually considered a primary source of news.

There is mounting concern over the future of journalism in newsrooms across the globe. A piece by Phys.org describes a man named David Ryfe, a professor of journalism, who observed this concern first hand. “Journalism isn’t dying,” he said, “it’s unraveling. It doesn’t have order anymore. There’s a struggle to define it. It doesn’t have integrity anymore. It’s coming unbundled.” In the article, Ryfe described the state of panic that he observed in many newsrooms and the “downward spiral” that has overtaken the profession. He noted journalist’s reactions when they noticed the spiral as well. In 2004 and 2005, journalists were not overly concerned about the digital age or going online. When 2006 and 2007 rolled around journalists and those surrounding them began to worry and bicker amongst themselves over how to face the problem ahead. By the time that 2009 came, there was a mutual understanding that colossal changes were to come.

Along with negative speculation, there are many optimistic views of journalism’s future. The idea that journalism could survive if a variety of adjustments are made is ever growing. A Nieman Lab article states that, “By focusing solely on their community, small newspapers can demonstrate a clear and distinctive niche.” The article suggests that an important strongpoint of newspapers is that they are able to create a sense of community in their writers. Local newspapers can manage this unity more easily than large ones.

Neiman Lab also mentions the importance of utilizing online publication and advertising. “The Transition to Digital Journalism” by Berkeley Graduate School of Journalism lays out a detailed list of digital threats to journalism and how newspapers can use them to their advantage.

While some suggest change for journalism to continue, others are confident that it can live on independently. A Digital News Reporting from the University of Miami points out a few reasons that journalism will allegedly go on. The report discusses that it is in human nature to read and this will not change no matter how many videos are produced. It also states that newspapers, whether digital or printed, can cater much more to special interests as well as containing much more information than any one non-written source could.

A few houses down from the father, his wife, and their children, resides three millennial roommates sipping tea as they read the nightly news from their favorite news websites. In the apartment next to them, a mother of three flicks casually through a newspaper while her kids read the comics. The future of journalism is very much unknown. Its fate lies in the hands of ever-changing humanity. For now, it is time to sit back and watch it play out.

2 Responses to “Journalism in the Digital Age”