How do you tell if that frozen pond is safe to skate on? 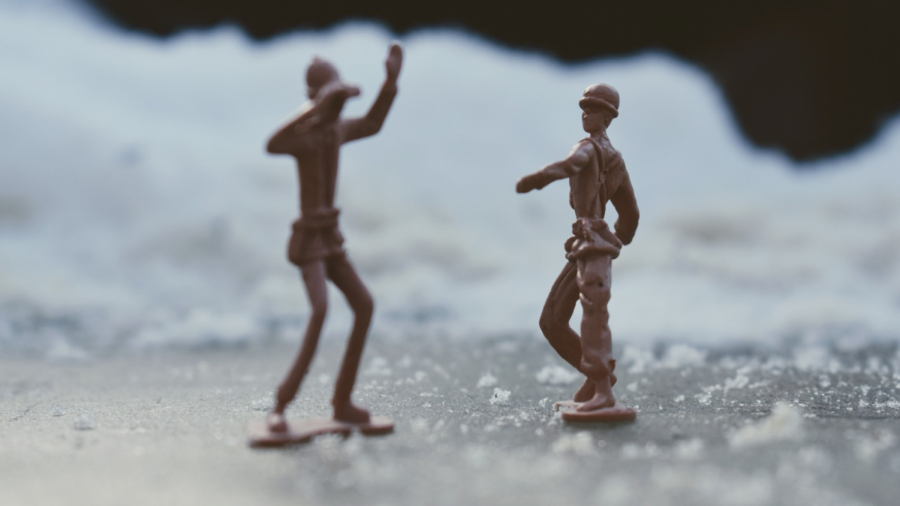 Well the answer is obvious: You try and skate on it. But, no, I get what you’re asking, dear reader. Let’s reframe the question. (And yes, I understand that it was I who phrased the question vaguely in the first place, but we’re moving on.) How do you tell if a frozen pond (or lake, or river, or puddle) is safe to skate on without putting yourself in an uncomfortable or life-threatening situation? The answer to this query is a bit more nuanced.

Let us first consider why this question is relevant to anyone in the first place. At this moment here in the Grand Valley of Colorado, any frozen body of water only stays that way until 10am. No one that will read this is ice skating outdoors. No more than one person who reads this will actually own ice skates. But sometimes an article idea pops into a high school reporter’s head, and she simply cannot bear to throw it out. Sometimes a high-school reporter has heard enough about pandemics, politics, and the end of the world that she can’t bear to write another article on those topics. So when that high-school reporter comes across a frozen pond near Moab, and she wonders if it would be hypothetically safe to skate on, she hopes despite any apparent evidence that someone within her social circle has wondered the same thing and that they would enjoy reading an article exploring the dilemma. So here we are.

I personally have watched several movies in which protagonists or their friends or family members fall through the ice of a lake and die, or come very close to doing so. In some movies people are saved by huskies. In others, they have to escape being killed by a fanatical dwarf named Thorin. Regardless, I expect more fictional characters have required the question explored here answered than real life people, so this is just a mid-article note to, if you know any fictional characters, please forward this reading on to them.

I ask of you, dear reader, to imagine a frozen body of water. Maybe you’re thinking of an ocean, with polar bears and penguins walking about on top of the ice. If that’s the case, you would be doing this wrong. Polar bears do not live in the Antarctic. What I mean here is a body of water that one could hypothetically skate around on while pretending to be Adam Rippon or Barbie in that one movie. Now, does this imaginary stretch of ice have holes or large white bubbles visible underneath it? If so, skating is not recommended. Is the stretch of ice solid and blue, or is it white and brittle? I bet you can guess which is preferred.

If you look up this question on the internet, which is what I would suggest if you’re looking for a real answer and not just some high-school reporter’s rambling, experts recommend chipping or drilling a hole into the ice. If the ice is at least 4 inches thick, it can more than likely support your weight. From my perspective though, no one has time to chip a 4-inch hole through solid ice. A more efficient and nearly as dependable ice-testing method would be to throw something of weight onto the ice, such as a small boulder or your younger brother. If the ice breaks, it is not safe to walk on. Which would make a sibling rescue-mission difficult, but you got your answer.

This winter season in the Grand Valley has not started out as frigid as some winters past, but it still has time to get there. My fingers are crossed that our ponds eventually freeze over and this article proves to be more helpful in the future than it is this December, 2020. Because nothing can compare to the joy of walking atop water like Jesus, looking at stones and grasses, currents and somehow-living beings under your feet. But on the other hand, nothing can compare to the horror of falling through, like Moses, and being too cold to save yourself from death. So to end, I’d like to encourage all to tread carefully. When you come across a frozen pond, remember the water underneath its icy surface is a little chill and kills almost 8,000 people every year who thought it’d be fun to go slip-sliding around. Now if you’ll excuse me, I’m going to go buy myself some skates and watch some water freeze.