What makes a good film?

Big time films seem to be everywhere in today’s world. From films that top the box charts such as “Avengers Endgame”, “Avatar”, and “Titanic”. But there are those films that have high expectations that flop at the box office such as Batman vs Superman: Dawn of Justice and The Amazing Spider-Man 2. This just raises the question of what exactly gains a film popularity and what differentiates a “good” film from a “bad” film.

Avengers Endgame, which released in 2019 is the highest grossing movie of all time. But how do these top movies do it? Was it that it featured tons of our favorite superheroes, the build up, or was it other factors? When asked what he thinks made movies such as Avengers Endgame so popular FMHS sophomore Micah Flinn said, “The build up to it is one thing cause it’s a movie that we’ve been waiting to see for like eight years, and that build up only gains the movie more and more popularity.”

This could be one of the many reasons why Avengers Endgame has received a 94% rating on Rotten Tomatoes. In an interview with The Hollywood Reporter, Avengers Endgame director Joe Russo was asked what made the movie so successful, “Avengers: Endgame managed to become the highest grossing film of all time because it was a spectacular, communal event that audiences knew they had to leave their house to experience, according to Joe Russo. … “I think [audiences] want new and interesting concepts,” said Russo.

On the contrary, there’s the movies that absolutely bomb at the box office and not in a good way. There’s been plenty of movies that have bombed, whether it’s a sequel that doesn’t live up to the hype of its predecessor or a movie that flat out doesn’t gain popularity. Examples of these movies include both Spider-Man 3 and The Amazing Spider-Man 2. Both these movies are seen as flops, as they both received very low reviews compared to the movie they followed. As well as both leading to a reboot of the Spider-Man movies, both these movies were labeled as having the same problems by both fans and critics. They both featured too many villains and seemed to jump around without much character development. When asked what he thinks makes or breaks a movie, FMHS junior Sean Redeker said, “I feel like it’s the plot. If a movie has a simple plot, then you can let your characters shine. But, if  you have a super complex plot then your characters get drowned out and the movie feels rushed.”

But what do the good movies all have in common, with seven out of the top 10 highest grossing films of all time being action films? It seems that action is all the rage now. Yet, is it just the action that brings people in? Aside from those 7 films, the list of highest grossing films includes “Titanic”, “The Lion King”, and “Frozen 2”. These movies give us insight to an event that we perhaps weren’t alive to witness. Or tell a story that isn’t quite what the title tells it to be. Or just a heartwarming story that people enjoy. From being a sequel to a remastered version of an original. Moving to the Action films they all fall in a franchise that has massive popularity, form “Avengers Endgame”, “Star Wars The Force Awakens”, and “Jurassic World”. But what keeps audiences coming back to watch these movies. What most people say is that it’s the characters, aside from the cool action scenes and the plot, they come to watch the characters. Why, because we can connect with them, and feel this sense of attachment to them and wanting to see what happens next with them is what keeps us coming back to watch those characters. That’s why both plot and characters are important to a good film, because when you have a simple yet engaging story, your characters shine and that’s what gets people into the theater. 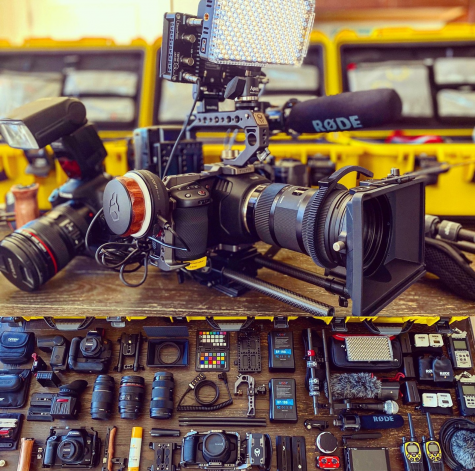