How safe are schools? 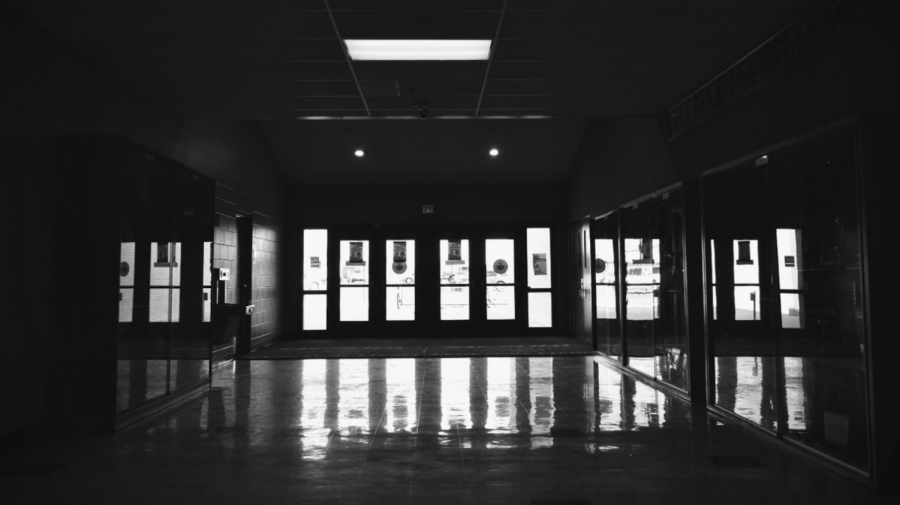 Columbine High School had 25 entrances; 25 possible ways for the killers to enter the building. But they brought their bombs in through the main student entrance, and they went in through a nearby side entrance with their guns shortly after. And the killers were struggling with their mental health, but Columbine seemed to have a pretty inclusive and happy school environment.

So we’re left wondering what it really is that allows tragedies like Columbine to happen. Why do school shootings ever happen, but then why don’t they happen more often, since it’s such a difficult and lengthy process to change laws, school policies, and school buildings?

Overall the question we’re always struggling to answer is the same: How much can we actually do to prevent the next tragedy?

Mental health seems to be a big contributor to the shooting epidemic. Most people with mental illness are not and won’t become violent. But, certain types and degrees of mental illness can make someone more likely to carry out firearm-related violence, especially if their mental illness goes untreated.

Schools seem to be getting more and more involved in the conversation about mental health, which is encouraging. Many schools are adding things like advisory classes and are teaching students and staff about how to look out for each other; things to stop some kids from falling through the cracks. These are hard to execute in a way that students will genuinely respond to, but at least attempting is taking a step in the right direction.

Another source of risk is the security of a school building. The safety of our building at Fruita Monument has recently been aided by the construction project from 2019, which added a new main entrance with a second set of doors that has to be unlocked by someone in the office. Adding our new commons area closed off 22 of the total 56 entrances FMHS used to have, and we also added a fence that stretches from Maverick to the main FMHS building, which helps block off the outdoor classrooms from outsiders.

But another school in our district, Grand Junction High School, was recently unable to get funding for a construction project that would have increased safety there, and that’s a big issue across the country when it comes to school safety: changing existing buildings to be more secure. Schools everywhere suffer from low funding, and altering a school building takes a lot of money.

Gun control is a third main issue raised when shootings happen. Some argue, “Guns don’t kill people, people kill people.” Others respond, “If people kill people, why would you want them to have access to guns?” There’s a variety of gun control policies that have been suggested over the years in response to school shootings, varying from banning assault weapons to arming teachers.

Lisa Crabtree, a social studies teacher at Fruita, shared her thoughts on the subject. She was a high schooler at the time of the Columbine shooting, and she remembered thinking “Nothing like that’ll ever happen again.” Her and her classmates saw some changes come after that tragedy like the banning of trench coats, but she had never done anything like a lockdown drill until years later, when she was a teacher. But she said she didn’t feel unsafe at her school, because Columbine just seemed like such a crazy, out-of-the-ordinary thing.

13 years later in 2012, she was a teacher at the time of the shooting at Sandy Hook Elementary School, and she remembered thinking the same thing: “Nothing like that will ever happen again.” But it has. “I don’t want to say they’re normal,” she said as she was trying to describe school shootings in today’s world, but she’s kind of right: they’re becoming more and more common. We’re becoming used to them.

She was in her first real lockdown in 2018, and she doesn’t remember seriously thinking about if they were going to be involved in something like a shooting. It may have crossed her mind–it probably crossed everyone’s minds–but she was more focused on staying calm, especially for her students. In her class, she passed out little bags of chips that she happened to have and they all played a quiet game of telephone once they learned that there wasn’t really too serious of a threat. Though, cops armed with guns eventually coming to clear their room was a sobering reminder of what they could have been involved in.

Crabtree thinks Fruita Monument has done a good job redoing the campus, and also said she’s glad we’re continuing to talk more about mental health in schools. She, like the rest of us, is unsure of what the answers are, but heartily acknowledges the importance of continuing to discuss, learn, and act in order to move toward a safer future.

She summed up her thoughts by saying we need to prepare for the worst but hope for the best, and I think that’s a perfect way to put it. Columbine, Sandy Hook, Parkland; the names of these schools are all ingrained in our brains; we’re haunted by the memories of the horrible things those students and staff had to go through. But as we move forward, not only for ourselves but to honor the lives lost so far, we need to make the changes we can, hold each other close, and hope for a future where we never again have to commit the name of a school to memory, simply because children senselessly lost their lives inside.