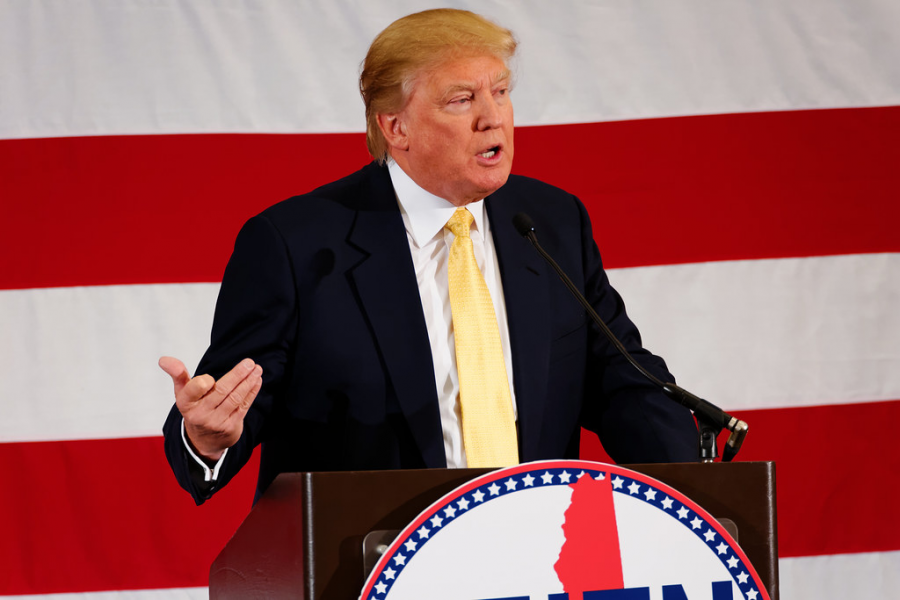 Ever since the latest Presidential election in November, there has been an unusual amount of political unrest. From President Trump’s constant claims of fraud to the Georgia runoffs and everything in between, the news has been constantly political. This all culminated on January 6th, when a mob of angry Trump supporters broke into the Capitol building on the day Congress voted to confirm the results of the election. After following Trump’s claims that Biden didn’t actually win, this mob broke into the House Chambers and the offices of Democratic congresspeople, ransacking everything along the way. After the National Guard cleared the Capitol, and when Trump refused to condemn the mob, House Democrats began to discuss impeachment.

But didn’t impeachment already happen last year, around the same time? And nothing really happened?

Yes, it did, and while Trump was impeached, the Senate voted to acquit, so it seemed like no action was taken. It seems odd that discussions of impeachment started when there was less than a month left in Trump’s presidency, but there are many reasons for impeachment, and many reasons against. In order to understand the reasons, one has to understand the process. Especially now, because it all happened so fast.

The first question is: what exactly is impeachment? As children, we learn it’s the President getting fired. In reality, it’s more complicated. Essentially it’s the way to charge the President, or anyone holding public office, of misconduct. The Constitution loosely defines this misconduct as “treason, bribery, or other high crimes and misdemeanors.” This leaves much of what makes an impeachment up to interpretation. During Trump’s first impeachment, he was charged with abuse of power and obstruction of Congress when he pressured Ukraine into investigating his political rival, Joe Biden, according to CNN.

In order to be impeached, the House of Representatives and the Senate both have to find the President guilty of the crimes he’s charged with. The first step in this process is for the House to draft the Articles of Impeachment, stating exactly what the President did that he’s being charged for. The House then votes on the Articles. In order to be formally impeached, there needs to be a simple majority in the House, which currently stands at 216 votes. The impeachment then goes on to the Senate, where the removal of the President is under question. This vote is more difficult, because in order to remove the President there needs to be a ⅔ majority, or 67 votes. This is where all the past impeachments have ended, when there weren’t enough votes in the Senate to remove the President. This is what happened to President Trump in December 2019.

Besides President Trump, two other presidents have been impeached. Bill Clinton was impeached in 1998 for lying about his scandal with Monica Lewinsky, and Andrew Johnson was impeached in 1868 for violating the Tenure of Office Act by firing his secretary of war, both according to CNN Politics. Both men were acquitted by the Senate and continued to serve until the end of their term. Richard Nixon was on the road to impeachment (and a likely removal from office) after the Watergate scandal of 1974, but he resigned before there was a formal trial.

With Trump’s second impeachment coming in the last two weeks of his presidency, many raised the question: what’s the point of impeaching him if he’s leaving office soon anyway?

Many of the House Democrats cited accountability, according to The Atlantic. They pushed the impeachment forward to set a precedent that no President should be able to encourage an angry mob to break into and ransack a government building without any repercussions. After the attack, Congresswoman Alexandria Ocasio-Cortez tweeted, “There is no ‘healing’ from this without accountability.’”

Now that Trump is out of office and the Biden Administration is beginning their work, the impeachment has been pushed to the back burner, but it’s certainly not forgotten. According to the Washington Post, the Senate intends to begin their impeachment trial on February 9th. If the Senate convicts Trump, he will lose many privileges that former presidents receive, according to Bloomberg. This includes a lifetime pension, an annual travel budget and funding for an office and staff. His conviction would also open up the option to ban Trump from running for president in 2024 or holding another public office, but this would require another trial.

The delay in the Senate trial has given the American people a much needed breath of relief. In the first few weeks of 2021, we’ve had more than our fair share of major political events. As we await more news of the impeachment trial and watch Biden’s first 100 days unfold, it’s important to stay informed, even when things seem too chaotic to understand.