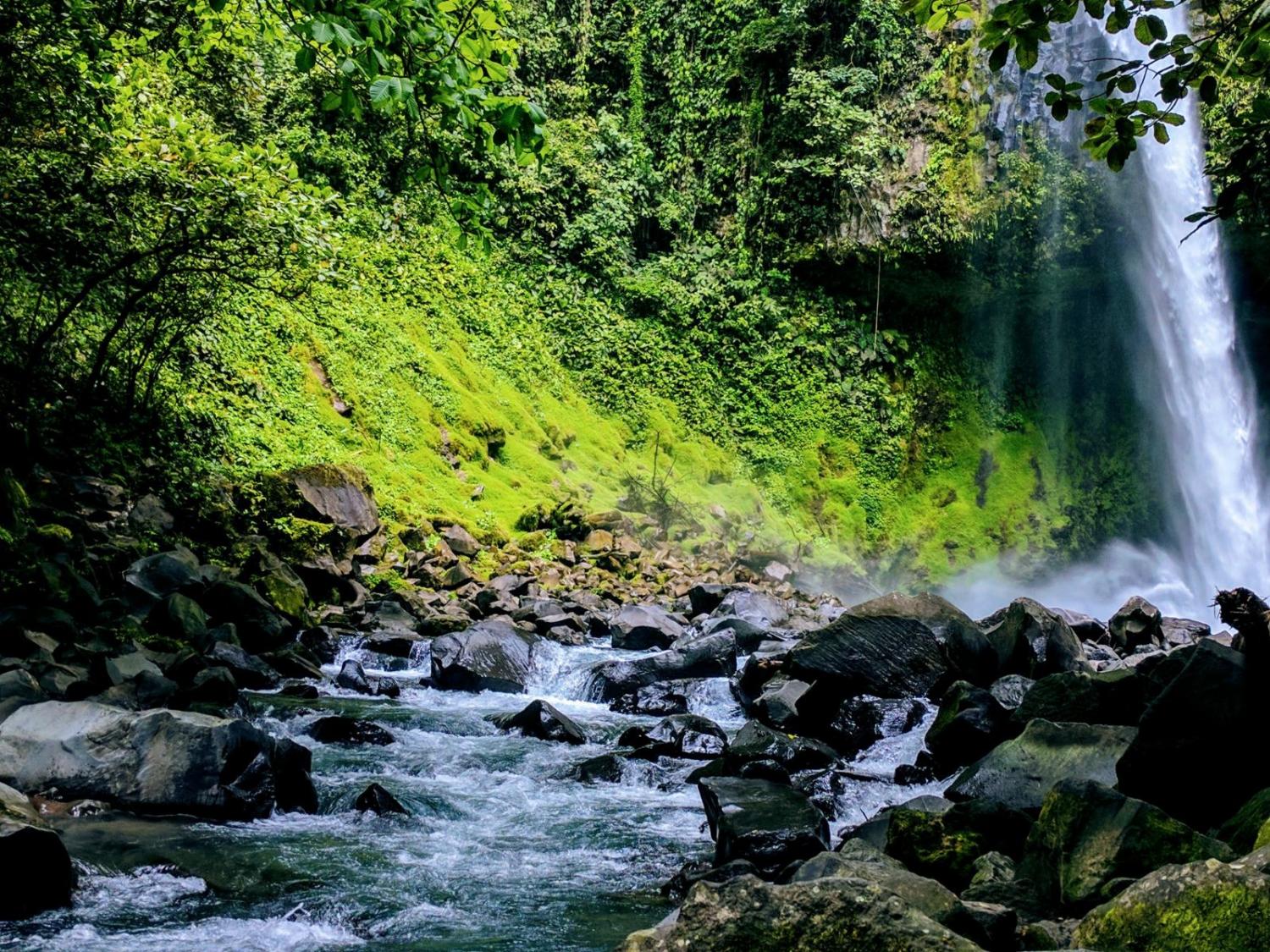 World Travelers In The Making

Last Summer, the school offered two different trips to foreign countries (not including the foreign exchange program): Costa Rica, and Europe. It seemed fitting that some of their favorite tales ought to be shared so that other students could see the endless possibilities the world holds.

Europe: On June 1st, Fruita 8/9 teachers Julie Blevens and Jill Wilford set off for Europe with seven wide-eyed kids and two adults in tow. A quick hop to Denver followed by an agonizing ten hour flight to Frankfurt, Germany soon brought the eleven tourists to Europe. This being the first plane ride for some, was a bit of a daunting experience, but weirdly enough, international flights are surprisingly luxurious! Good(ish) food coupled with your own personal pillow and a movie selection that really wasn’t too shabby made the journey literally fly by. While travelling to Europe is an unforgettable opportunity, it’s also a few miles away from home, so to combat this homesickness the group semi-adopted the policy of “When in Europe, hit up the local McDonald’s.”

Upon arriving in Germany, our eleven passengers then made their way, half-asleep and suffering from a serious case of jet lag, to the small town of Rothenburg where their brief visit was cut short by a definite need for sleep. They were joined by a couple of other high school travellers from across the country and made fast friends with the students from Chadron, Nebraska.

One of the most interesting characteristics about Germany is its unparalleled cleanliness…which comes at a cost. Again, literally. Most public bathrooms require you to pay a euro or two every time you have to go to the bathroom. But no matter! The next day the group traveled to Neuschwanstein Castle, a gorgeous fortress built by King Ludwig II, and headed on for the city of Munich. Here, they started off at Dachau, one of the first concentration camps formed during WWII. Dachau was a sobering experience, but it was something that, as their tour guide said, “every person should see at least once in their lifetime.”

A little later, students took on the streets of Munich (some a little more vehemently than others) with a bike tour whose German guide somehow knew exactly where Fruita, CO was! Shocking, I know. Miah Cordova, a Junior, remarked, “It’s cool to see the different cultures and stuff because it’s nothing like here.”

And he’s right. Everything over there is different, from the stone-faced “no smiling at random strangers”, to the way getting a box to take your food home at a restaurant is considered impolite.

After finishing up in Germany, our crew of Fruita students went on their way to Innsbruck, Austria, where they spent perhaps a bit too much on cuckoo clocks, and later on to Venice! Well, sort of… By “Venice” I mean that they stayed in a little town called Jesolo on the coast of the Adriatic sea. But Venice was just a ferry ride away, and the very next day they set out to explore the streets of arguably one of the most romantic cities in the world, taste authentic Italian gelato and perhaps get a little too lost in the Venetian environment. As it turns out, one can find their way back to a meeting point in Venice despite a minor language barrier.

When I asked his favorite meal he was served, Cordova told me “chocolate salami.” What even is that? Delicious. It’s a roll of chocolate, butter, and delicious.

Rather disappointedly, the group departed after only a couple of days and set their sights on Switzerland, where they stayed in the small ski village of Engelberg and discovered perhaps the world’s coolest slide. (It’s the little things in life.) People in Switzerland are so strangely friendly. They’re always helpful, even when you wonder if they can really understand you, and they have such an intricate, rich culture. Together, they ventured up to the top of Mount Pilatus, a beautiful peak in Switzerland complete with its own system of gondolas and rail cars, before heading back down to reality for a quick day in Lucerne and a rainy couple of hours in Heidelberg, Germany.

At last, their journeys come to an end, and their suitcases stuffed to the point of overflowing (or maybe even just requiring a whole other suitcase), they returned home the same way they came: in style.

Costa Rica: Also in the Summer, Spanish teacher Clint Davis took a group of kids to Costa Rica for fourteen days. They were not allowed to speak English. Fourteen days of only Spanish for students who sometimes only had two years of Spanish under their belt. Intimidating? Probably. But at the same time, the trip was absolutely amazing! Tal Atkins, a senior, said, “The family stay was by far my favorite part…just getting to be totally immersed in their lifestyle and their  culture, I mean that was just so enlightening to me.”

As in Europe, the lifestyle here is very different from our own. Families don’t have washing machines to wash their clothes or dryers to dry them- that’s what a clothesline is for. Here, at least for Tal’s family, they designated an hour each day as “TV time” simply to sit down as a family and watch something together.

June 7th, the day Davis’ class arrived in Costa Rica, was quite the day. After a rousing wait at DIA (in which they spent their time watching conspiracy videos about the shape of the runways, the creepy murals on the walls, and the blue horse statue), the group headed off first to Atlanta, and then on to Costa Rica.

On June 8th, the little party exchanged US dollars for the Costa Rican “colones.” June 9th brought them to a small Costa Rican school where they practiced Spanish with the children there and watched them perform a play they’d been working on. A little later, and they were eating like kings at a Costa Rican fruit farm, even managing to press their own tortillas. After another day hiking and taking in the sights, the group headed to the main event: ziplining in the Cloud Forest. While there are multiple “cloud forests”, this one in particular was special. Charli Geer, a junior who went on the excursion, said, “It went across a whole valley. You literally flew straight through the clouds and you couldn’t see the landing platform until the last seconds.”

Every part of it was exhilarating, particularly the ending where the guides arranged for a “surprise.” And by “surprise,” I mean a free-fall to the ground before a rope catches you and lowers you innocently the rest of the way. The following day was spent lazing around at the beach in Manuel Antonio amongst white-faced monkeys and some very selfish racoons (who knew raccoons stole backpacks?)

June 14th: Meeting the host families! This is the scary part. Filled with all the memories of tropical beaches, rainforest hikes, and stark volcanoes, the group parts, each to their own separate house for the remainder of the trip. While each experience at this point is very different, both Geer and Atkins absolutely loved getting to spend time with their selected host families. Here was the opportunity to build relationships with normal, every-day people from another country. Here our fellow adventurers were able to practice using their Spanish in the real world, and it was here that they discovered what it really means to be a Costa Rican.

As part of the culture in this country, the unique styles of food illustrated just how different their culture really was. The food is also a whole new palette of flavors than we’re used to. Where we have Big Macs, there they have Arroz con Pollo, Gallo Pinto, and dishes of all sorts of unusual tastes. What’s more, Costa Ricans have plantains (cooking bananas) and other fresh fruit with every meal, whether they be fried or baked or something new. Geer remarked on the huge amount of fruit Costa Ricans eat at every meal (particularly pineapple) that is so different from our own meals.

As far as social interaction and day-to-day life, Atkins stressed how “open” Costa Rican culture is as a whole and how “accepting” they were of other cultures and opinions. “I think it’s a great thing for people to see and experience cultures that are different than our own… The world is so big, and there’s so many different things out there, and there’s something for everybody,” Atkins mentioned. Travelling is so important in our lives. Daring to venture past the spherical zone of comfort we know so well into the depths of the unknown is something we must all be brave enough to do at some point. Because as Atkins said, the world really is big, and there are so many wonderful aspects of it that we don’t understand, and if we would only seek to understand, then maybe we could get a glimpse of certainty in this uncertain world.